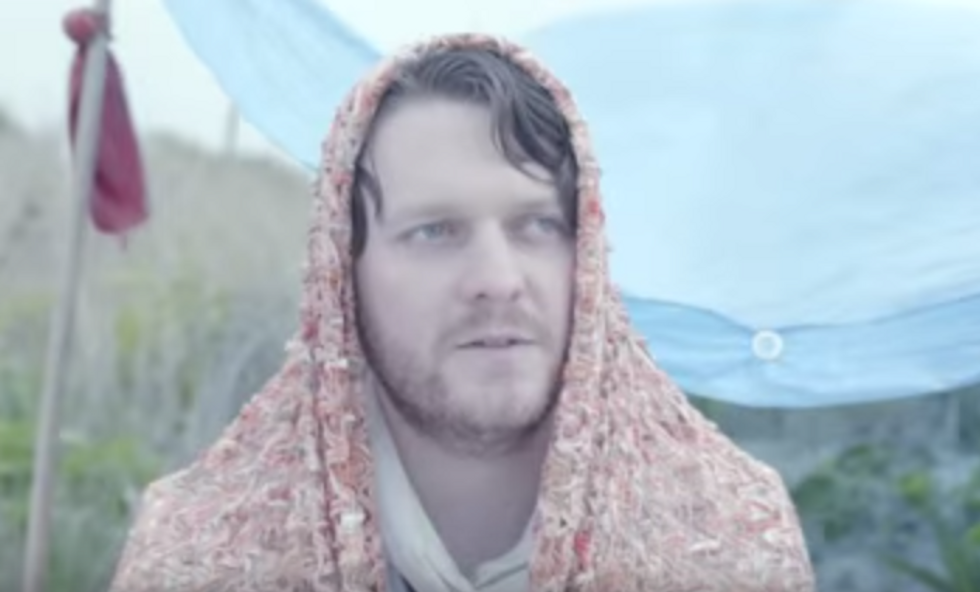 By Sandra Song
PAPERMAG
It's all holiday humdrum in the new video for Beirut's "Gibraltar," which sees Zach Condon & Co. exploring sandy dunes, CGI mountaintops and sparkling waterfront on their extended summertime journey.
Unsurprisingly, the visuals still subscribe to the Wes Anderson school of washed out cinematography, with the beach fort and vintage suitcases not dissuading from the "adventure quirk factor." Though it's interesting to note that this time around, the music is markedly more key-based, with much less reliance (comparatively) on Condon's signature lush-hush baritone -- meaning the end effect is fittingly summer-esque with its unimpeded jaunt and wistful hook.
Watch the video below.
Fashion