Being Black in New York Magazine 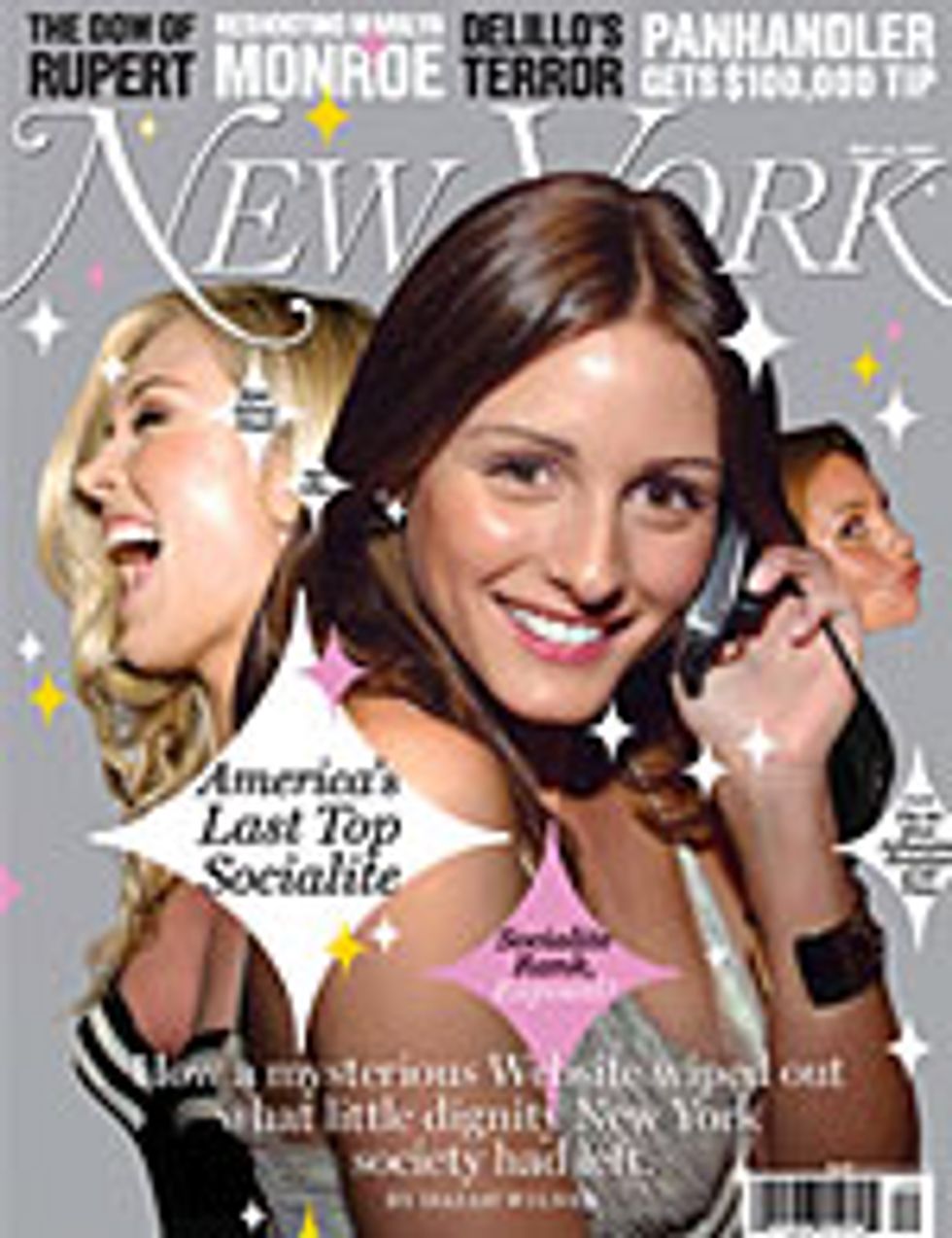 The May 14 issue of New York magazine offers up the second story in a row featuring a formerly down on his luck, under the radar black man who by some great feat or just general perseverance suddenly becomes newsworthy. The story in the May 7 issue is about the âSubway Superman,â Wesley Autry, who jumped in front of an oncoming subway to save the life of a stranger, and has since received national praise, recognition, money, and expensive clothes (the story was illustrated in part by a picture of Wesley dressed head to toe in fur looking every bit like the pimp next door). The May 14 story, âThe Panhandler's Payday,â is about Eddie Wise, a hustler who figured out a way to sue the city of New York, and won a check for $100,000. The story is furnished with a pull quote that reads: âEverybody is thinking I'm going to be broke pretty soon, that I'm going to spend $100,00 on crack,â says Eddie. And by everybody, he might as well mean people who read New York magazine.

I have been a subscriber to New York for over 10 years, and despite its clear elitism and consistently I'm-cooler-than-you-whiter-than-you-and-richer-than-you tone, I enjoy it. And I'm a complete sucker for its crossword puzzle. But these two back-to-back stories about poor, unknown black people who emerge from relative anonymity to become interesting enough for the pages of New York magazine have made me question my willingness to continue turning a blind eye to its blatant patronization.

How do the smart, talented, obviously educated writers and editors at New York not see the embarrassing presumptuousness of their racial profiling, and the complete reaffirmation of disconcerting stereotypes some of us black folks work very hard to undo? Did someone really say âYeah, let's photograph Wesley looking like a pimp! That'll be great!â and not realize how hideous that makes him look? How much it undermines his heroism? Did they not even make the pimp connection? And with the Eddie Wise story, as both a magazine editor and a reader, I ask: Is the quote in which a former crack addict talks about the possibility or probability of blowing a big chunk of money on crack really the most compelling way to bring the reader along through the story? How about the inarguable logic Eddie offers about the benefits of being a hustler: âBe my own boss. Work my own hours. Be off what days I want to be off.â Sounds good to me. Where do I sign up?

The point is, these men deserve some agency, and some respect. If you're going to exploit their stories, at least allow them to be multidimensional.

It's Time to Have the Colorism Conversation

Stormzy Calls Out Racism in the U.K.