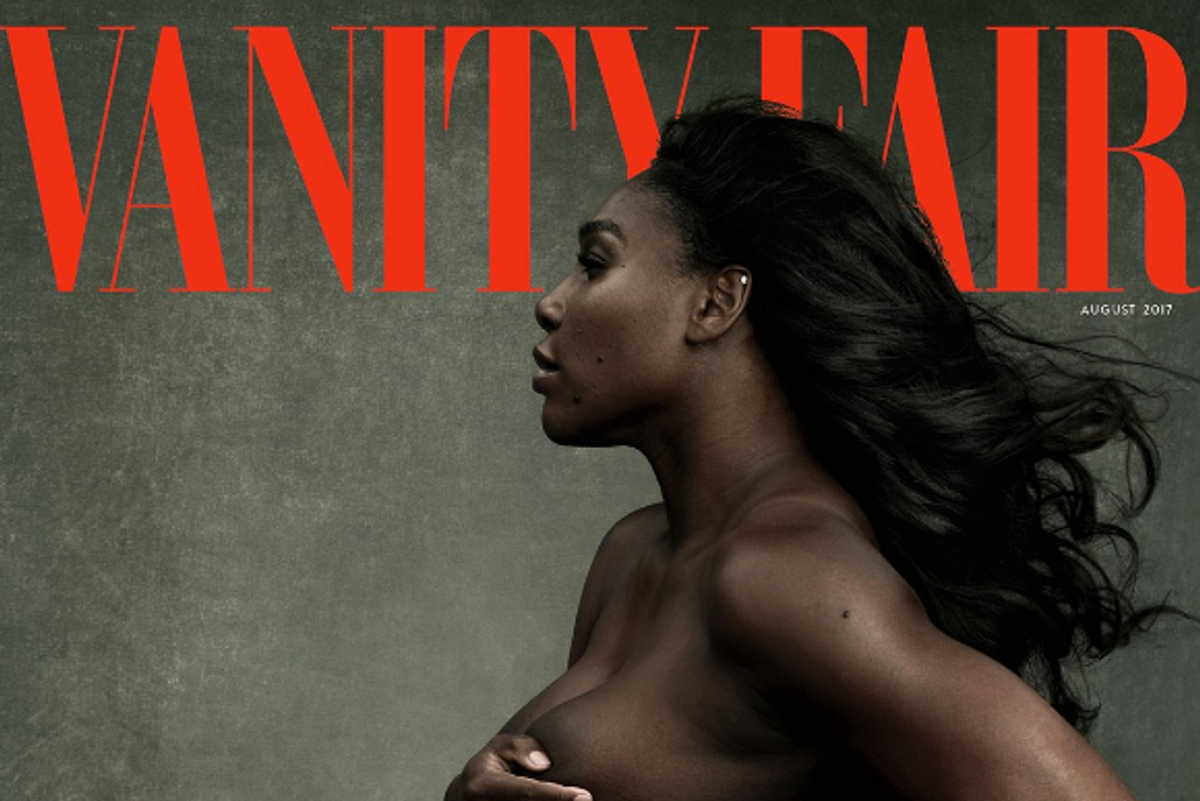 Vanity Fair on Instagram: “In Vanity Fair’s latest cover story, pregnant and engaged @SerenaWilliams tells Buzz Bissinger that she plans to be back on the court in…”

Let me give you a second to catch your breath.

In the excellent cover story, Serena recounts her super-romantic courtship with fiancé, Reddit co-founder Alex Ohanian, and discovering her pregnancy the night before the Australian Open ("How am I going to play the Australian Open? I had planned on winning Wimbledon this year"). When asked of her plans to return to pro tennis after her baby is born in September, she said, "I don't think my story is over yet." That's hardly a surprise, but you know what is a surprise? How gersh dern swoon-worthy her love story with Silicon Valley computer nerd Alex Ohanian is!

I'll leave you with this vignette:

After Serena won the Australian Open, the next big tournament was the second leg of the grand-slam circuit, the French Open, at Roland-Garros, later that month. She texted Alexis that she was bummed that he had not seen her play well in Rome and proposed that maybe he should come to Paris. To Alexis, it was one of those classically inverse L.A.-style invites that are extended because you are sure it will never happen.

But Alexis did come to Paris for the weekend. Not that he had any particular expectations. "Even if she blows me off and we don't even hang out, I'm still going to have an amazing time in Paris, and I'll have an even better story for all my childhood friends when I was like, 'Yeah, I went to Paris for a weekend. I was supposed to meet up with Serena Williams, she blew me off, but I've got other friends there, and we had a great time.' "

The tournament, which Serena would ultimately win, had not started yet. So Alexis and Serena got into an Uber near Serena's apartment and drove toward the Eiffel Tower. They stopped at a zoo Serena knew about called La Ménagerie in the Jardin des Plantes, then at a stall selling candies. Serena became excited, like a small child, and Alexis bought her some.

They just walked and roamed, Serena placing her faith in Alexis because he was a tried-and-true traveler, where all you needed was a backpack and the only rules were none. Alexis also sensed that this was not something Serena ever got to do as a worldwide celebrity, so much of her life being about regimen and glamorous scenes where acolytes circled like fireflies. For six hours they walked all over, the magic of the day multiplied by the city's heartbreak of beauty, which only made it more beautiful.