Behind the White Curtain: Nosaj Thing, JJ and the XX at Webster Hall

Nell Alk
PAPERMAG
02 April 2010
Nosaj Thing was my impetus for attending The xx/JJ show Wednesday night at Webster Hall, where I had the privilege of witnessing firsthand a phenomenon I'd hitherto only read about and seen occasional performance footage of on the Internet. Nosaj Thing, a/k/a Jason Chung, a 25-year-old from Pasadena, CA., stood before fans of The xx, and simply put, let 'er rip. Hunched over his equipment, fervently jerking to and fro, he hut buttons and twisted knobs with precise fingers. Chung, whose album Drift was released last June, possesses elements of Moby, Pretty Lights and RJD2. He looks like the silent type, an Asian nerd with a button down collared shirt amid a room chock full of urban hipsters, but his wordless, atmospheric music says so much.

Truth be told, this was the first I'd heard of JJ. The blonde crimped mop atop her head drew me in, while the red plastic cup she self-consciously clutched during her set turned me off. The visual projections that accompanied her performance proved more memorable than the show itself, but that's not to say she wasn't something to behold. Falling between acts like Nosaj Thing and The xx, is tough to pull off. She deserves a second chance next time she's in town.

The last time I saw The xx they were opening for another favorite Brit band of mine, Friendly Fires. Headlining suits this threesome, and they know what it takes to whet our appetite. Not long after JJ exited, a white curtain dropped from the ceiling, obscuring the stage. The mysterious white sheath separated the anticipatory audience from the musical wunderkinds about to embark on a rock-solid set. Everyone went wild when an "X" appeared projected on this canvas, indicating it was nearly time for takeoff. Lights shown through, shadows of Romy Madley Croft and Oliver Sim visible, guitars in hand and ready to let loose. The curtain dropped, clapping and cheering ensued, and we were in for a fantastic show.

Croft's and Sim's voices coalesced as fluidly in person as on their record, the acoustics at Webster Hall compliment their vocals rather than marring them. Sim is something to behold, a lanky young man in a black turtleneck and skinny black jeans, long silver necklaces dangling. He'd rock back and forth when the synth and drum instrumentals, courtesy of Jamie Smith, culminated in a crashing clash of sound. He jolted his head and upper body forward, matching his movements to the music, then sauntered backwards in a reverse lurch.

The xx performed a single-song encore, "Stars," the backdrop lighting up with little white lights arranged to outline an empty black "X." (This band knows branding!) They exited to their Florence and the Machine remix of "You've Got the Love." Cheeky but brilliant. 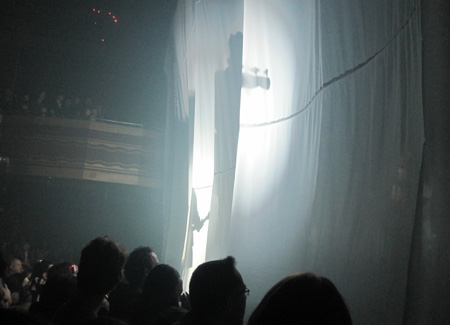 Previous Next
The XX began their set behind a white curtain 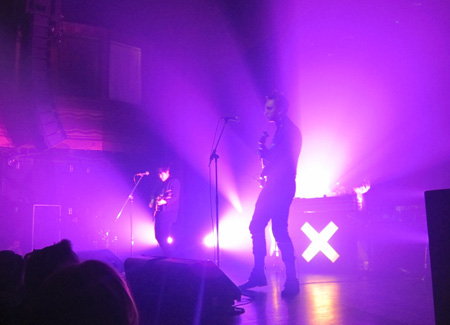 Previous Next
the XX 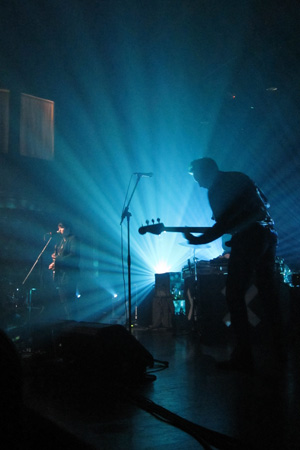 Previous Next
The xx

How Moby's Involved in the Trump and Deutsche Bank Investigation