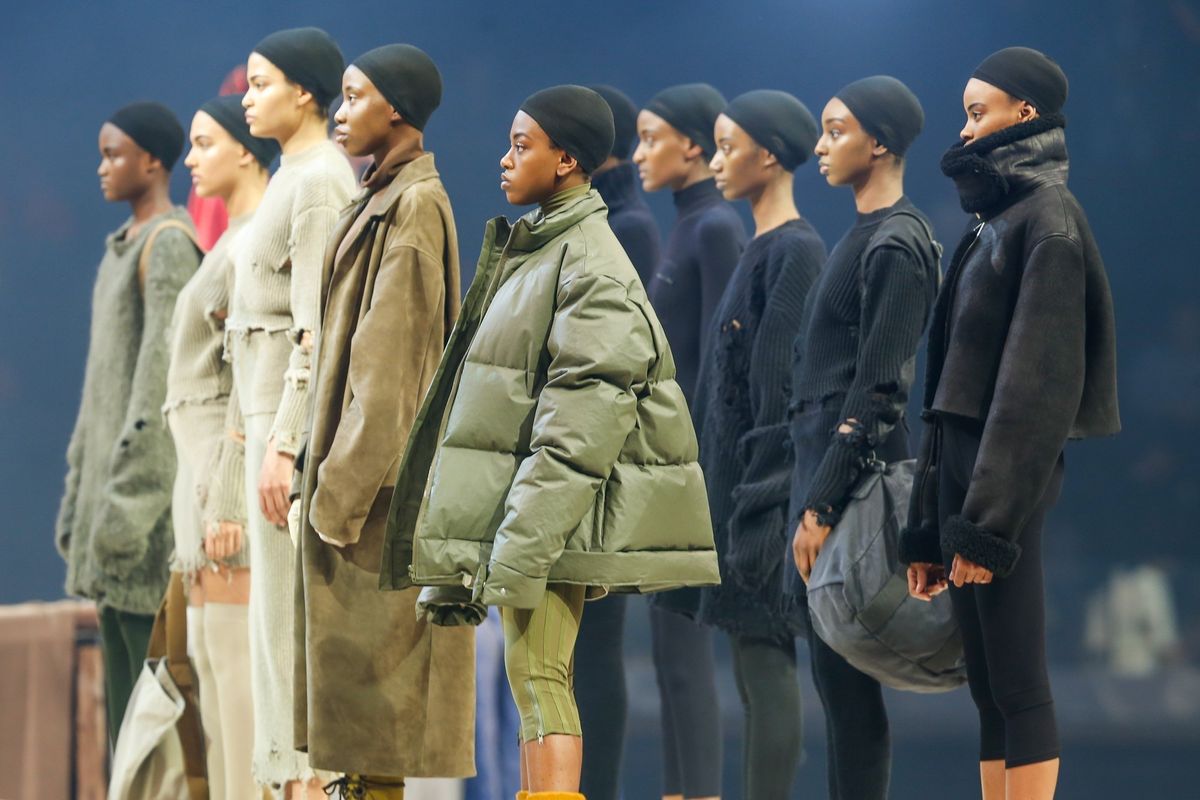 Behind the Scenes with a Yeezy Season 3 Extra

Highlights from an extra's new interview with Jezebel.

Kanye blew the roof off fashion week yesterday with his Yeezy Season 3 show/The Life of Pablo listening session/dystopian house party. We already knew about the extensive list of rules for his models ("Don't be cool."), but what was it really like to be in the mix as a part of the show? An anonymous extra spoke to Clover Hope at Jezebel about her day with Kanye. Here's five things we learned about being part of the Yeezy experience.

There was no interaction with Kanye.

The extras did not come anywhere near to working with 'Ye. They were handled by a rotating cast of production people shuttling them through the various stages of prep for the show.

The extras' clothes were not Yeezy, but their kicks were Adidas.

Filling the floor of Madison Square Garden with 1200 people wearing distinct Yeezy Season 3 looks would be impossible. Extras instead were sent in buses to a huge warehouse in New Jersey where they were put through a wardrobe assembly line broken down by outfit color and piece of clothing. The actual clothes were what the extra believes to be thrift store finds dyed in a few specific color ways. All the shoes, however, were Adidas. It appears that Kanye's actual collection was instead worn by a handful of professional models and Young Thug.

The extras were told to channel "Rwandan refugees."

Beyond just the instructions on movement, standing, looking, or coolness, the extras were also given a specific vibe to send out to the audience. Per the anonymous extra: "One of our instructions was that the theme was channeling a Rwandan refugee camp. We were Rwandan refugees. At this point, my mind was so blown. I was exhausted. I had been standing around for hours. I was honestly over it. I was like, I literally cannot believe Kanye has us out here dressed like refugees on this stage and we're supposed to look sad and angry."

Staying in character as neutral and disinterested is harder than you think.

The aforementioned long list of rules for how to behave during the show seems to give a pretty good primer on what the producers expect: a sort of disinterest and vacancy that would seem pretty easy to convey when standing around silently for ninety minutes. But per the extra, that's a lot harder than it seems. "Your adrenaline's rushing, the crowd's screaming, and the music is literally coursing through your veins," they explained. "It takes a lot of focus and concentration to not smile out of anxiety. It was surreal."

The wrap-up was a bit of a mess.

The end process of the show was haphazard and sort of unraveled, with no one really knowing how things were meant to finish. "The show never really ended. The music kept playing, the audience was still there," the extra recalls. "We were all just like, Okay, do we still stand here? How long do we stand here? There was part of the extras group that just went off and started dancing at some point." Unsurprisingly, it took a very long time for extras to be wrangled and to retrieve their belongings and phones.

But, like most things involving Kanye, the experience was both maddening and exhilarating. The extra concludes, "At the end of it I'm like, he actually is crazy. I think there's a line in one of his songs that's like, "Name one genius that isn't crazy." I remember hearing that while I was on stage and at that moment it clicked. Alright. Name one genius that isn't crazy."