This past Wednesday the club/lounge BLVD hosted "The World Needs a BeBe," a fundraiser night for a documentary about RuPaul's Drag Race winner Bebe Zahara Benet. The event was sponsored by Fractured Atlas, M.A.C. Cosmetics, and Barefoot WInes and featured impressive beats delivered by DJ Barney Iller of Rubalad fame (he made Bebe's heart flutter with his modern Cameroonian beats, and mine by playing The Ones).

Hosted by filmmaker Emily Banham, this young Minnesotan started working on the documentary well before Bebe -- also known as Nea Kudi Marshall -- ever became a nationally acclaimed drag superstar. She's hoping to collect $25,000 to move through the next stage of filming, and the benefit raised about 10 percent of that goal.

Emceeing was shit-storm Mimi Imfurst, who lip-sang ferociously and even grabbed an audience member and spun him over her head, Fresh Prince of Bel Air style.

"She's still sewing the leopardskin dress," yelled Imfurst as the audience waited patiently for Benet, "we don't know if it's dead or alive, but she's gonna wear it anyway!" Imfurst's crazy antics only led into Benet's persona of an elegant African queen. Or so we were led to believe.

Regally emerging in her purple eye-mask and skintight leopard outfit, she jumped directly on off of the stage and into a paparazzi-ring of cameras and iPhones which she circled and, on all fours, and pounced like a jungle cat. The pounce, by the way, was for my head, which was stuffed into her crotch as elegantly as possible.

After a tour through the audience, she left the stage twice more, emerging in different looks:

A tuxedo-inspired sequin dress with wide silver lapels and her signature headdress, and a cloud-inspired gray print number with orbs of fur hanging almost to the floor, held by twisted black cord -- these were only overshadowed by her magnetic personality and flawless beauty (and contouring). Speaking about the trials of self-expression in her own homeland, she finished gracefully and accepted photographs with every audience member, with a classy and dignified smile. 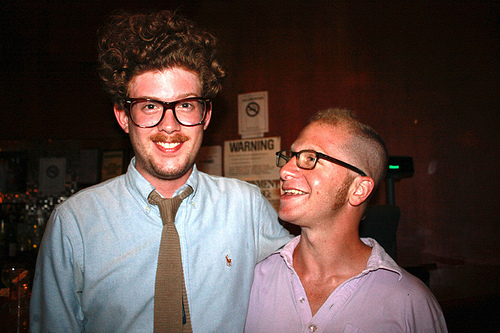 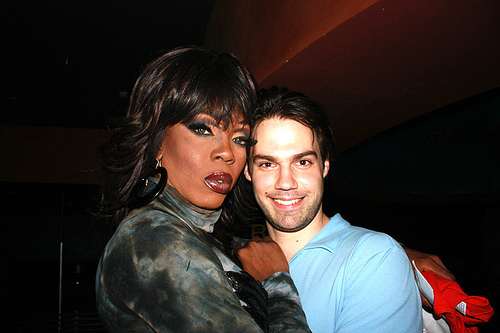 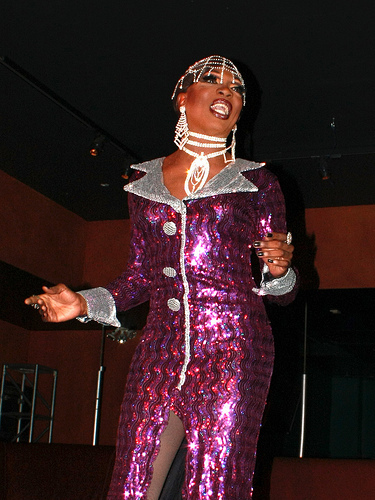 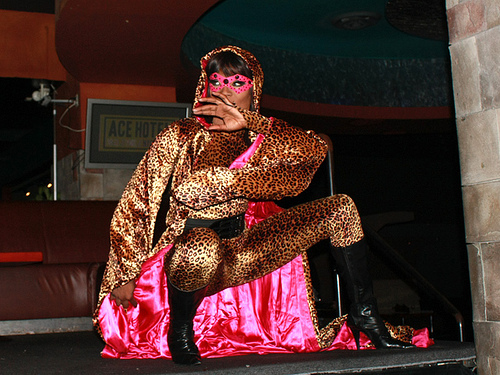 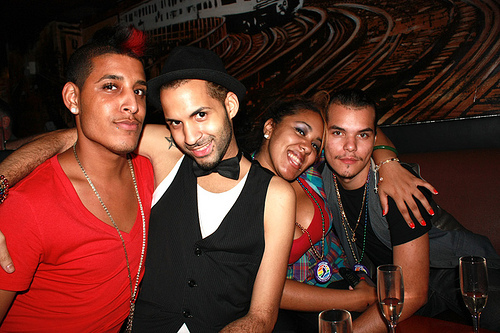 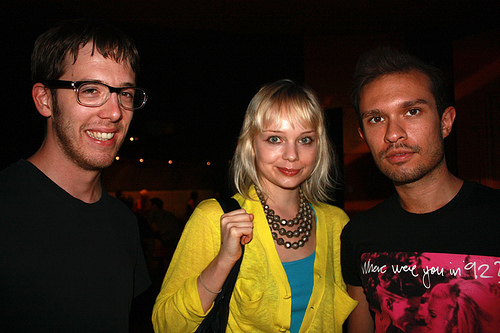 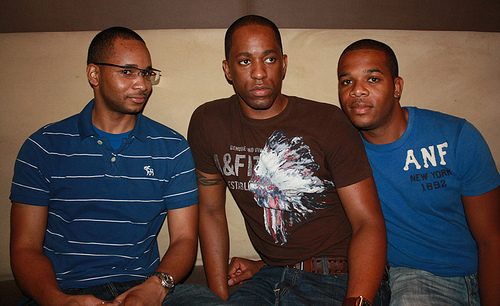 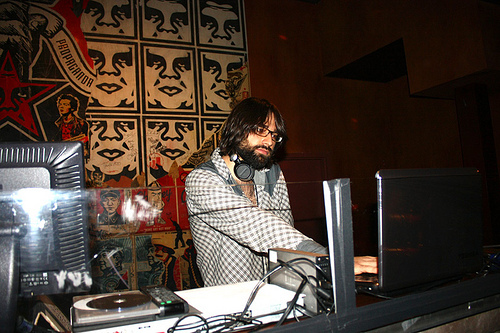 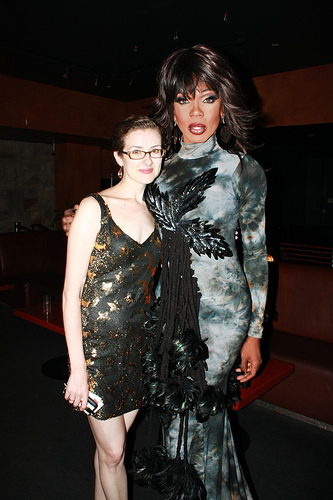 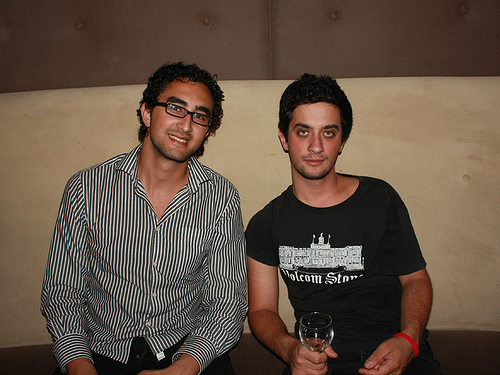 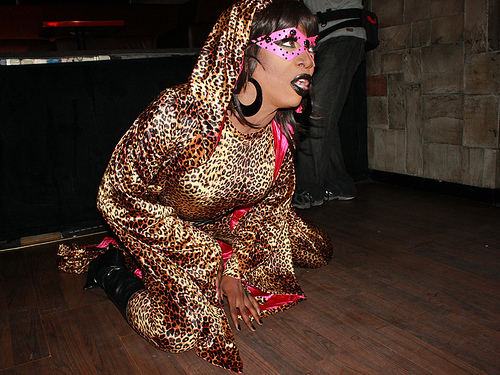 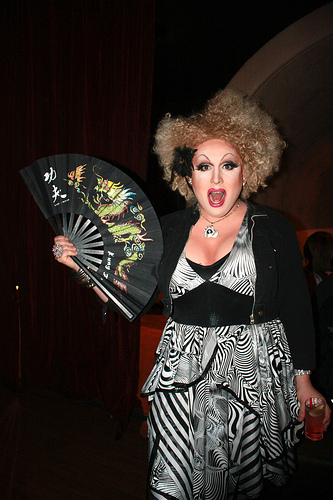 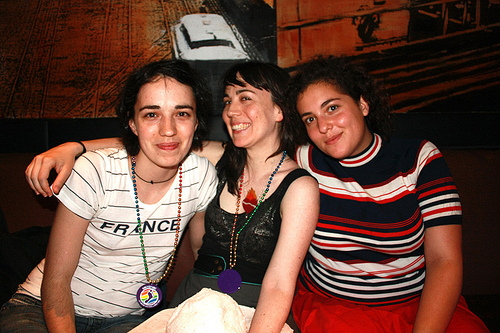