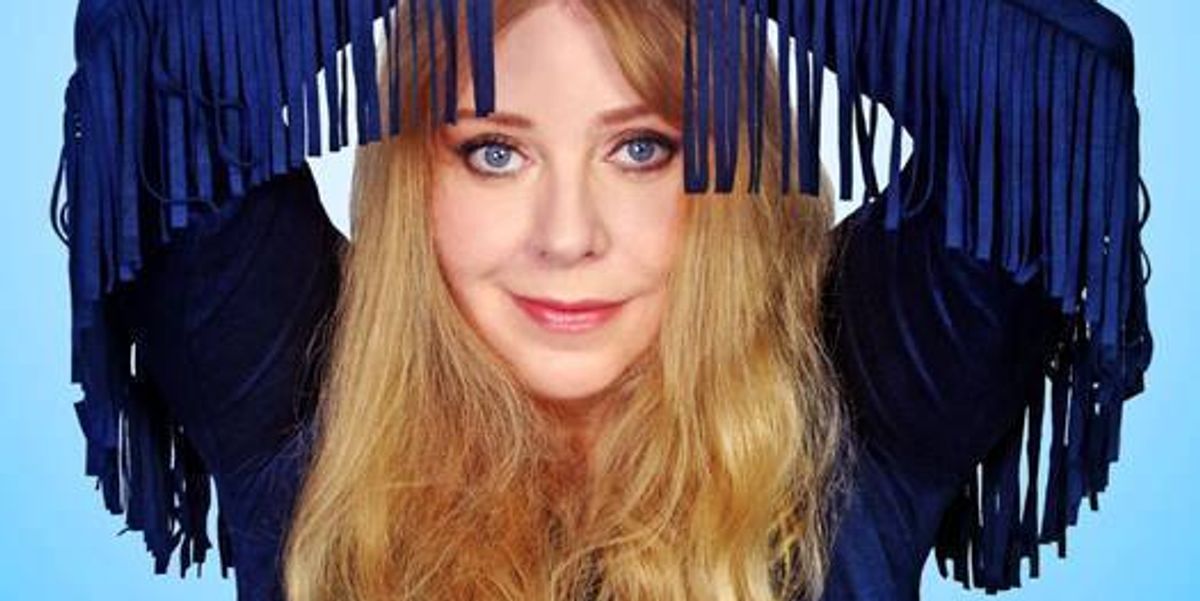 Bebe Buell on Rocking Out, Being a Mom, and Nashville vs. New York

Bebe Buell is so much more than just a friend to everyone in the biz, an ex to Steven Tyler and mother to Liv. She also happens to be a rocker with a flair for full-throttle musicalizing while unselfconsciously baring her soul. Bebe moved to Nashville a few years ago, but she's coming back to NYC with her new show, a rock-cabaret aptly called Baring it All, at Joe's Pub on Tuesday, April 4th and Wednesday, April 5th at 9:30 PM.

She'll mix her songs in with stories and anecdotes, while backed by her new duo, the Rebel Souls, featuring her husband, guitarist Jimmy Walls, and drummer Mindy Wright. I just called her for more info:

Hi, Bebe. Is this the first time you're doing this show?

I've done it three times here in Nashville. I've been working on it and forming it for about a year. It's quite a lot of work. You want to get it just right. That's what my move has been--my opportunity to go to finishing school and hone in my writing and music. I have to hand it to the energy here for helping me get to a place where I can do a show like this, and I feel like I'm ready to bring it home to the big guys and NYC, which is where my real critics are. When you've lived in a city like New York since you were 18, you can leave but you can't completely leave in your heart. It's always going to be the most important audience for me.

But you've had a great time in Nashville?

I didn't know if I'd be accepted here or play the Bluebird Café and other places I dreamed of doing. When it came true—four sold-out shows later…I know I'm not a household name. I worked hard. I love being called "cult mommy," as my daughter Liv calls me. I have my passionate followers that come to my shows and have watched me grow and you'll still have everyone that associates me with pop culture, the 70s, rock and roll. The time's never coming back, as we all know. We were lucky, Michael. We got to live in New York before Giuliani. My heart got broken [with club closings]. I got a little angry, but I didn't want to shut myself off from music or what I'm trying to do in my life. But I wanted to go somewhere I could be challenged and learn something. It's like going back to school when you come to a place like Nashville. You can walk into any place in this town and even if it's a honky tonk, the person up there singing is going to be really good. There's nothing that sucks. There's an energy and vibrancy like New York in the '70s and '80s. People go out to hear music.

The [trans] bathroom bill kind of did me in. I'm ready to come back north. But Nashville is a patch of blue in a red state. We have a great mayor and incredible drag queens, great food, great people. It's a beautiful mecca in a sea of red. I was born and raised in the South—in Virginia.

Well, they were red, but lately, they've been blue, so that's cool. Do you talk about your childhood in your show?

We're going all the way back to when I came to New York, with tiny references to my childhood--my years in Catholic boarding school and all of that. People always say that "It girls" or "wild children" all went to Catholic boarding school. [laughs] The songs stop for stories or sometimes the songs ARE the stories. It's very stripped down—it's not a full-on rock experience, it's a little bit more theater; I have a duo--but it's very powerful. It's got texture.

Do people ever say, "I knew your name from the gossip magazines, but it turns out you're an amazing rocker"? Because I've seen you and you are great!

Thank you! Sure. I'm a smorgasbord. People say all kinds of things to me because I'm known for so many things--mommy, mother, model, muse—all the "m" words. The maverick, the musician.

I'm not sure. I haven't asked her. My book was the most recent one. I know a lot of people know about my book. She was mentioned in it. But Rebel Heart is a universal feeling. Somebody said after a show I did, "You're such a rebel heart." I looked it up and I saw there was a song by the Corrs and one by Rod Stewart and a book about Elvis. So I think it has some kind of Irish/Scottish political implications, but I just use it to refer to a free heart. It's been my moniker and my tag ever since. When I heard about Madonna's album, I thought, "Wow." You can't get angry about those kind of things. I don't know Madonna, but what I hear is she only steals from the best. [laughs] I don't want to go head to head with Madonna--or Donald Trump. [laughs] You can look at those things another way. There's a synergy that your thoughts and other peoples' thoughts are on the same wavelength. I've always thought great minds think alike. If you came first, it shouldn't dictate what comes next. But I went past Rebel Heart with Rebel Souls, my band.

You are quite a survivor!

I've had to work hard and fight hard. I just look at it as, whatever I do here on this planet, It's part of the whole thing. I don't embrace or denounce any of it, I just own it. People have always wanted to talk about who I've dated and I think it's because of when it happened. Now you look at musicians and models and rock stars and they all hang out together--it's expected and common. I've never figured out the logistics of why people are interested.

I think they just want gossip.

This show is a big leap for me. I had to get my courage. With just two musicians and doing personal stuff, you're laying yourself out there. People tell me I helped their pain. As I get older, that's all I want to do is make everybody happy. We need entertainment right now. We're living in a crazy time, and we need all levels of entertainment. I get right down with the people. I get up in your grill!