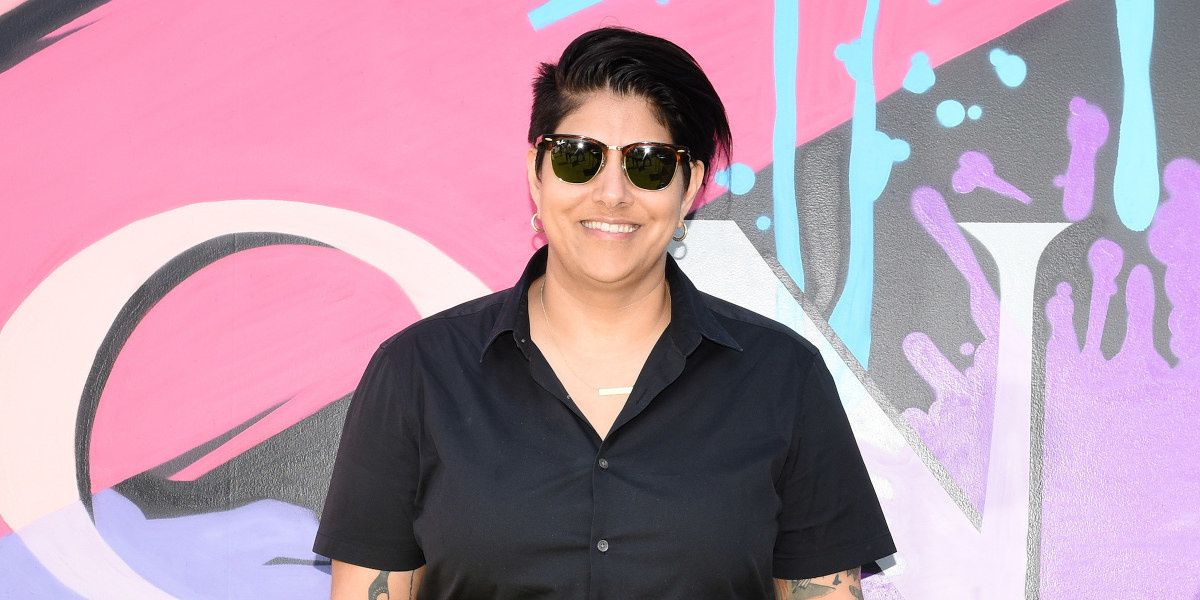 "There's going to be a whole new conglomerate."

by Tom Prior
Paper Magazine

As a gay, first-generation Iranian-American college dropout, Moj Mahdara always felt very much 'other' to the Western world she found herself raised in. After years navigating various investments and life hurdles as a serial entrepreneur, she found herself presented with the opportunity to transform BeautyCon -- the media platform that now (thanks to her) combines live events, influencer marketing and cosmetic retail.

Speaking at BoF Voices, it was clear to see Moj possesses a keen understanding of the power content creators wield in this digital age and the opportunities for influence, profit and smart marketing therein. We sat down with Moj to discuss her journey from newcomer to CEO, how celebrities are disrupting the beauty landscape, and the triumph of individuality.

I left home when I was 16-years-old because my parents thought that me being gay was somewhat of a situation. They thought if I went away and experienced the world I would come back a changed person. At that age, I think I thought that I could, too, but obviously I couldn't. I moved to LA, thought I wanted to run Lollapalooza, got into a really bad car accident and got an $11,000 settlement so I started a company. I became a company and convinced brands that I was the person who could connect them with the entertainment industry.

I was in the entertainment digital brand business for almost a decade. When I sold my last company I had to take a year out as a non-compete, and I thought well what am I going to do? So, I started investing in content creators and influencers and began to think about whether they could build brands or be publishers in their own right.

Did you wonder what this would mean for established media outlets?

Yeah, I realized that shit, these guys are going to destroy the publishing business. Like Hearst and Conde Nast could come burning down to the ground if they don't continue to evolve. They're shells of what they used to be since the evolution of print to digital. Anyway, I was aiming to manage these content creators for brands but no one would fund the idea. One day my lawyer called and told me there's this HUGE fucking company called BeautyCon -- it's like a YouTuber beauty conference. I was like, are you serious? I don't even wear makeup and know nothing about it.

So what convinced you to go ahead with it?

Well I did some research and found the biggest category on the Internet is gaming, and the second is beauty. I watched some content and tutorials and thought These guys are epic. They're brown, white, gay, tall -- totally different from any famous person on the planet. I became obsessed and eventually convinced the people at BeautyCon to do an experiment where we'd take their pre-existing festival and make it public facing. We promoted it via Instagram and Facebook, 12,000 people registered, and I expected like 2,000 people to turn up. But no -- nearly 10,000 people showed up.

That's insane. It obviously spoke to a lot of people and came at the right time.

Totally. What's funny is that the same day we organized the relaunch was Kim & Kanye's wedding. So on Twitter #Kimye was obviously trending but right below it was fucking #BeautyCon. Nuts!

He has one of the biggest beauty empires on the Internet. Huge. Jeffree Star is literally making tens of millions of dollars. He gets over 20 million YouTube views a month, then he has Instagram and Twitter -- all of that combined reaches a gazillion people. If you want to re-target that content or those customers, you totally can. Platforms have made it possible. What's happened is the content and the publishing power now matches technology, and that's why this super powerful moment has happened.

It's intriguing because makeup artists and other creatives in the beauty space have always been there but it's taken only until recently for the world to realize the potential of combining social media with it.

That's because we never had the data to prove it before. The data (likes/followers on social media) is like footprints we can use as how successful or how much an authority in culture you are. Also, I couldn't believe there was this whole digital community who were famous freaks. Making money and not just hiding in the closet but doing cool shit. Take Amanda Lepore -- but imagine she was a YouTuber making millions of dollars a year as opposed to having to go to a nightclub every Monday night. She's so lovely but I imagine she lives such a hard life. And it's crazy to think how much has evolved in like two generations.

Celebrity-helmed makeup brands like Fenty Beauty and Kylie Cosmetics have been recent beauty game changers. Do you like this new disruption and how it's shaped the future of the industry?

Maybelline is a $600 million company founded 102 years ago. Kylie Cosmetics is a $400 million company and it's two years old. Today cosmetic brands like this can sky rocket, its nuts. Look at Fenty Beauty by Rihanna -- I mean what the fuck! People can complain about it being another celebrity-backed cosmetics venture but she blew that shit out the water. It's nuts that young women like Rihanna and Kylie own their own beauty companies. There's going to be a whole new conglomerate. Someone will come in and buy all of these new young indies and eventually create the new Unilever. It's going to happen sooner than you think.

It's as if celebrity culture and limited-edition hype products have rewritten the rules.

Look at the fandom around a brand like Supreme who use a drop model. It works, but when you boil it down they make their money from socks and hats. The beauty industry has caught onto this concept that hype drops and celebrity collaborations bring with it a lot of FOMO, and people want in on it.

There's a fear that one day we mere mortals will be replaced by advancements in technology and AI. Do you think this is something we should be worried about?

It's true but you have to remember that you need people there to create the content. Passion still matters. Voice still matters. Stories still matter. There's no AI for that yet but there will be though. All of us will not be replaced by AI but rather enhanced by AI. But I like what's happening now because it's disrupted the old ideals in the industries of beauty and fashion.

What goes down at a BeautyCon conference?

Well it's a lot of screams and excitement first of all. BeautyCon is full of content creators and their fans, a lot of brands on site testing, sampling and selling. One thing that's really cool is how many families come.

Gender identity has been a huge topic of discussion so I hope even boys and men will come along and explore the beauty world too.

And they do! At our last festival in LA there was a huge surge of males who wanted to come along with their girlfriends. Listen, if you put 20,000 beautiful women under one roof it's not long before men want to come and hang out.