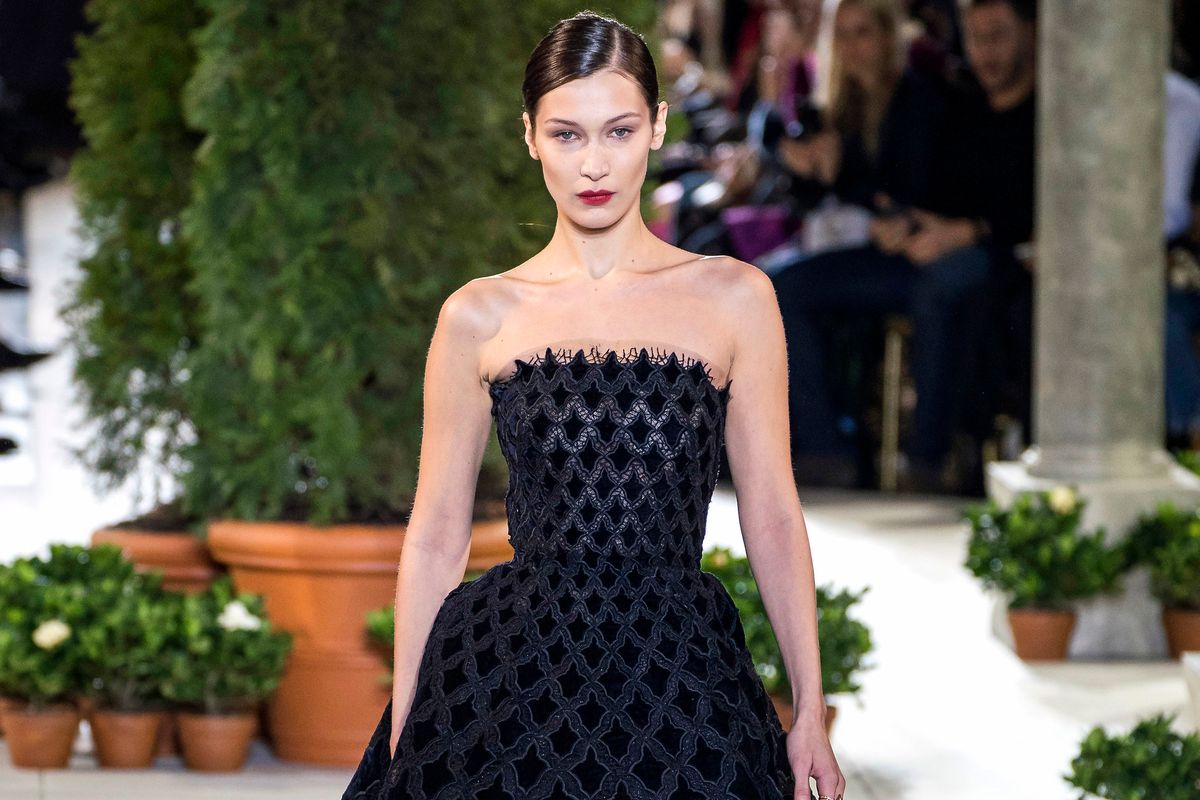 The NYFW Beauty Trends We Loved

New York Fashion Week served some memorable hair and makeup moments this season. From Chromat to Anna Sui, there was no dearth of inspiration. For fall 2019, designers experimented with everything — ponytails, oversized hair bows, exaggerated lashes, emo eye shadows, and even bejeweled skin. Innovation and pushing boundaries in beauty seemed to be at the heart of most major collections.

Here are our main takeaways from the season:

Anna Sui built a rainbow universe on her runway this week, sending out models in a zany blend of patterns and fabrics. The highlight of the show, however, were the unevenly cropped technicolor wigs in shocking shades of pink, lilac and periwinkle.

Sleek is chic. Just ask Tom Ford. Or Ralph Lauren, or Oscar de la Renta. Whether pushed back or in a classic ponytail, the fall runways were full of models with slicked down hair. While Tom Ford and Ralph Lauren opted for neat side-parted up dos, Tomo Koizumi added his own spin to the style with a jagged fringe on the forehead. Oscar De La Renta came through more of a classic having the models' hair squeezed into a tight, straight ponytail with textured waves through the end.

Studded and bejeweled hair (and faces) championed the 'more is more' mantra. Beads, diamonds, and glitter covered everything, from models' foreheads to their braids. At Christian Siriano, Swarovski-crystal-studs appeared as make up, along with chain mail style ponytails. Over at Area, the designer chose to cover the models' heads in rhinestones. It was Christian Cowan, however, who made the biggest case for embellishments. In one instance, he had a model's entire face and arms covered in watches. Over-the-top? Maybe. Fabulous? Absolutely. The message is clear: Bling is in.

Bringing fall drama to the fold were dark shadows and emo lids. Cat eyes were extended to incorporate larger portions of the face, while several bold shades were blended together to create a more dramatic effect. Tom Ford, for instance, upped the sultry element at his show by layering classic smoky eyes with bronze and brown eye shadows. Jeremy Scott served another scoop of smoky eye inspo, having the kohl graze the bottom portion of the eye instead of the long standard cat eye.

Brandon Maxwell unveiled some all-black Twiggy eyes for his fall 2019 lineup, elevating the classic mascara look with false lashes both on the top and bottom with tiny traces of eyeliner. Our takeaway? Ditch the vague cat eye for a bold streak of eyeliner matched with dark shadows. Channeling all your emo, grunge and of course scene memories.

The major credit for the splash of colors this season does lie with Anna Sui, but brands like Chromat and Eckhaus Latta weren't too far behind. While Latta used an airbrush tool to create a beautiful mash of green and tangerine tie-dye like art all over the eyes, at Sies Marjan, the designer dipped models' Rapunzel-like hair in bright pastels.