Beauty and the Book 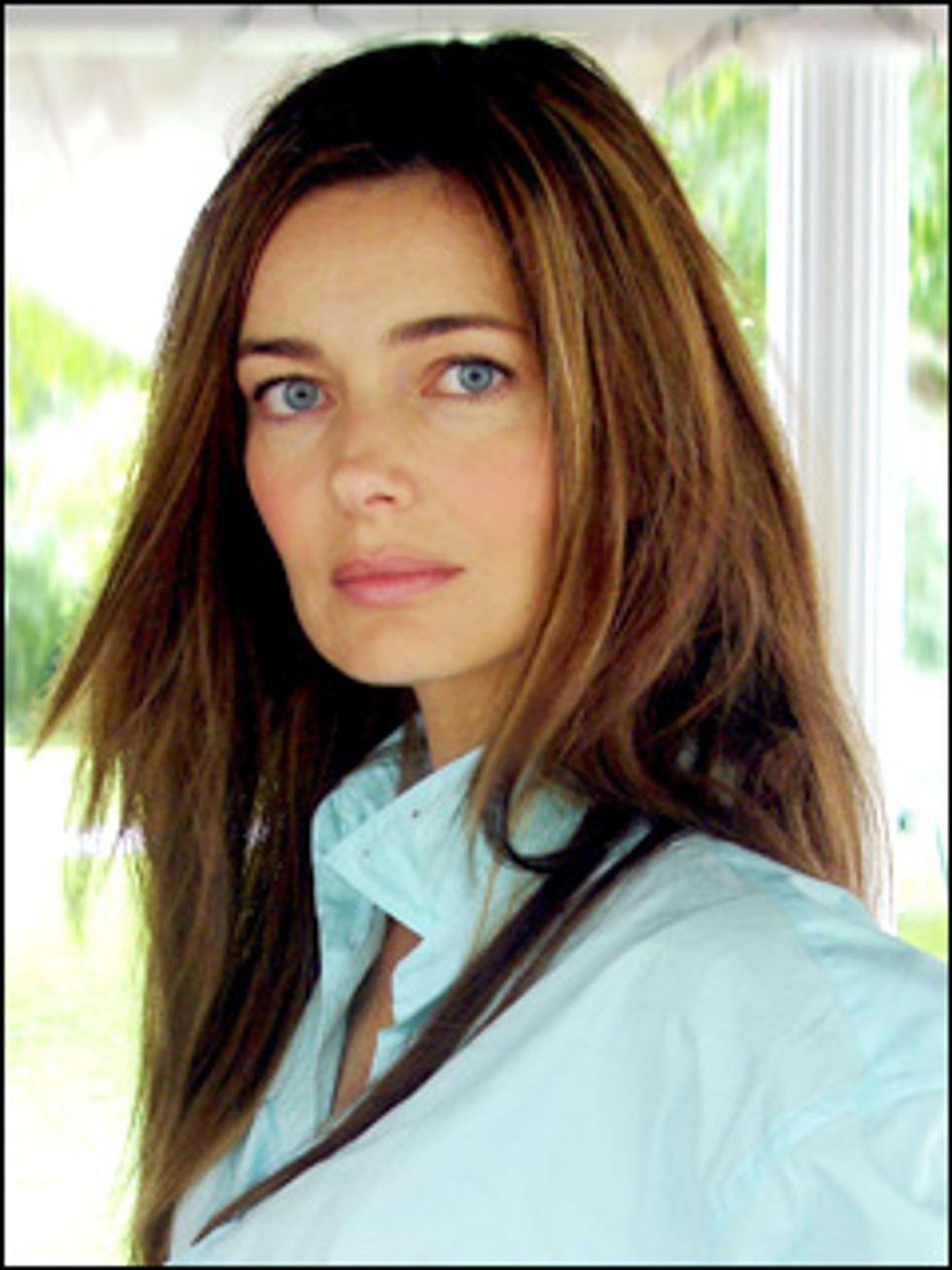 There are a lot of cultural cliches attached to models, and for as long as Czech-born former supermodel Paulina Porizkova has been defying stereotypes, nothing could constitute a more radical intervention against the tyranny of stupidity now epitomized by the likes of America's Top Model than her remarkable literary debut, A Model Summer (Hyperion). Beyond the obvious contradiction to expectations, how evidently smart, eloquent and sensitive her prose is, her novel's charming invocation of that breath-taking moment of youth in which identity and destiny are forged over a Parisian summer, offers an emotional depth and complexity we seem collectively incapable of reading in our most mediated objects of desire. More a memory than a memoir, Paulina understands our inherent desire to take a milieu so close to her own personal narrative as autobiographical but explains, "the story and characters are fiction; all the rest is true."

In a diva world where random acts of gratuitous rage or self-destructive abnegations of the social contract are now considered legitimate badges of beauty on par with the excesses afforded celebrity, it's hard to really remember why Paulina was, for all her stardom, consistently marginalized within her industry as "difficult." If you read A Model Summer, you'll get it, and not because there's some pathology of character lurking like a dirty secret within these pages. We meet, both in the gawky insecure and naive teenage protagonist Jirina, and the authorial voice that so subtly gives her substance, something almost unforgivable in those of exceptional beauty: intelligence and strength. "Is she like me?" Paulina wonders -- "she's imbued with a lot of me." But that's not the point, and it's also the crucial difference between the anecdotal and the universal. "I hope that this story is not specific to this character," Porizkova explains, "it is the way I felt, but it is the same range of emotions that are true to all girls of that age, even those with enchanted lives."

Articulating what she went through, not so much as a direct sequence of events, Paulina's 15-year-old Jirina lives in a high stakes environment where success is measured in inverse relation to failure, and is able to present something closer to truth than resolution. "It's an interesting dichotomy, that those who most personify our ideals are totally insecure teenagers," the author reflects.

A book that's as savvy and sexy as anything you might otherwise bring to the beach this summer, A Model Summer is at once eminently entertaining and happily not embarrassing -- even as chick-lit. There's magic to Porizkova's lack of judgment and a real virtue to her sense of simplicity. "I did start with darker intentions," Paulina admits, "but it didn't go that way, the characters took over. I chose not to confront the systemic faults of the industry, that's a media cliche that others can do better, but people are a lot less familiar with the point of view of a young girl's feelings in that world." At once captivating and demythologizing, A Model Summer reveals itself most in how it gently passes. "I was more interested in the quotidian than a tragic drama," Paulina explains, "stories don't just end. Life goes on."

Living in New York, married to a rock star, and raising two lovely sons, Paulina Porizkova is good proof that life does go on. We can now only hope that her rather regrettable decision to be on Dancing With The Stars is simply material for her next book.