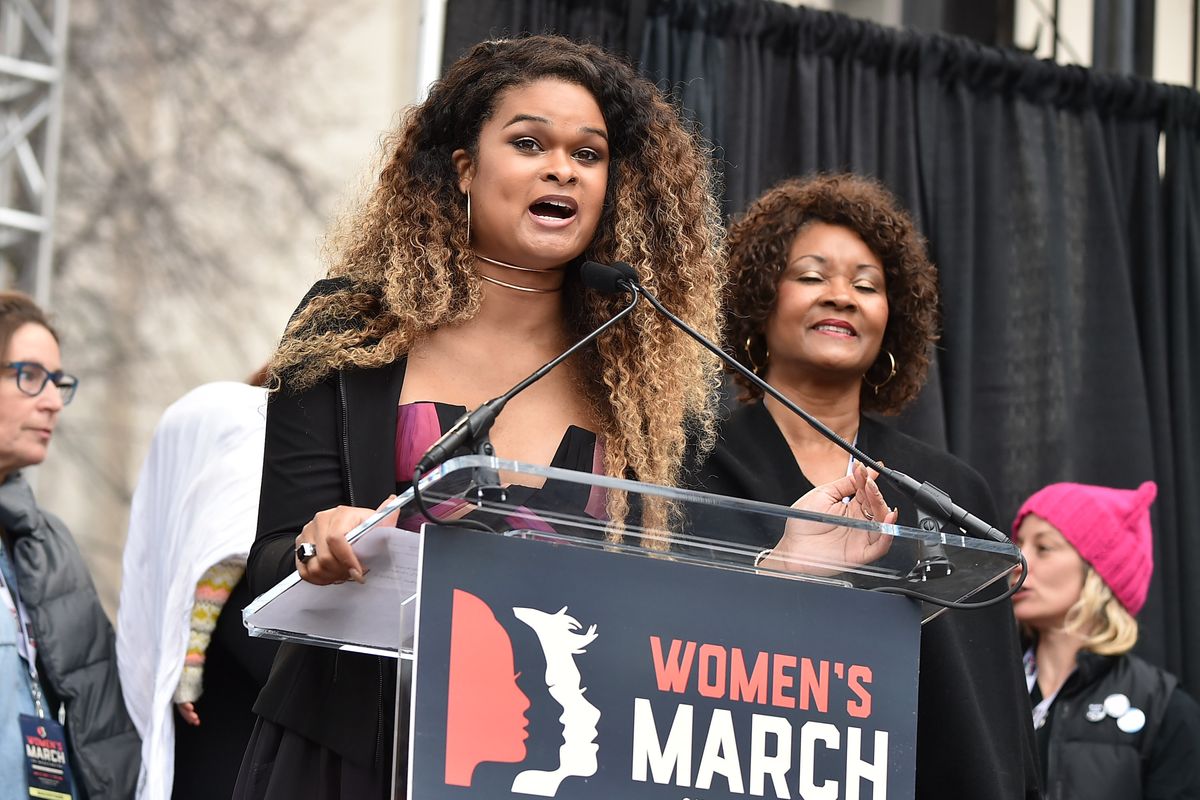 Raquel Willis is a black queer transgender activist living her truth with authenticity, honesty and empathy. She's also a writer and a national organizer for the Transgender Law Center, the largest organization in the United States advocating for transgender and gender nonconforming people. Willis does work for Echoing Ida, a national black women's writing collective, as well as Channel Black, a media organizing and training arm of the Movement for Black Lives. She also hosts Black Girl Dangerous Media's BGD Podcast, discussing pop culture and current events from an intersectional lens, and is in the 2017 Sojourner Truth Leadership Circle through Auburn Seminary. At the Women's March on Washington earlier this year, Willis' mic was cut halfway through her intersectional speech, "A Vision for Liberation." Willis shows that fighting on behalf of the most marginalized members of our communities is always beautiful.

I think I can be creative anywhere, but I am most creative when I am around loved ones and friends. There's something so powerful and inspiring about being around people who love you and know you deeply. Adding to that, I'm also my most creative at night and in the early, early morning when the world is super still.

As a teenager, my parents always stressed the importance of stewardship and volunteerism. My days as a youth volunteer in my community laid the foundation for my interest in activism and organizing. From there, as a college student, I advocated for representation and respect of trans and gender nonconforming students at the University of Georgia. Then, after moving to Atlanta, I found Black queer and trans people who really pushed my analysis combatting oppression, understanding intersectionality and harnessing community power. Along with that, I've always seen personal stories as one of the strongest organizing tools for the masses. I believe that storytelling and visioning is so crucial to creating the world we want to see.

I am a national organizer for Transgender Law Center, the largest organization in the U.S. fighting for justice on behalf of trans and gender nonconforming (TGNC) folks. Through that work, I am working with a team of other powerful organizers to train up TGNC folks to advocate for themselves and organize for their communities. I am also working on a book about my experiences so far.

I definitely think critique matters, but it's always important to consider the source. I try to only take critique to heart from people that I trust and/or admire. Be it family, peers in larger Movement for Liberation, friends or community - I take those critiques much more readily and seriously than others.

I think about both ancestry and legacy often. I think of the Black ancestors who made a way out of no way and provided a path for me to achieve all that I have been able to thus far. I think of the trans people of yesteryear who boldly claimed their lives as their own in times when they didn't even have the words to describe their experiences. I think of the women who always saw their power in glory in societies that constantly told them they were less than.

When it comes to activism, it's important to remember that you are in service to your communities. At the end of the day, my work is less about me and more about the people that I can positively impact, gather resources for and aid in living their best lives. With writing, you can be very specific about what you want to create and about what you lend your talents too. When I was in journalism school, I often felt that I couldn't be clear that I have a particular lens as a Black trans woman and that I had to dilute myself to be heard. That couldn't be further from the truth. People admire and respect authenticity even when they don't necessarily agree with your outlook. Take that and run with it.

I believe that digital organizing is just in it's early stages and that the current Movement of Liberation and Resistance will develop better and more effective ways to utilize social media. We saw the impact of digital strategy on the political process and the last presidential election, so moving forward the Left is going to have to integrate that into their campaigns and communication plans.

One of the biggest choices in my career so far would be deciding whether or not to speak at the Women's March on Washington after Trump was elected. The march wasn't initially as inclusive as I would've liked, so I already had reservations about how I would be treated and received. This is why I wasn't particularly surprised when my mic was cut mid-speech. I also knew that speaking on such a huge platform was potentially opening myself up to harm, but I also had to make the tough decision to truly put my political beliefs out there. When I wrote my speech, "A Vision for Liberation," I really wanted to share what I truly believed about collective liberation. We won't find freedom, equality and all those other good things people talk about without centering the lives and experiences of the most marginalized people. That includes transgender and gender nonconforming people, Black people and other people of color, sex workers, disabled people, Muslims, immigrants, women, queer people and more. So many of us and our communities are the glue between survival now - under a Trump presidency - and the future.

I am most proud of figuring out how to communicate who I am to my family, friends and community. The most fulfilling thing in life is having folks around you who really see and respect you for who you are. It's been a long, winding road, but I've never felt so grounded in who I am and who I've let into my life.