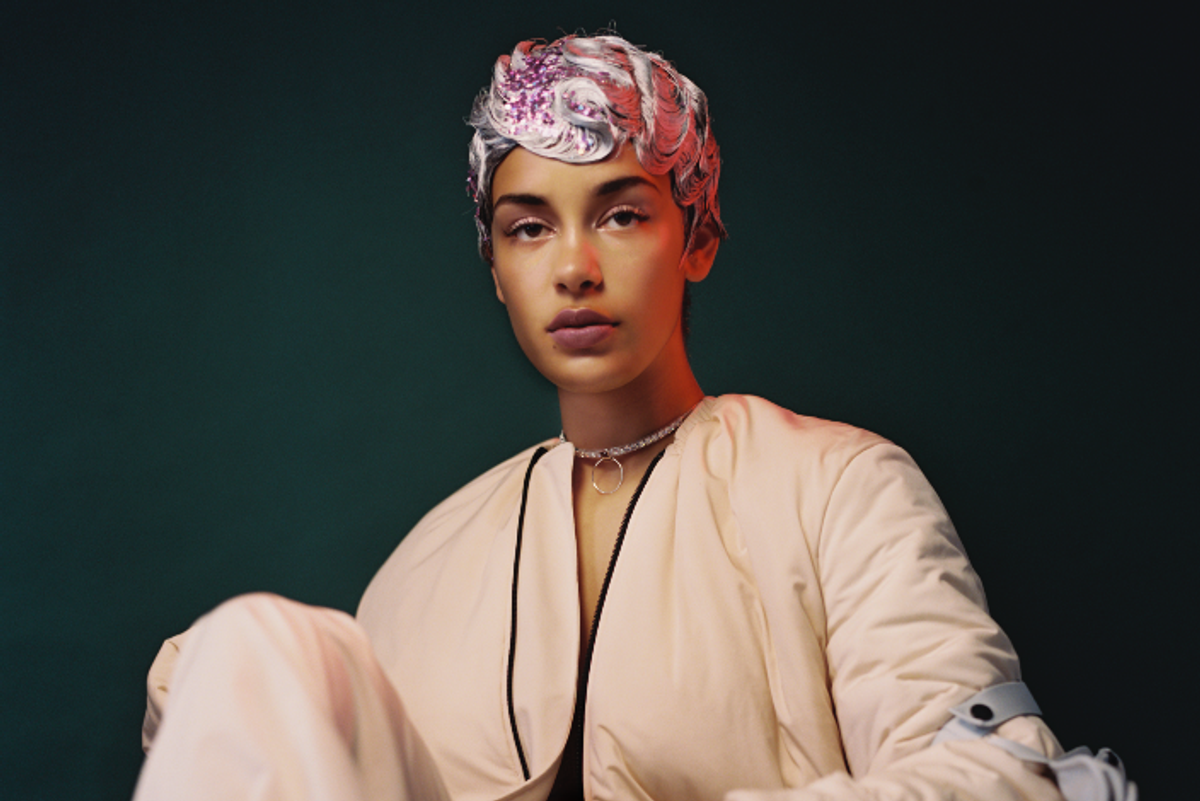 Beautiful People: Jorja Smith was Always Meant to Make it

The 20-year-old British singer has been writing songs since she was 11. She now makes politically charged R&B, like her International Women's Day release "Beautiful Little Fools." Smith was featured on two tracks from Drake's latest album, More Life, and has been performing one of these ("Get It Together") live on her current tour. Not many young artists can boast catching the attention of Drake on their come-up, and now Jorja Smith is turning heads around the world. We chatted to the songstress about inspiration, idols and getting personal.

You've said before that you prefer to write about people and things around you rather than writing personally. I'm really interested in that philosophy. What draws you to write more about what you're seeing, versus your personal experiences?

At 16 and 18 I would listen to my friends or when I watched things I would observe it and then just write it out because I hadn't really been through those things. I'm still young, I still haven't been through a lot of things. But as I'm getting older going through more experiences, getting hurt, finding out new things, I'm able to write about it. Sometimes I write about things and I've never been through it.

You would say now as you're getting older you are starting to go less universal and more personal?

I've always been personal because I'm able to empathize with people and make it relate to me as well. I just write whatever. I never have a plan that I'm going to write about this, I could say, "Oh someone told me this." I could put this in a song.

I know your first official single, "Blue Lights," is about the experience of living in a world while being black.

But I think it's from the boys I grew up with, that's also personal.

You grew up in Walsall, which is an industrial town, and now you're in London. What are the main differences that you see in between the two? What gravitated you towards moving to London?

I grew up in a small town and in that everyone knows each other. A lot of people have nine to five jobs and there's not much possibility for these people. That's why as a kid I always wanted to be in London because it just seemed busy and it's so big, but big can be very lonely.

That was the main difference because in Walsall. Moving to London I didn't know anybody, wasn't many people but I got used to that and I liked being on my own…I think I'm just more suited to London.

When did you first know that you wanted to pursue music?

I know you were in a music collective called OG horse, what's the story behind that collective and how did you meet these people?

I grew up with them and we all grew really close. All of them are like my big brothers. When I was younger we used to go to one of the boy's houses and make beats and music.

When we first got on the phone you say that you were just chilling with a friend writing. Do you tend to write in a more relaxed state? What's your process?

I like to go write a lot when I go home (Walsall). It's really relaxing and it doesn't feel forced. Sometimes in studio can feel forced. It's good that I can have a place at home so that whenever I have an idea or something comes to me, I can just go downstairs, start singing and record it.

I knew that "Blue Lights" was based around the sample of "Sirens" by Dizzee Rascal, what is your connection with the British music scene?

Who are some of your biggest music inspirations?

Amy Winehouse. I love her, she's amazing. I used to watch all of her live performances on YouTube, one of my favorite ones is when she performed "I Heard Love is Blind," it's so beautiful.

You collaborated with Drake on More Life earlier this year which was a huge moment, how did that collaboration come about and how did you connect with Drake, what's the story behind that?

He messaged me on Instagram and then he sent me that song with Black Coffee, it had the vocals on it. I thought it was a sick song, but I write all of my songs and I didn't want to sing something that I couldn't really relate to. But then I listened to it again and I got what she was saying, I understand what she's singing about now. So then I recorded it with Ricky. We recorded it and sent it back. At the end of that track, [Drake] used the sample in "Doing It Wrong."

How has your career been post Drake collaboration? That was such a huge moment for you.

I have more eyes on me.