Known for her candid social media presence and outspoken, magnetic demeanor, Bronx-born rapper Cardi B rose to stratospheric heights this year on the wave of her summer anthem "Bodak Yellow." Despite her whirlwind success, Cardi has kept it real, speaking out about police brutality, honoring Colin Kaepernick at the VMAs and continuing to share her life and feelings unapologetically with her fans. She's now made music history as the first female rapper to snag the #1 spot on Billboard's Hot 100 chart without any features since Lauryn Hill. From stripper to BET-nominated artist, this "regular, degular schmegular" girl from the Bronx reminds us that being beautiful also means staying true to yourself.

Somebody asked me before, when do I feel the most beautiful, and I told them, "I feel beautiful when men think that I look beautiful," and everybody was upset because they told me that I shouldn't let men make me feel like I'm beautiful. But do you guys want me to lie to you? When a man tells me that I look good and appealing, that's when I feel great. I don't miss dancing but I do miss the fact that when I was performing, I had the richest of the richest men, drug dealers, scammers, doctors, lawyers, oozing for me. They wanted to give me money because I looked good. That's how I know I'm freaking beautiful, because people are paying me because I'm beautiful.

Do you feel beautiful when you're performing now?

It's a different feeling. Me knowing that I could get anybody I want because of the way I look makes me feel beautiful. A lot of people on social media try to make me feel like I'm ugly, they're always talking about my nose. A lot of people say that I have an amazing body, but my face is not all that and it's like, how is that true? I could get anybody I want and if I was ugly I wouldn't be able to.

Being famous people try to tear you down. A lot of people tell me that I'm ugly every single day on social media and it puts my self-esteem down sometimes because I am a woman and it hurts our feelings when people call us ugly, but then I remember that everybody I've ever wanted I got. Men used to give me money because of my looks; if I was ugly no one would spend a dollar on me in the strip club.

What about inner beauty?

What does success mean to you?

I don't even know what success means anymore because I feel like I'm not successful enough. Every single time that I set a goal and I accomplish the goal, I feel like it's not good enough. I'm only telling you the truth. At first I wanted to make a certain amount of money, then I made that amount of money, and that wasn't enough. Then I always wanted to be a respected artist; now I'm getting respected but I still want more. Maybe you're just never fully satisfied.

So maybe it's about reaching and grinding and trying to achieve something.

You've had a crazy year. Has there been one best moment, where you were like, "This is it?"

The best moment for me is everything that I've ever talked about, everything that I've ever wanted becoming a reality. It was very frustrating because I kept telling people, I kept telling my managers, I kept telling my friends, "I feel like I'm doing this music thing and I'm not getting to where I wanted to be. It's been a year, it's been eight months, and I already put out two mix tapes. What it is?" My managers always have a lot of hope; they're always positive. I feel like I was getting them so negative to the point that we were looking for other plans. So for me to know that I hit success is when I started having hope again and they started having hope again.

Now it's really happening and I'm really here. I'm getting everything I wanted, the money and the respect. At first I always wanted the money but then it was like nah, I want the respect from these artists and everybody. I want people to take me seriously as an artist and a musician. I'm tired of getting denied for features, I'm tired of it. And now it's happening. It's the best feeling ever when I meet an artist and they're like, "Hey Cardi B, I love you, when are we getting in the studio?" That's the best feeling. I'm happy they're not seeing me as a funny person or a sex symbol, they're seeing me as an artist, as one of them.

Do you feel like you've become less negative as your music career has taken off?

It's just the way I am, I guess. I feel like there's always a catch or something. "Things are too good, what's going on?" Maybe it's something that I need to stop doing, but I always like to prepare myself for the worse.

In this past year has there ever been a moment when you felt like giving up?

What happened? How did you get through it?

The reason why I didn't give up is because first things first, I have a whole team so if I lose they lose. Then, my fans, Bardi Gang, they were just constantly harassing me for new music. It's just like I cannot give up because they really love my music, and I can't stop what I'm doing because I already started it. Everybody else who's not an artist, they don't understand how frustrating and annoying it is. The process and how low you feel. You make songs and stay hours in the studio, you're just not getting the results you want until you meet other artists.

The other artists tell you how long it took you to get where they want to be or how hard the process to be where you want is. And it kind of sounds similar to what you're experiencing. It's like, if these motherfuckers went through it and the same motherfuckers are number one maybe I need to be patient too. Patience and dedication so you can have celebration.

Was there someone in particular that gave you advice or inspired you?

Do you think there will ever come a time where you're less open about your life, and share less with your fans on social media?

Actually, I'm not as open as people think I am. Little by little I'm becoming less open. It makes me sad, that I can't say what I really want to say or express myself how I used to.

Nowadays you can't even have a voice if you're an artist. You have to really watch what you say or you're a phobic, or you're a racist, or you're a colorist, or your opinion is too strong. You have to be scared that you'll lose fans, or people are attacking you, or you get canceled. I really hate it because I cannot be as real as I want to be because people are so sensitive and I guess that's the price you pay when you want to be a good artist. But there's going to be that one day where I explode again as an artist, and I'm going to give you 2013 Cardi B. Imma let motherfuckers know. I've been quiet a little bit, but I'm about to start getting back to my old ways. I'm just annoyed that I have to keep my mouth shut. I'm annoyed. Dead ass.

Now I know why these artists be doing drugs. I don't do drugs, but now I know. When I was younger I used to see these artists, these actors, commit suicide, overdose on drugs, being depressed and wanting to kill themselves. I would be like, "Why do you want to kill yourself? You're rich and you're famous, I'm broke and I don't even want to die like that." I know why now because you have to be a puppet and do things you don't want to do. I see people that say things out their mouth and then they have to apologize for it. Why do you have to apologize for what you feel? Why do you have to watch how you say things? Everybody wants to be free and everything, why can't I be free? I have to satisfy you, you and you? It just gets on my fucking nerves. It's like I'm a prisoner. I hate that shit. I came up talking on my beliefs and now it's like I can't even do that shit no more. But it's going to be that one motherfucking day, that I'ma say what I say.

I think people are hungry for that authenticity though.

They think they are hungry for that until you motherfucking say it and then they want to call you ignorant, problematic. All this bullshit, then they start labeling you something that you're not. It's ridiculous.

That is a lot of pressure.

You have to be in my shoes so that you can see how frustrating it is.

What advice would you give to young women trying to do what you're doing?

Do what works for you. Don't do what other people do and then think it's going to work for you, because it might not. What worked for me, it might not work for you. What worked for me was stripping. Stripping got me my first apartment, stripping got me my boobs done, stripping fed me for a very long time. But it might not do the same thing for you, baby girl. Find a way for you and always save money. Don't get distracted by men. I spent a lot of time and money bailing men out. I almost went broke, getting lawyers for men. I quit college chasing a man. Don't stop because of a man. 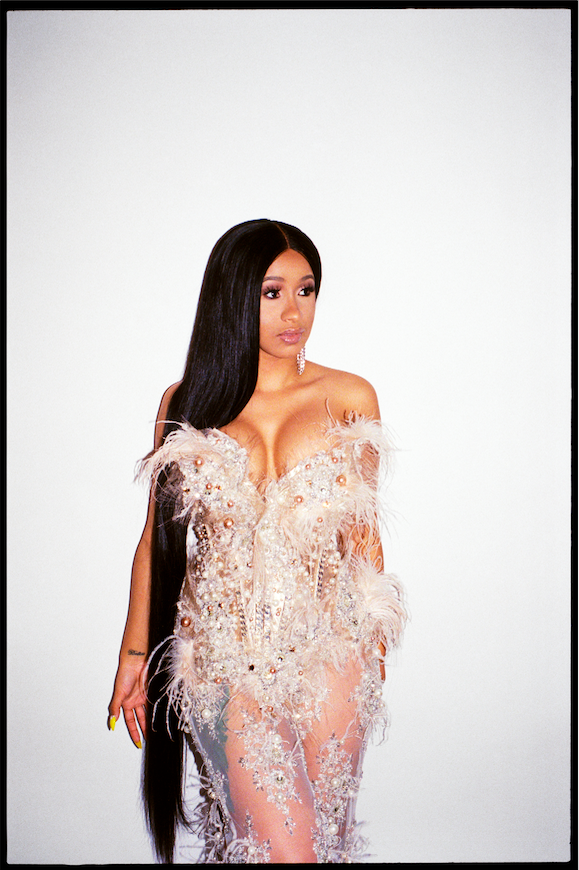 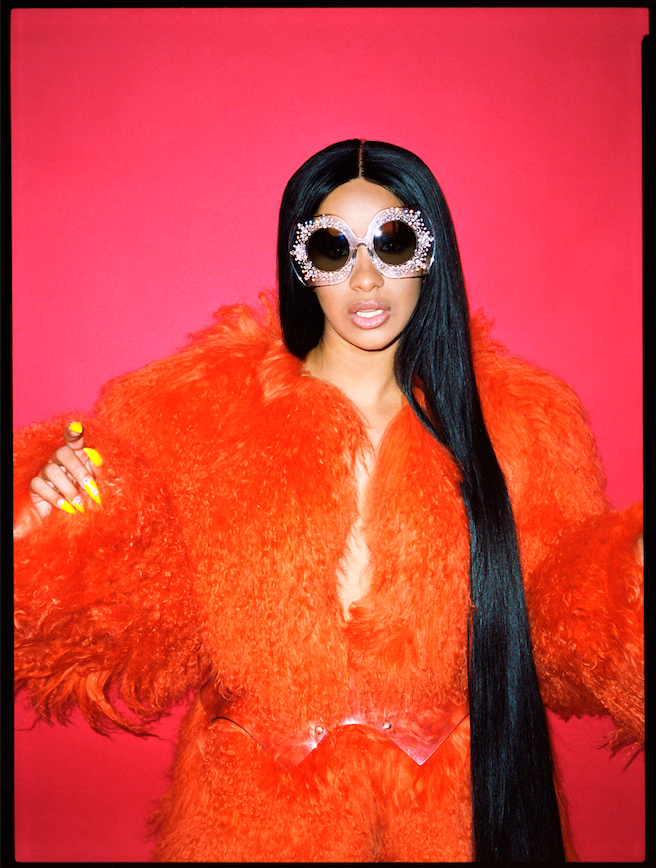 From Your Site Articles
LGBTQ

Tate McRae and Alexander 23 Sit Down Together on Tour

How to Get an Abortion

Kendall Jenner and Devin Booker Have Broken Up