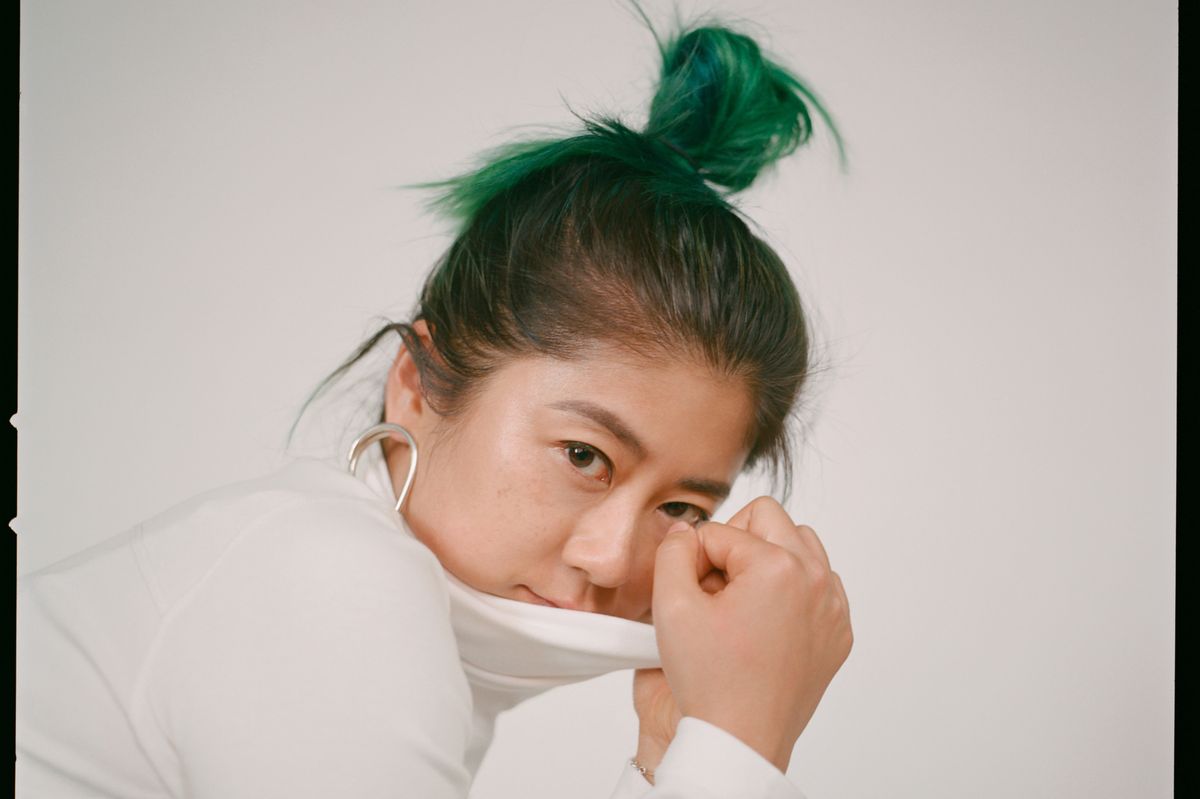 At night, in bed, surrounded by snacks and books.

I blind submitted my writing to Tavi Gevinson when she first announced that she was starting a magazine for teen girls. A year later, she wrote back and offered me a staff writer position. I love that I can say a fifteen year old (albeit a brilliant fifteen year old) plucked me out of a slush pile and gave me my start.

Can you describe any current projects or activities? My first collection of short stories,Sour Heart, is coming out on August 1st. It's the first book from Lena Dunham and Jenni Konner's new Lenny imprint at Random House. I'm also editing my second book of poetry, working rather leisurely on a novel, and just started writing a screenplay.

In these times, even modest wants can have an aura of extravagance. Being able to afford healthcare makes me feel successful--and I'm still waiting on that. Knowing that if I were evicted from my apartment tomorrow, I'd be okay, I'd have a cushion, something to fall back on. Being able to take care of myself and the people. To have room for mistakes and deserve forgiveness from time to time.

Yes! I don't want to be surrounded by sycophants and flatterers. That said, the best critics to listen to want you to succeed, not fail, and their criticism comes from a place of genuinely believing you can do better.

Hard to pick just one! Well, I failed to write a novel, which is what you are supposed to do if you want to be a A Very Serious Writer. I failed to get into any of the major literary magazines you are supposed to be published in if you want to be A Very Serious Writer. Never got into any residencies or won any prestigious literary fellowships. For years, I struggled to find an agent and was rejected by tiny literary journals and small presses. I had years of what would be considered total failure.

I don't think about it very much. I just want to be a kind, loving person while I'm alive. I think about doing the best I can with what I've got. What happens after I die is not something I concern myself with too much.

Trying to find a life for your writing outside the confines of capitalism is always a good idea. By that I mean, find a way to support yourself that isn't dependent on writing, and then find a way to incorporate writing into your life, whether that means giving up on the pleasures of going out for beers after work, or trading in a lazy Sunday afternoon doing nothing with a Sunday afternoon reading and writing. Of course, if you are rich or have financial support, then this advice doesn't really apply. If you look hard at who becomes a successful writer, you will find so much visible as well as hidden wealth. Lack of resources is a bigger obstacle than lack of talent, which can be honed, improved on, and developed. Find a source of money that doesn't deplete your creative brain and you will be well on your way.

I've wanted to many times. The last time I wanted to really give up was five years ago, when I was working six part-time jobs and two of them hadn't paid me in three months. I was working seven days a week, commuting four hours a day, and was still charging groceries to my credit card. I felt like such a colossal loser.

What trends in your field do you find most exciting or are you most optimistic about? What about your field is frustrating? What would you like to see change?

I'm excited when I see daring, experimental, gutsy writing by people who historically have had a harder time making a career out of writing. I dislike elitism in the literary world. There are so many gatekeepers who are terrified of change and refuse to admit something like "taste" might not be so innocent. The Western literary canon is dead and irrelevant. That's okay! Embrace it.

I don't want to lose my privacy in exchange for success--that's not a pact I want to enter into. Is it asking too much to want some attention, but not too much? Or to go looking for the right kind of attention? Is that a fantasy? I've tried to live my life as much offline as it has been online, but still, so much of it is searchable. I don't want to live out my mistakes on a public stage, have my every moment, good or bad, recorded into permanence. I'm still maturing as a writer and in order to do that, I have to have room to grow. I don't know if women of color are allowed that. I feel often like I only get one shot, and if I blow it, I'm out.

What was the first moment you knew you were going to be able to do this as a job--not necessarily your first big break or success, but the first time, even small, you thought, "this is it, this is my career"?

To be honest, I still haven't had that moment. Maybe that seems falsely modest or overly self-effacing, but I truly don't have stability yet. Quite the opposite--I feel like any day now I'll have to look for another job to supplement or even replace my writing. What I will say is sometimes after finishing a story or an essay or a poem, I'll put it away for a few days, and when I return to it and read it over, I think: maybe I do have something to say! Writing will always be part of my identity and my life. Will it always be my career? That, I don't know.

The question that brings me much turmoil is along the lines of: Should I do this possibly corny thing if it'll expose me to a bigger audience? I have a hard time doing things that don't feel authentic to me, but I also don't have a trust fund. I don't have a partner who is supporting me financially. I want to be able to take care of my parents one day soon. My adherence to purity costs me a great deal. At some point, I decided I had to let go some of some of my writing autonomy in order to make a living.

I make coffee and then forget to drink it and find it hours later, cold and disgusting with multiple rings around the inside of the mug. I like porridge in the morning with pickled vegetables or sausage and eggs if I'm not as lazy. I try to do the Korean 10-step facial routine but I sometimes get bored after the third step and will forget to slather on moisturizer and realize only hours later why my face is so dry and itchy.

I'm excited for my collection of short stories Sour Heart to finally land in the world, hopefully a world that is on it's way to universal healthcare, a living wage, fighting global warming, dismantling the police/military state, and peace over the war machines of imperialism and capitalism!!

Endless, ruthless greed that destroys this earth and all the living things in it.

I'm ok! If I weren't so limited by my own experiences, I'd probably be better, but everyone gives the advice they wish they could take themselves. I think the best advice I've ever given was to the many women I know who have become entangled with emotionally abusive, pathological narcissists, and that advice was: "Cut them out of your lives completely." I don't think anyone has ever regretted taking that advice.

I'm bad at first because I resist and argue or I'll pretend to listen but do the exact opposite, but I'll usually come to my senses later (sometimes much, much later) and remember the advice I had previously shrugged off. I think the best advice I've ever gotten was when I was fretting over running into someone I did not want to ever see again and I was advised to simply say, "Walk away right now. You don't want to do this." It was so simple, yet so powerful.

It's corny as fuck, but having a kind, loving heart will always be beautiful. On the other side of that, boundaries are also beautiful. And someone who has both a big heart and strict boundaries? Fucking hot! I hope I have a little bit of both. I certainly feel the most beautiful when I am able to be generous with my love and able to say no to emotional vampires.

I'm proud I had faith in the freaky, earnest, weirdo in my soul who thought someone other than me might want to read these seven stories I wrote about Chinese American girls growing up in New York in the 90s.