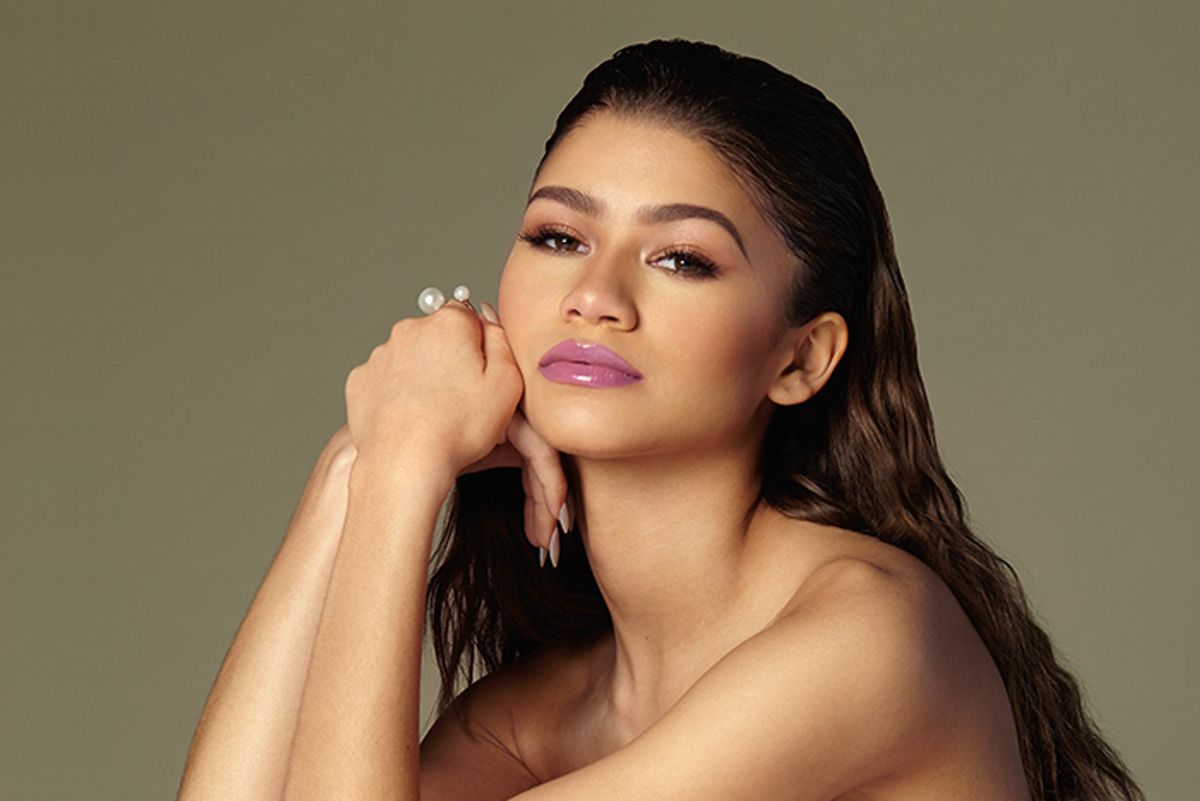 PAPER is proud to present a conversation with Zendaya -- singer, star of Disney's K.C. Undercover and member of the Beautiful People Class of 2015. Read on for her take on the American Dream (the theme of our April issue), and meet Zendaya's classmates here.


Congrats on the new K.C. Undercover. It's a huge opportunity for you -- you're starring in the show, obviously, and it's been quite the year. Tell me a little bit about it.


Well it's cool for me because not only do I get to act in it and be in front of the camera; I get to be behind the camera and produce, which is kind of a new hat I'm putting on. I've always wanted to do it, and I've always kind of paid attention to behind the scenes, but now I have a whole new respect for what goes into creating a production.


Pretty much any kind of decision that is being made, they usually talk to me about it first - whether it be script changes, costumes, sets, design, whatever. I like to be involved as much as possible.


Are you also in the midst of working on your new album, or have you kind of had to put that on pause while you're shooting the show?


No, I'm working on it. I usually work on it on the weekends.


Well there's no title yet, but honestly I'm just trying to make good music that I enjoy and that I think that is a step up from the last time.


I'm taking more time, first of all. So I think being able to sit back and take the time and not be afraid to just wait and have everything you need and make the right connections and do the right collaborations and have the right songs -- I think it's already starting off in a better direction.


It's less pop and more R&B and urban rhythmic with a dash of pop, rather than the other way around.


I want to talk a little bit about how you originally got into the business. I know you're from Oakland, and you started acting at a pretty young age, and your mom worked with a theater company, right?


Yeah, my mom worked at the California Shakespeare Theater; she started working there when I was like two. So that's kind of where I got the whole acting thing - just being submerged in a real theater world.


When did you and your family, though, make the decision for you to actually come out to L.A. and start auditioning for film and TV roles, as opposed to staying at home in Oakland and doing theater and school productions?


It kind of started with me and my Dad driving back and forth from Oakland to L.A. multiple times a week while I was still in school. He ended his job as a PE teacher so that he could help me pursue my job in the entertainment business. I wanted to be a singer, I wanted to be a dancer, I wanted to do all of that, you know? But it's not promised - going out there for auditions. Not even for a callback. But, fortunately enough for me, I think because I was really strong in what I wanted and I went out there to just get it, I got my first big job: Shake it Up.


So how long had you been auditioning when you were cast in the show?


And what was it like to hear that you had just landed this massive role? Do you remember what you were thinking or feeling at that time?


I don't know. I think I was in shock a little bit, but again, I had come out there for the intention of getting a show, or being on a show or something like that, so I always knew it would happen. It wasn't a matter of if, but a matter of when.


Who were some of your role models in the entertainment world?


In the entertainment world, I think there're definitely careers I look up to, like Beyonce's and Michael Jackson's and stuff like that. But as far as role models - role models for me are like my big sister. She's always there for me. She somehow balances having a family, going to work, all this craziness, and still has time to make sure her little sister is OK and hang out with me.


Did you ever have a moment when you wished you could have more of a typical teenage life?


I don't think so, honestly. I never really thought that way because I feel like I may miss out on going to prom, but think about the greater percentage of kids who will miss out on being on Dancing with the Stars, you know what I mean? So in the end I'm pretty cool with my decisions.


I know you've attended Fashion Week and shown some very cool style on the red carpets. Is fashion something that you're interested in?


I think that fashion -- contrary to some people that believe in trends, I believe in honestly, wear whatever you want, whatever makes you feel comfortable. I believe in confidence and just dressing for yourself. So me, I never have ever really worried about what people thought based on what I dress like. If you leave the house and you feel good, that's all that matters. I think that's what fashion is about: expressing yourself, whether you wear the hottest, most expensive designer or you wear something from Target or something you made, as long as it's fly and you like it.


Are there any brands or designers that you really like, or think what they're doing right now is really cool?


I love Fausto Puglisi. He's also the head designer of Ungaro, and I wore an Ungaro dress to the Grammys. I've been able to meet him and he's a wonderful person, so that was really cool for me. Vivienne Westwood is so fun, and patterns that are so different -- she's a legend, so I love working with them. Who else? I love DKNY -- I love their campaigns and how they really celebrate different kinds of people. It's very inspired by urban culture, which I like.


Last question. How, in an ideal world, do you see yourself transitioning from the teen roles that are appropriate to you right now as an 18 year old to an adult career? How you'll straddle the adult audience and your fan base of Disney fans and teens and young adults.


You know, I think there's a way to balance all of them at the same time. I think people have yet to really do it -- to engage the young fans, which is really important because the young fans, you've got to realize, are sometimes the most hardcore fans out there. They're the ones that are going to force their mom to support you. And a lot of the kids that grew up watching me on Shake It Up are now like 17, it's weird; it makes me feel old. There's that group of people, and as I get older and people know me from different things or just follow me on Instagram or whatever, I think the most important thing is to have that balance: for everything to be edgy and different and something that a 25-year-old would want to be a part of, but also at the same time you don't have to cover your eyes when a seven-year-old is watching. I think that's a balance that is really hard for people to find, but I think can be done. So I'm going to do it.

Photo by Albert Sanchez; Zendaya wears a dress by Elenareva and a pearl ring by Wanderlust + Co Pearl; styling by Dana Goldenberg at Wilhelmina, hair by Kim Kimball for the Celestine Agency, makeup by Zendaya
Location: Mack Sennett Studios