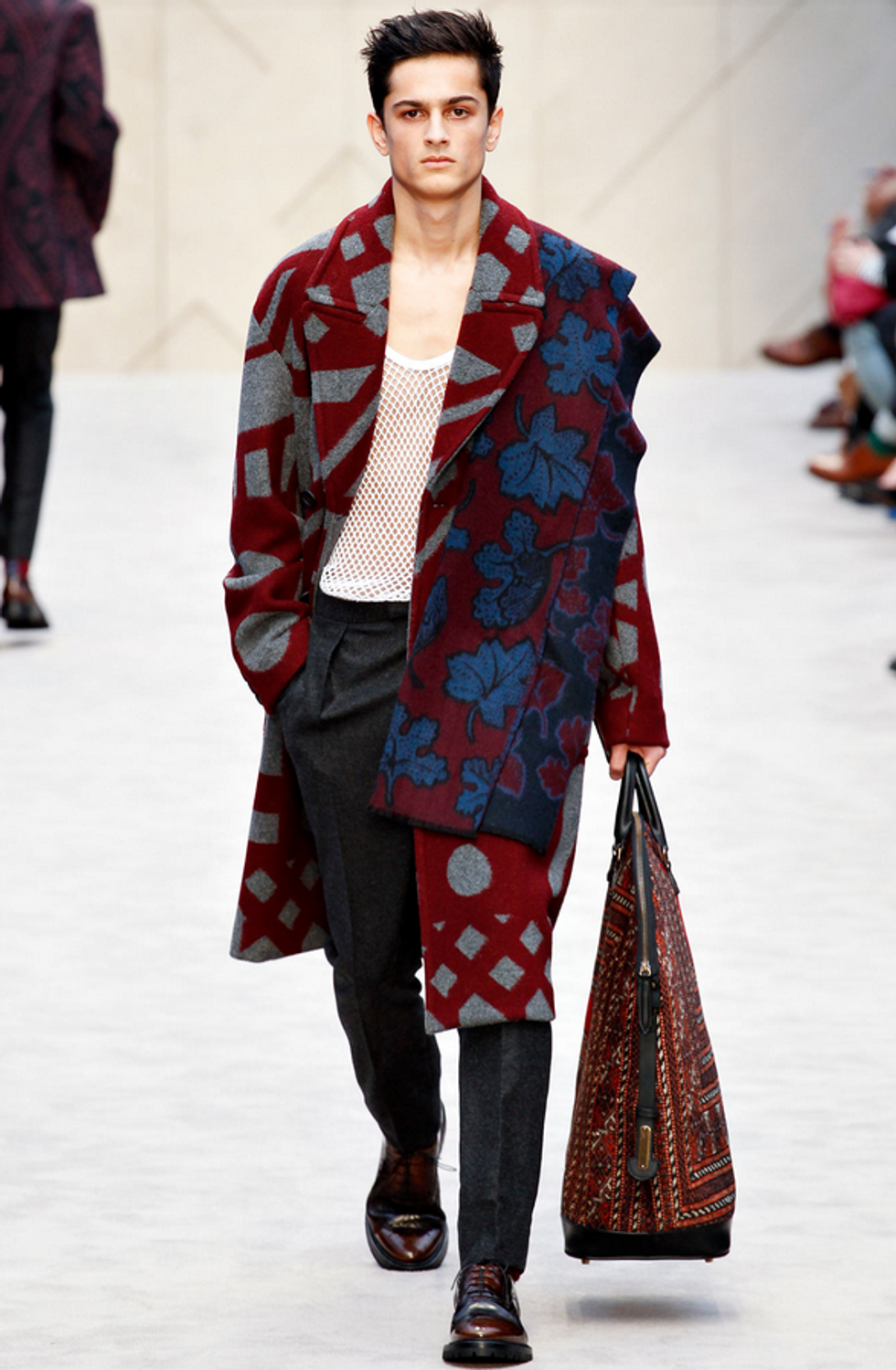 by PAPER
PAPERMAG
Meet 10 of the most exciting new models working today -- and check out the wildly diverse ways they redefine the theme of our April issue: the American Dream.

Photo by Kathy Lo; Hari wears a dress by Calvin Klein, a shirt by JW Anderson, sandals by Marc Jacobs and a bracelet by Kate Spade
Hari Nef
"I always wanted to be beautiful and I never thought I was. And then the cultural definition of beauty shifted around me, and all of a sudden I was led to feel differently," says Hari Nef, a 22-year-old model, writer and actress who has found herself at the forefront of a seismic shift in the media and public's perception of trans people.

Coming off last year's high-profile NYFW runway debuts at Hood by Air and Eckhaus Latta, Nef walked in VFiles' fall/winter 2015 show and appeared in Degen's presentation. Recently she starred in Dev Hynes and Neneh Cherry's video short He She Me, part of a campaign to promote gender neutrality. This year will yield more fashion, television and theater work.

"The American Dream to me is the unlimited potential to manifest," Nef says. "I was a short, overweight Jewish boy in the suburbs of Boston, and there came a point where I realized that the stuff that I liked was literally part of a person that I could become. Regardless of sex assigned at birth, if you shout something long and loud enough it will eventually become true. And if you work really, really, really tirelessly hard." [Emily Warman; read our extended interview with Hari here.]
Photo by Diggy Lloyd; Bella wears an outfit by Prada
Bella Hadid
In the modeling world, good genes and family connections will only get you so far. Thankfully for Bella Hadid, daughter of model and Real Housewives of Beverly Hills star Yolanda Foster and sister of model Gigi Hadid (see: Beautiful People 2014), catwalk poise and on-camera spark come naturally. After signing with IMG Models last August, the 18-year-old quickly landed editorials with Teen Vogue and CR Fashion Book. This past February, her turn in Tom Ford's fall/winter show served as her coming-out ball. "It was nerve-racking, because I'd never met Tom Ford," Bella says. "But he was so sweet. He said, 'Don't be nervous. You look beautiful and you're going to do great.' If Tom tells you to calm down, you calm down."

Bella now calls New York home, but the L.A. native hasn't lost her California Zen. "I'm just trying to work on being one with myself," she says. "People always think that the American Dream is to become wealthy or famous. I think it's just to be happy." [Abby Schreiber]
Photo via Style.com
Lucky Blue Smith
When you're born with a name like Lucky Blue Smith, you're pretty much destined for a life in front of a camera, and Smith's career as a male model is only gaining momentum. With his icy platinum hair and breathtaking blue eyes, Smith has graced the covers of Jalouse and Rollacoaster, walked in Jeremy Scott's FW 15 show and signed on to be the new face of Hilfiger Denim. World domination is only a piercing gaze away. [Kate Messinger]
Natalie Westling
With her one-two punch of brown saucer eyes and flame-red hair, it's not difficult to see how Natalie Westling landed herself in campaigns for Saint Laurent Paris and Marc Jacobs at the tender age of 17. Discovered only a few years ago in her native Arizona as a skateboarding kid who could care less about fashion, Westling has been practically omnipresent at recent New York Fashion Weeks, snagging a coveted spot opening Marc Jacobs' 2014 Spring show and walking for Anna Sui, Dior, Tom Ford and DKNY. Something tells us we'll be seeing even more of those big brown eyes come Fashion Week in September. [Elizabeth Thompson]
Tarun Nijjer
When a relatively new face opens and closes the Burberry fall show, people start to take notice. Tarun Nijjer, the 19-year-old model from London, is the first man of Indian descent to reach such success in the fashion industry, and now that he's working exclusively with Burberry, it won't be long before his name is just as recognizable as his face. [KM]

The American Dream? That's not really still a thing is it? Surely not...

Photo via Style.com
Aya Jones
Nothing cements you as a face to watch in fashion quite like an exclusive debut at Prada. Paris-native Aya Jones has been working for under a year, but she's already walked every major show and made her editorial premiere in it-girl making magazines CR Fashion Book, Love and Vogue. Though her resume may already be impressively long, Jones' career is just getting started. [Emily Kirkpatrick]
Molly Bair
Newcomer Molly Bair's singular beauty immediately set her apart from the model pack. At just 16 and with only one season under her belt, Bair has already secured her haute couture status, walking in more shows than many models book in a lifetime and starring in a number of big name editorials to boot. Clearly, Bair's career is poised to be as out-of-this-world as her looks. [EK]

24-year-old Bronx-native Corey Baptiste has quickly garnered comparisons to male-modeling OG Tyson Beckford. And considering the relative newbie's chiseled features have already landed him international campaigns for brands like Kenzo, Ralph Lauren, Adidas and DKNY, the hype around him is more than justified. In an industry where most men struggle to even have a career, Baptiste makes it all look easy.
[EK]

"To me, the American Dream is having the opportunity to not only achieve your goals but to also defy social and racial inequalities so that you can be both a part of change and a catalyst for it. I embody this dream each day as I still face adversity in a world that is defined by what is only skin deep. Being one of the few African Americans in the industry, I have been able to continue clearing the path for equality by fighting for it every day." -- Corey Baptiste

Photo via Style.com
Mica Arganaraz
Mica Arganaraz was a breakout star of 2014, fronting i-D magazine's Beautiful issue and scoring the first solo Prada campaign since Sasha Pivovarova. The 22-year-old Argentinian rightfully nabbed a spot on Style.com's new faces-to-watch list after opening for Miu Miu and closing at Isabel Marant and Margiela. With a banged bob that puts Taylor Swift to shame, Arganaraz is a fashion force to be reckoned with. [EK]

Soo Joo Park
When you're known by one name in the industry, it's pretty safe to say you've reached living legend status. Case in point: bleach-blonde South Korean phenom Soo Joo Park. Soo Joo has already attained the most prestigious heights of fashion as the face of Chanel, Tom Ford and everything else under the sun. Now she's breaking down new barriers as the first Asian model to land a beauty campaign with L'Oreal. [EK]