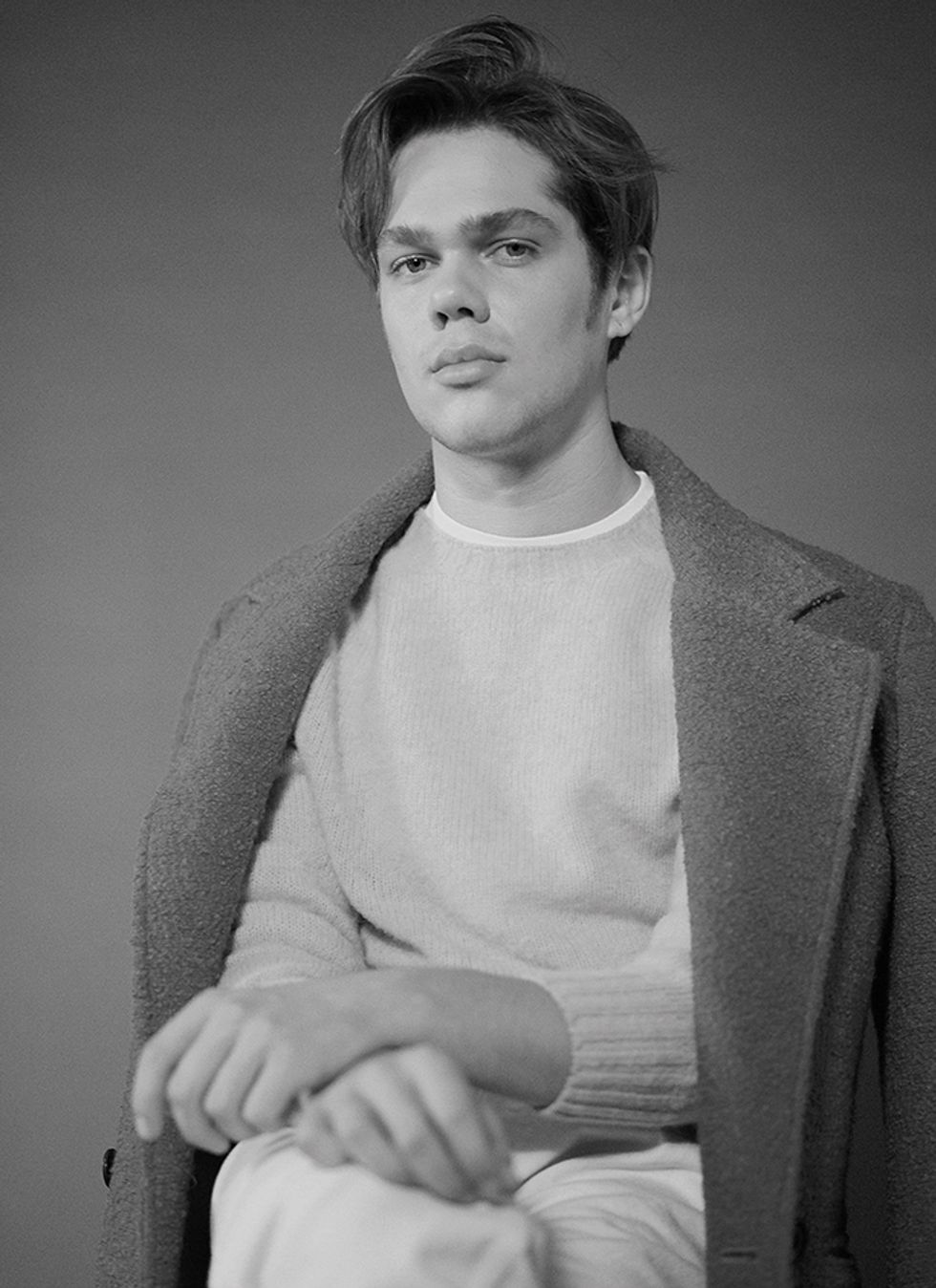 PAPER is proud to present a conversation with Ellar Coltrane, Boyhood star, Wilhelmina model and member of the Beautiful People Class of 2015. Read on for his take on the American Dream (the theme of our April issue), and meet Ellar's classmates here.
Can you tell me a little bit about what the past year has been like?
It's been crazy. Texas is pretty different from all of this. Making Boyhood was such a small, family kind of thing. None of us expected the exposure that it's gotten, so it's really been a culture shock to come out here and be in the middle of all this craziness.
What kind of stuff do you end up doing when you're in Los Angeles? Is it all work, or do you get to go out or have any sort of fun?
For most of the year, it has been press and the awards circuit and all that. You meet a lot of cool people in the midst of all this.
What's your life like in Austin? How is it different from when you're working out here?
It is kind of the same in some ways. I'm not working a day job. It's strange: I've been doing all this crazy work out here this year, and then I go home and I don't have anything to fill my time. I end up making a lot of art. I've been writing a lot. I'm lucky to have friends that I've known for a long time so that hasn't changed. Those relationships haven't changed because of Boyhood, fame or whatever.
Boyhood was a huge chunk of your life time-wise too, right?
It was and it wasn't. That's the funny thing. It took place over 12 years, but we shot for a total of 40-something days over those 12 years. Ultimately, it was about the same amount of time as a normal movie, maybe a little less than some movies, but we shot maybe four or five days a year. You go and work really intensely for those few days but, for the rest of the year, it's not like it was something I was working on constantly. And then this year, with the whole press push and the release, has been a lot more work than the movie ever was.
Are you in school right now?
No. I really want to go to college. That's the other thing with continuing acting or whatever I do: trying to find a balance between moving forward and finding work, but I really feel strongly that I need to go to school in the next year.
Is there something in particular that you want to study?
Multiple things. Definitely painting. Theater, probably. Trying to find somewhere where I can study more than one thing at once.
What are your own favorite movies?
This year, I really liked Under the Skin. Blue Ruin was really cool. It's rare that I see a movie that I don't like. The things I'm more interested in are more visual storytelling. That's what I like so much about Under the Skin, I guess, is using more visual cues to tell a story as opposed to dialog.
What music are you listening to?
Recently the Cure. Always Radiohead and The Smiths. There's Pinback; they're a newer band that I really like.
What do you think of when you hear the words "American Dream"?
It changes a lot, what the American Dream is. Also, the American Dream of people in America and outside of America, they have very different ideas about what this country is. Just healing and getting better, that's really the dream right now. We've gotten ourselves into an uncomfortable position in this country and the whole world, but definitely here. That's my dream for America: to heal and learn to love each other.
For your generation, did the dreams change? Is there something specific for people in their early 20s?
Yeah, I guess. I was thinking about that recently for my generation. A lot of our parents grew up in or around the '60s, kind of had that revolution when they were young. That sort of fizzled out or whatever, but we all have that influence. We've grown up with this awareness of a change that started to take place. It did change things in a lot of ways, but [it] didn't change as much as it could have or people thought it might. Change... that's really the biggest kind of through-line: that we want change, a new paradigm.
What would you like to see change?
I guess I just want to see people, and myself, appreciate life and connection and growth and love over just industry and supposed progress and this whole forward goal-oriented thing where you're always working towards the next step or the next goal or next level. That sounds like kind of a personal thing, but I think it goes to the whole population as well. Everything has become so impersonal for so long. It's about these bigger entities, groups of people, as opposed to the actual people involved and what they want and need and feel.

BACK TO OUR 2015 BEAUTIFUL PEOPLE
You May Also Like
Fashion