Beat About the Bush with Trevor Carnaby 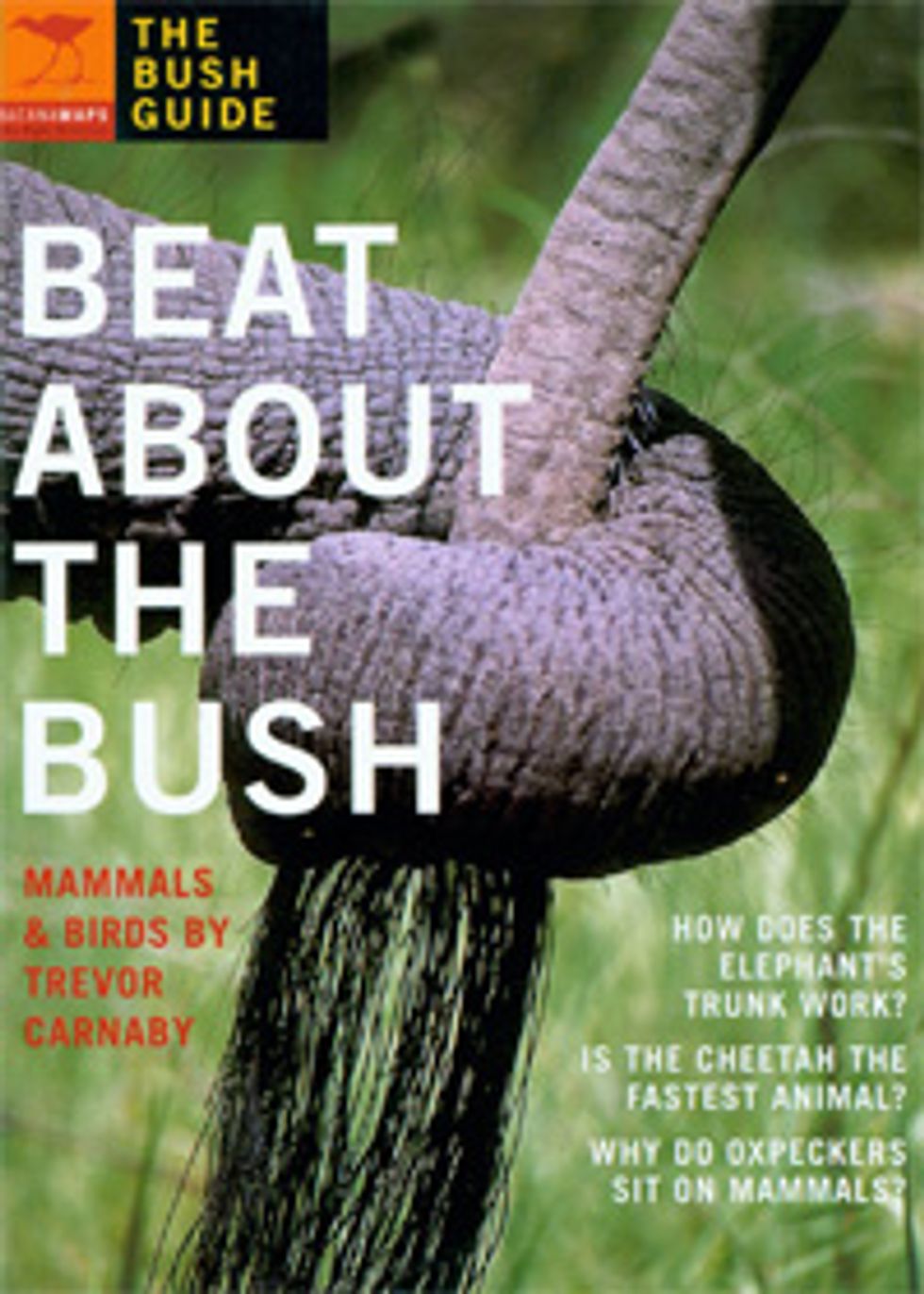 No this is not a dirty post people!!! Beat About the Bush is a marvelous book that answers all your questions about animal life in the African bush. Yes, MM is a little crazy on the Africa thing these days but you could be reading a post of Queen Geraldine of Albania so quit bitching and read about wildlife!!!

Anyhoo, the charming and delightful Trevor Carnaby was MM's guide in Botswana and his knowledge of all things wild is encyclopedic! Trevor is a South African and loves wildlife. He told MM about a horrible problem that has MM in a frenzy of confusion! Chobe National Park in Botswana is the elephant capital of the world with 150,000 precious pachyderms in the park. The problem is that the park really can only handle 90,000. Elephants eat like Mr Mickey and consequently there's barely a bush left with a tasty leaf on it for the other kids to chomp on so lots of animals are being very adversely affected. The poor Chobe Bush Buck is headed for extinction with only 200 little bucks left which is not a genetically viable number! Trevor thinks the herd needs to be culled with the meat sold to locals and the ivory sold for top dollar to the middle east and far east. Now MM is against killing any animal but if the elephants are causing habitat destruction that leads to survival issues for other animals, something must be done!!!! Elephants are such popular animals with people that suggesting killing one is like suggesting killing Santa Claus. And the whole ivory argument is hideous too. Now African governments have ivory that has been recovered from poachers but international law won't let them sell it because trade in ivory is illegal. The money they make from it could help pay to preserve national parks and fight poachers.

It's really a quandary and MM doesn't know what to think!!!!

Fat and All That: Mickey Boardman's WW Journey

Bagels Every Real New Yorker Will Want to Make