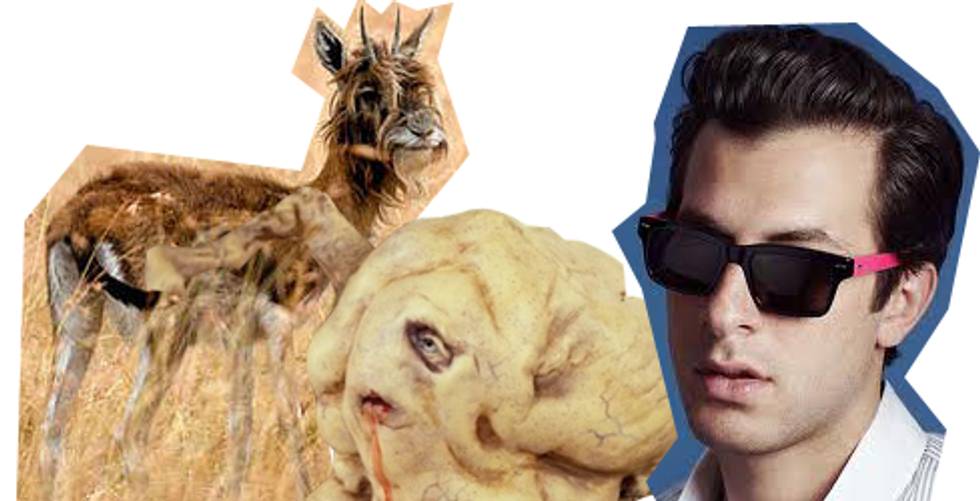 1. A mysterious "bearded antelope" was spotted and photographed in Kenya. [CSM]

5. Nicole Scherzinger is the latest sort of cheesy celebrity to make a guest appearance on How I Met Your Mother -- following Carrie Underwood and Britney Spears. She'll play Jessica Glitter, Robin Sparkles' former best friend. [Oh No You Didn't]

6. Can you spot Robert Schwartzman in the new (amazing amazing) music video for (a bleach-blonde) Mark Ronson's "The Bike Song."