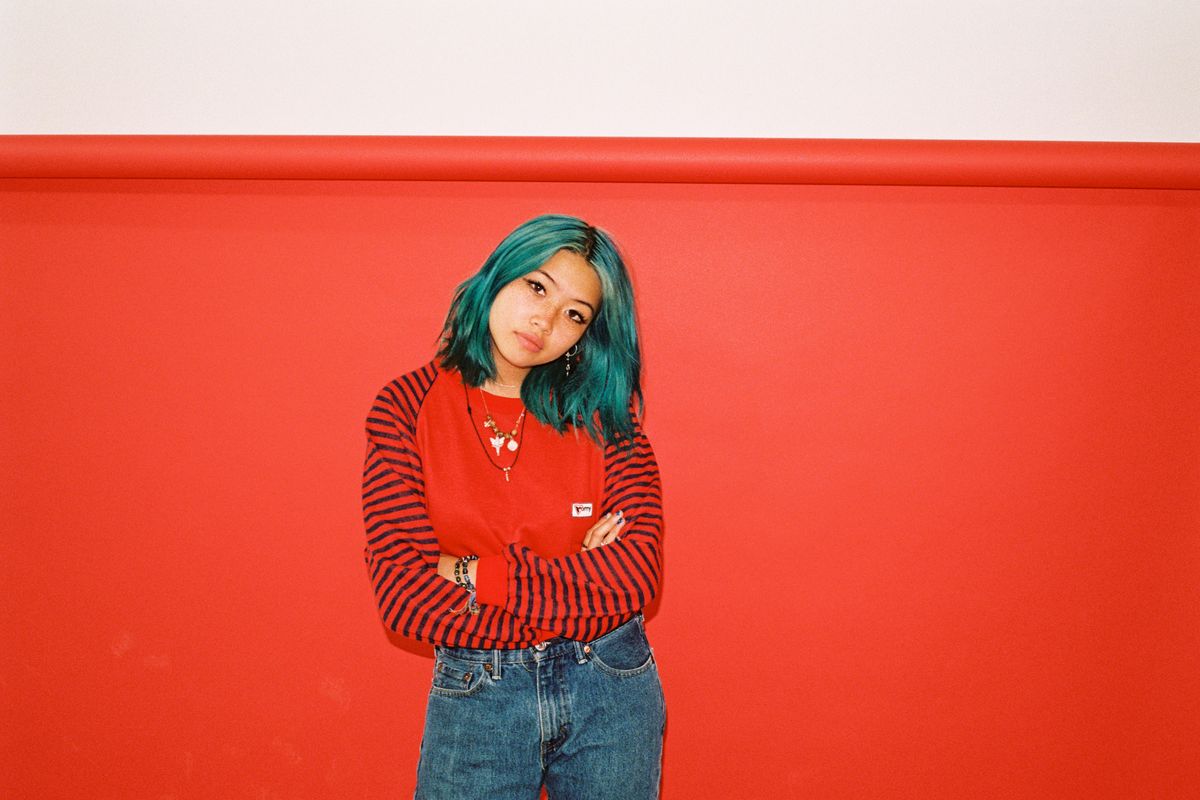 Beabadoobee Has Left the Bedroom

Like other defiant talents initially attached to the term, 18-year-old Bea Kristi, aka the enigmatically named Beabadoobee (a moniker lifted from her finsta handle), hasn't wasted time in expanding her musical world beyond "bedroom pop."

The term has increasingly become understood as a reductive descriptor, given that its defining quality (simplicity) often has more to do with resources than deliberate style, and because emotional depth can defy simple structure. Square in the middle of that conversation, the London teen's breakout songs — acerbic, plain-spoken injections of diaristic lo-fi indie-pop inspired by Kimya Dawson, like "Coffee," "Angry Song" and her cover of Karen O's "The Moon Song" — indeed could be a lost acoustic corner of Frankie Cosmos' Bandcamp archive.

But over the course of Bea's last two EPs Patched Up (2018) and Loveworm (2019), and since she got her hands on the full scope of her label, Dirty Hit's — where she's a peer of The 1975 and The Japanese House — resources, her spare sound has thickened. Revealing her rapidly advancing songwriting and guitar skills, her latest single, "She Plays Bass" commences the transformation.

The track's chunky, jangly flavor of '90s nostalgic indie rock, the clear melody and hazy vocals of which are right off Snail Mail's Lush or Soccer Mommy's Clean, have a new satisfying kick, according to a press release, inspired Sleater-Kinney and The Breeders.

Meanwhile, her signature blunt lyrics hold new emotional intricacy. Bea tells PAPER she wrote the track about her best friend, and "how much [they] appreciate each other's existence." The cozy world she conjures will be familiar to anyone who's felt the glow of a best friendship: "Guess we're both stuck in the same boat/ The world doesn't seem to get us though." However, it's not a simple song: Bea bluntly attends to the ambivalences and complexities inherent to any intense relationship." It's an impressive showing, and an exciting start of what's clearly a new phase of Beabadoobee.

PAPER shares the music video for the song, in which (fittingly) Beabadoobee rocks out with her new full band, who she'll take on tour with her as she opens for fellow bedroom pop graduate Clairo's headlining tour this Fall.