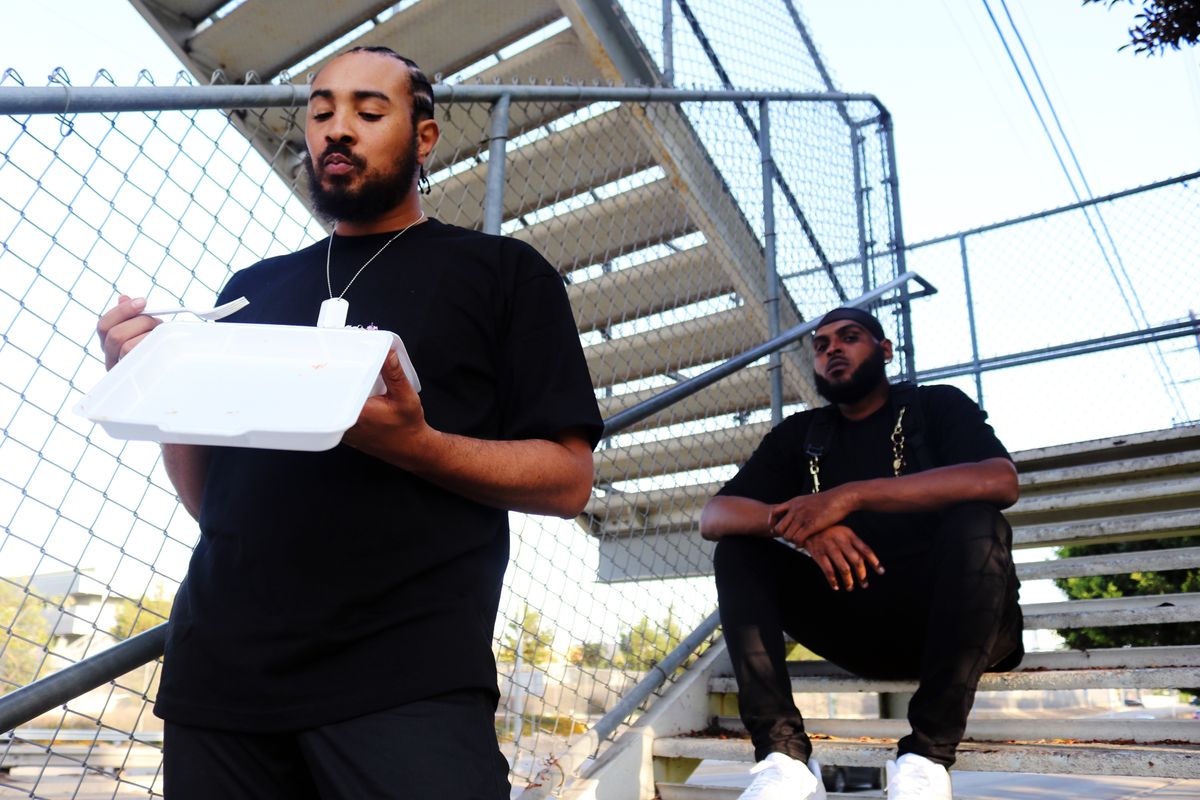 BC Kingdom Has Your New Late Night Slow Jam

Labels like "Next Big Thing" tend to get thrown around judiciously to the point where they become hollow and meaningless, but when it comes to Los Angeles-based R&B duo, BC Kingdom, it might just be deserved. The future-facing outfit has already managed to draw support from artists like Solange, James Blake, and SOPHIE who recently brought them out at shows in NYC, LA, and London.

Having briefly stepped out of the spotlight to produce for Kelly Rowland, BC Kingdom is back in full swing — their previous single "Yung Stunna" was critically celebrated with its dreamy production and seductive falsetto. In their follow-up, "Jeepz," BC Kingdom double downs on the late-night Second Life cruisin' vibes for another go around the block.

Rumbling drums that fold in on themselves punctuated by car-key beeps and woven together by an infectious chorus of "I've been ridin' around, round, round," BC Kindom's latest conjures images of driving around late night automotive wanderlust with a lover bathed in the phosphorescent glow of the passing street lamps.

Not ones to waste words, PAPER caught up with BC Kingdom for a quick chat about the track ahead of the premiere:

What was your inspiration for "Jeepz"?

Clueless and Cher Horowitz (Alicia Silverstone) not knowing how to drive.

The vibe and energy of Cali Swangin.

If you had a vanity license plate for your Jeep what would it say?

What can we look forward to in the future from BC Kingdom?