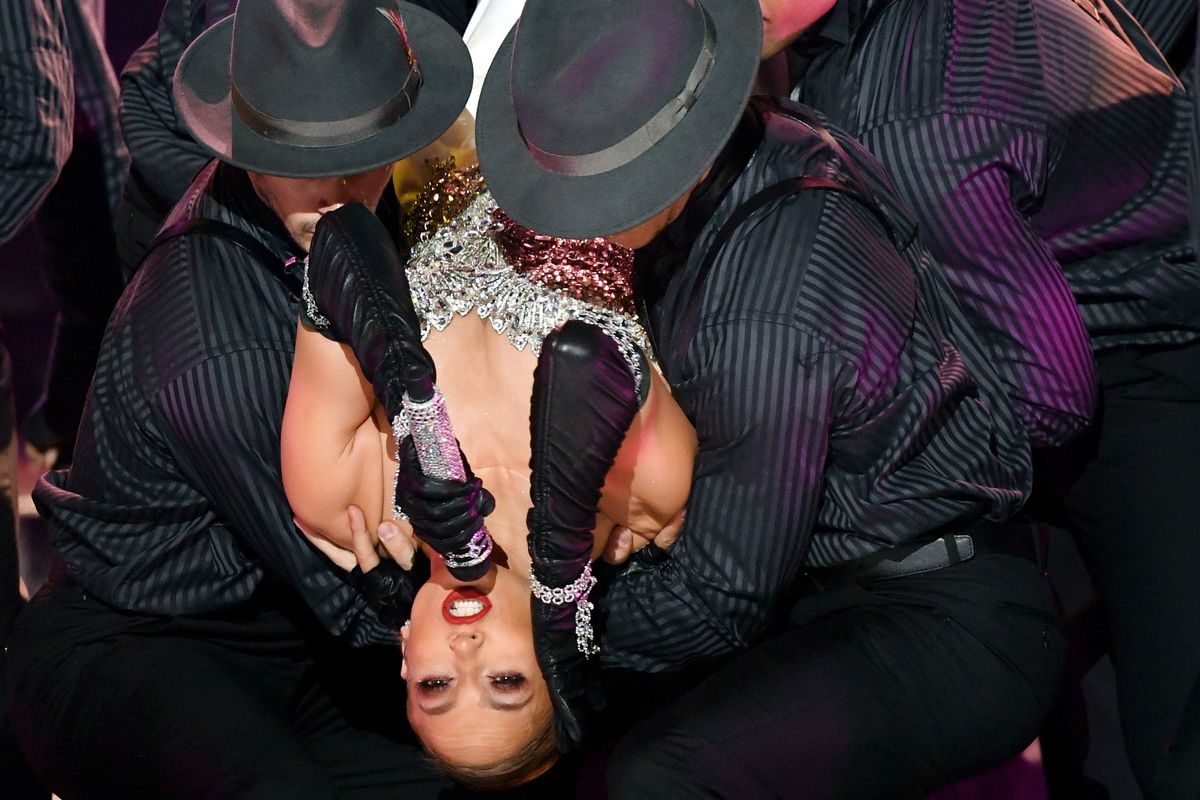 Here Are the Best Moments From the 2018 Billboard Music Awards

Ah, Billboard's music awards — the industry's one ceremony during which artists are celebrated not for a track's quality but its popularity. Needless to say the BBMAs often honor the A-ist of music's A-listers or breakout one-hit wonders, but all those pop stars in one arena means the event is always bound to be a memorable evening. In case you missed it, here is the best, wildest and weirdest of the evening.

Who knew what we've been missing from J.Lo all this time was a three-piece suit and a Madonna-meets-Janet-Jackson homage? Not me, not I. As for our forever favorite DJ Khaled, well, his role as a hype man was a little underwhelming (he could have stood up, at least).

Kelly Clarkson covers everyone and they love it

Khalid's reaction to hearing Clarkson's rendition of "Young, Dumb & Broke" is all of us when the DJ plays those first few bars of "Piece of Me."

From her medley performance to her rousing acceptance speech equality-advocating as the first ever black female to receive Billboard's "Icon" award, it was truly Janet Jackson's night. Also thank you, my queen, for giving us this quote: "It's a moment when, at long last, women have made it clear that we will no longer be controlled, manipulated or abused. I stand with those women and with those men equally outraged who support us in heart and mind."

And here's Taylor's response to "Look What You Made Me Do." Look what you made her do Kelly!

The young superstars brought the Majory Stoneman Douglas Show Choir to the stage, reminding the audience that even in this moment of celebration we must remember the victims of the horrifying recent acts of gun violence.

Tyra Banks, the true queen when it comes to meme-able reactions, spoke for us all when powerhouse duo Christina Aguilera and Demi Lovato rounded off their performance of the former's track, "Fall In Line." "That was pooowerful," Banks could be read saying as the camera flicked to her. Like sands through the hourglass, may we all endeavor to become more and more like Tyra in each day of our lives.

Come back to me Salt-N-Pepa

There is nothing quite like a shameless embrace of nostalgia, and Billboard did it right by recruiting rap icons Salt-N-Pepa and DJ Spinderella to give us a little "Push It," "Shoop," and "Let's Talk About Sex," not to mention En Vogue was there to perform "Whatta Man" and Kelly Clarkson also came through. We love you, Salt-N-Pepa, thank you and goodnight.