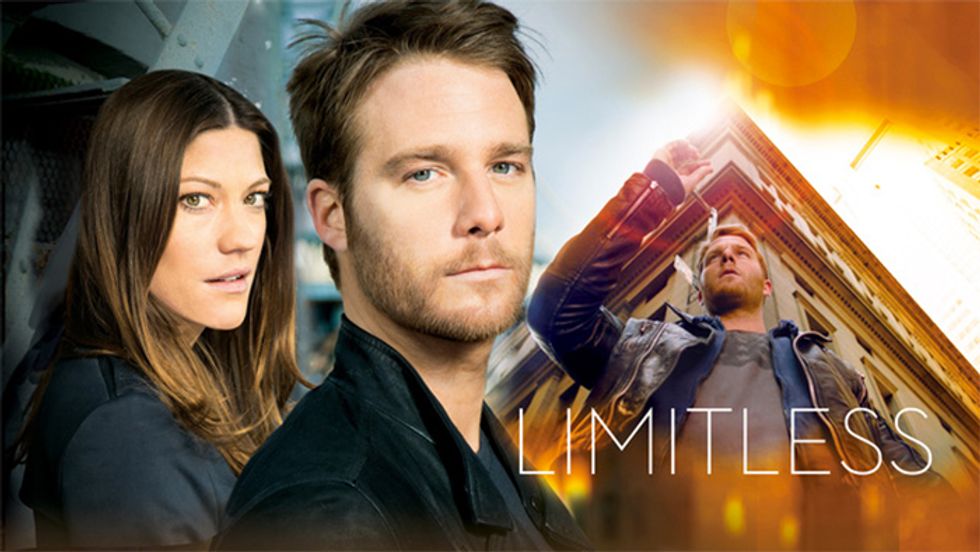 Battle of the Networks: Who Has the Best Fall TV?

by Eric Thurm
PAPERMAG
Now that the spectacle of the Emmys is over, TV is... over? Not quite -- the fall TV is in the process of starting in earnest, with all of your faves returning, and every network under the sun (and a few that only exist in the cloud) trying to get you to watch their new programming, holding on to the scraps left in the industry.
If you don't own a TV (as, increasingly, many #youths do not), think of networks and streaming services as, basically, sports teams -- and your allegiances tending to lie with the team that produces the shows you like the most (depending on whether or not someone will let you steal their HBO Go password). Going into the season, here's a power ranking of where the networks stand (leaving out streaming services for now, because "Netflix and chill" is too strong to go up against any of these normal networks):

Courtesy HBO
9. HBO
We're surprised, too! But the only thing HBO has coming up in the next couple of months (before it moves to squash all criticism in January) is a new season of The Leftovers, a show that -- for all that it inspired divisive reactions, and even a fair amount of devotion -- ended its first season with the TV equivalent of someone distracting you with a shiny object and then repeatedly punching you in the genitals, stealing your money, and spitting on your face. (It was bad.) For all that The Leftovers' pilot ruled (and rule it did) and occasionally did achieve moments of real beauty, maybe stay away from HBO for a few months?

Scott Garfield / AMC
8. AMC
Well... The Walking Dead is coming back pretty soon. Lots of people like that show, right? Zombies and misery are... cool? Wake us up when it's time for the new seasons of Better Call Saul and Halt and Catch Fire. (Dear AMC: Please renew Halt and Catch Fire.)

7. Showtime
It's tough to compare the cable networks to the broadcast networks (even though they increasingly receive comparable shares of total viewership), but Showtime is probably in the least interesting position of all of these providers (sans AMC) -- mostly because its primary programming strategy is to greenlight shows and then have them run for years and years without changing much at all. Masters of Sex's deeply disappointing third season is about to come to a close, to be replaced by the fifth year of Homeland -- a show some people still watch, maybe? -- and The Affair, a show some people watch but maybe should not. Showtime has some cool stuff in development (especially an adaptation of excellent comic book Sex Criminals). But that's still a ways off.
Courtesy NBC
6. NBC
The broadcast networks are the primary ones unveiling new shows over the next few weeks, so they should default be in the top few spots. But NBC's slate of pilots, which rests on the back of ridiculous-looking tattoo drama Blindspot, sets it back behind one of the bigger cable networks. It has a minor hit in The Blacklist (to which Blindspot is strongly indebted), and new show The Player looks like it could be fun -- Wesley Snipes, on our TVs! -- but for the most part, the Peacock is reliant on, like, The Voice to avoid being in total dire straits.

Courtesy FX
5. FX
The second seasons of You're the Worst and Married continue to chug along, even while The Bastard Executioner, Kurt Sutter's hilariously-named follow-up to Sons of Anarchy, appears to have flopped critically and premiered to decent-at-best numbers. The second season of Fargo has the potential to cement the Coen-inflected series as a new staple for a network that could be in a vulnerable position without mean of its old favorites. And that's before the premiere of the Lady Gaga-starring American Horror Story: Hotel.

Courtesy CBS
4. CBS
CBS has many of the biggest shows on the air (including the entire CSI franchise and The Big Bang Theory), and will continue to do so for some time. The new Limitless show, based on the Bradley Cooper movie, is a thing that exists for some reason. A couple of other new shows look decent (especially Life in Pieces, which has a more experimental structure than you might expect for a network family drama) and now CBS has its very own superhero show in Ally McBeal-meets-capes series Supergirl. No reason to sell CBS stock (metaphorically speaking, of course), no reason to buy more of it than you already had. Stay steady, guys.

The Catch cast, courtesy ABC
3. ABC
This one depends mostly on how much you like Shonda Rhimes (we like Shonda Rhimes) and how much you like the adult version of The Muppets, which is ABC's biggest new show. (The premiere did pretty well, so maybe you liked it!) There are a couple of bombs in its new shows (Ken Jeong vehicle Dr. Ken and oil soap/Empire ripoff Blood and Oil), but for the most part, if you like what ABC has been throwing out so far, you'll like what it has on now.

Courtesy FOX
2. FOX
Empire comes back tonight, and it's by far the biggest new hit any broadcast network has -- its finale was bigger than Shondaland, bigger even than the season premiere of The Big Bang Theory, which is still, somehow, still one of the most popular shows on TV. But there's still the creeping (if remote) possibility that Empire might stumble a bit in its second season, and putting so much of its weight on a single show might not be the best strategy. While Fox has a few options to keep you around (New Girl is bringing on Megan Fox, if you're into that sort of thing), most of its new offerings -- like the garbage Minority Report series -- are mostly depressing, with the possible exceptions of Scream Queens and Rob Lowe-Fred Savage (?) lawyer bro comedy The Grinder.

1. The CW
You might be surprised to see The CW at the top spot, in which case you haven't been paying attention. The fifth network has spent years building a roster of legitimately excellent, teen-pitched entertainment that includes some of the most thoughtful shows on TV (like The 100, the true heir to Battlestar Galactica) and the ones with the most devoted fanbases (Supernatural, which will basically run until the sun has burnt out and humanity scrambles to survive amidst the oncoming night). And that's before mentioning its DC superhero empire, which includes Arrow, The Flash, and soon (next year) time-travel anthology show Legends of Tomorrow. Add in Jane the Virgin, one of the most exciting shows of last season, and you've got a juggernaut that will keep powering ahead while the other networks are in tatters.
You May Also Like
Famous People