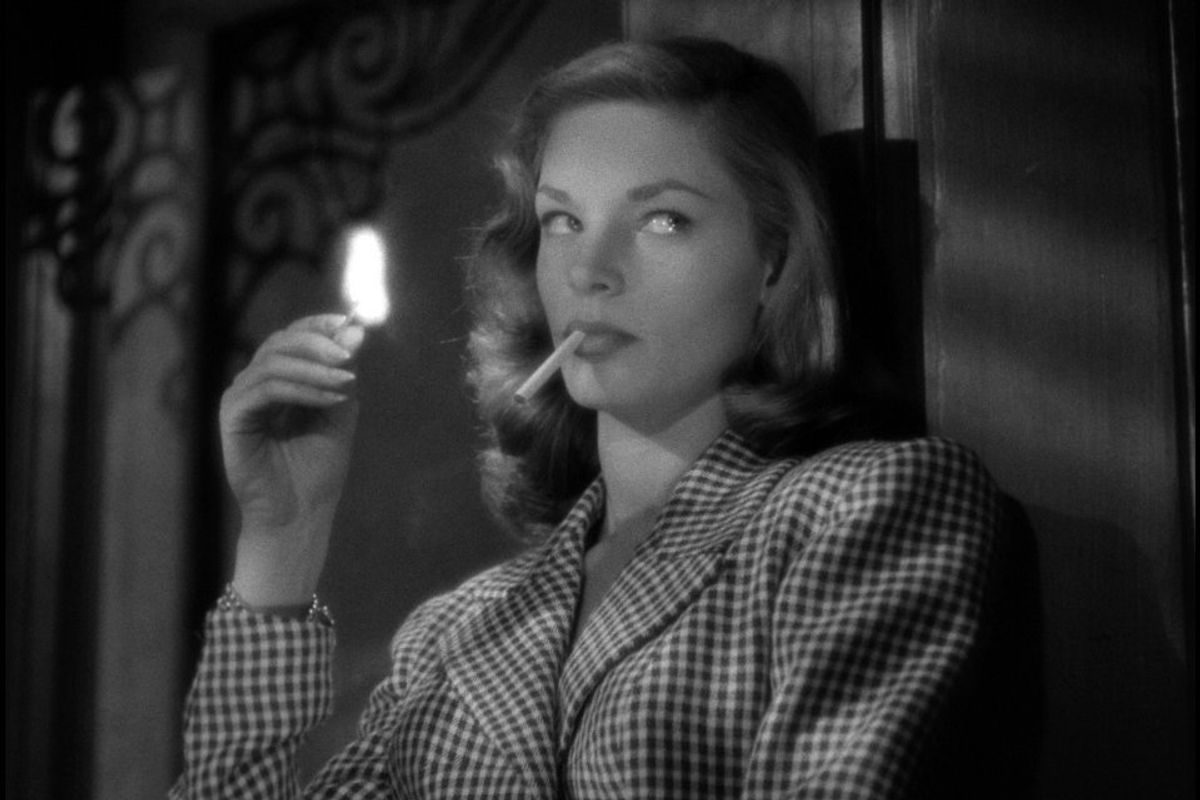 From Golden Age classics to gore fests, here are the must-own Blu-Rays this month.

To Have And Have Not (Warner Archives)

"You know how to whistle, don't you?" says a sultry, beautiful, Lauren Bacall to Humphrey Bogart, who plays a skipper for hire who begrudgingly joins the French resistance, in this sublime, rousing 1944 adventure yarn directed by the great Howard Hawks. Based on an Ernest Hemingway novel with a screenplay worked on by William Faulkner, this movie, and particularly Howard Hawks' direction, made the young Lauren Bacall a star. And the chemistry between her and Bogart is all too real -- they were married shortly afterwards.

The ultimate 2 disc Blu-ray of both versions of this notorious staple of 42nd Street grindhouses. Zombie Holocaust is the original Italian shocker about a mad scientist experimenting on natives and causing an army of walking dead. Aquarius Films acquired the movie and incorporated scenes from a student film by Roy Frumkes and the result was Dr. Butcher M.D. (Medical Deviate). The ad campaign screamed: "He is a depraved, sadistic rapist. A bloodthirsty homicidal killer...and he makes house calls!" With scores of extras, both versions restored and uncut, this is a most own for gore hounds!

Joseph Losey (The Servant) made this 1966 female James Bond spoof starring the alluring Monica Vitti as the super agent Modesty coaxed out of retirement by the British government to protect a shipment of diamonds from a wily super villain (a bleach blonde, hilariously droll Dirk Bogarde). She enlists sexy lothario and safecracker Willie Garven (Terence Stamp) to help her. Filled with wild pop wardrobe and swinging '60s set design this is a weird hybrid but great fun.

Shelley Winters has a field day as a crackpot wealthy dowager who invites orphaned children to her house on holidays with the idea of replacing one for her dead daughter, whose moldy corpse lies in a crib in the attic. Directed with style and wit by Curtis Harrington, this 1972 film is a wonderfully warped Hansel & Gretel-like horror film, whose original title was The Gingerbread House.

A thrilling box set of 4 films about an imprisoned bad girl (played by the gorgeous Meiko Kaji/Lady Snowblood). In the first film she is a naïve woman wrongly imprisoned and as the movies progress she and other hard-ass prisoners escape only to have to wage war against a local gang. These '70s Japanese exploitation films were equivalent to Jack Hill's Filipino women's prison movies like The Big Doll House & The Big Bird Cage, and are all rude, crazy & fabulously entertaining.

This French version of the Florence Foster Jenkins story stars a luminous Catherine Frot as the wealthy patroness of the arts in 1920s Paris who throws soirees at her home where she sings opera. Unfortunately she is just Godawful, but no one has the heart to burst her bubble. Directed with verve by Xavier Giannoli it's a wickedly fun (and surprisingly poignant) treat from start to finish.

Mystery fans can rejoice -- more from MHz, which releases great rare International TV series, this one based on the Swedish mystery author's terrific books. It's about a writer of mysteries Erica Falck, married to a handsome police officer, who, in researching her books, uncovers new and unsolved crimes. Suspenseful, twisty and smartly told. (P.S. these are only available on DVD but I love them so much I had to include them -- be sure to check out other titles from MHz- they are all sensational).

Philip Kaufman's excellent 1978 remake of Don Siegel's original film about spores from space that drift down, inhabit people's bodies and cause the newly infected to conspire to overtake the world. Set in San Francisco, Donald Sutherland and the wonderful Brooke Adams are on the run from these unemotional aliens. While the original film reflected the McCarthy Era this is dotted with all sorts of '70s tropes, like New Age gurus etc. But it makes for one hell of a thriller. This special edition is overloaded with extras and looks spectacular.

Wild In The Streets (Olive Films)

A young rock star (Christopher Jones) becomes President of the United States and decrees all people over 30 be put in concentration camps and force fed LSD -- including his own mother (Shelley Winters). This witty, wildly enjoyable 1968 film also stars Richard Pryor and Diane Varsi and gets frightening better with age.