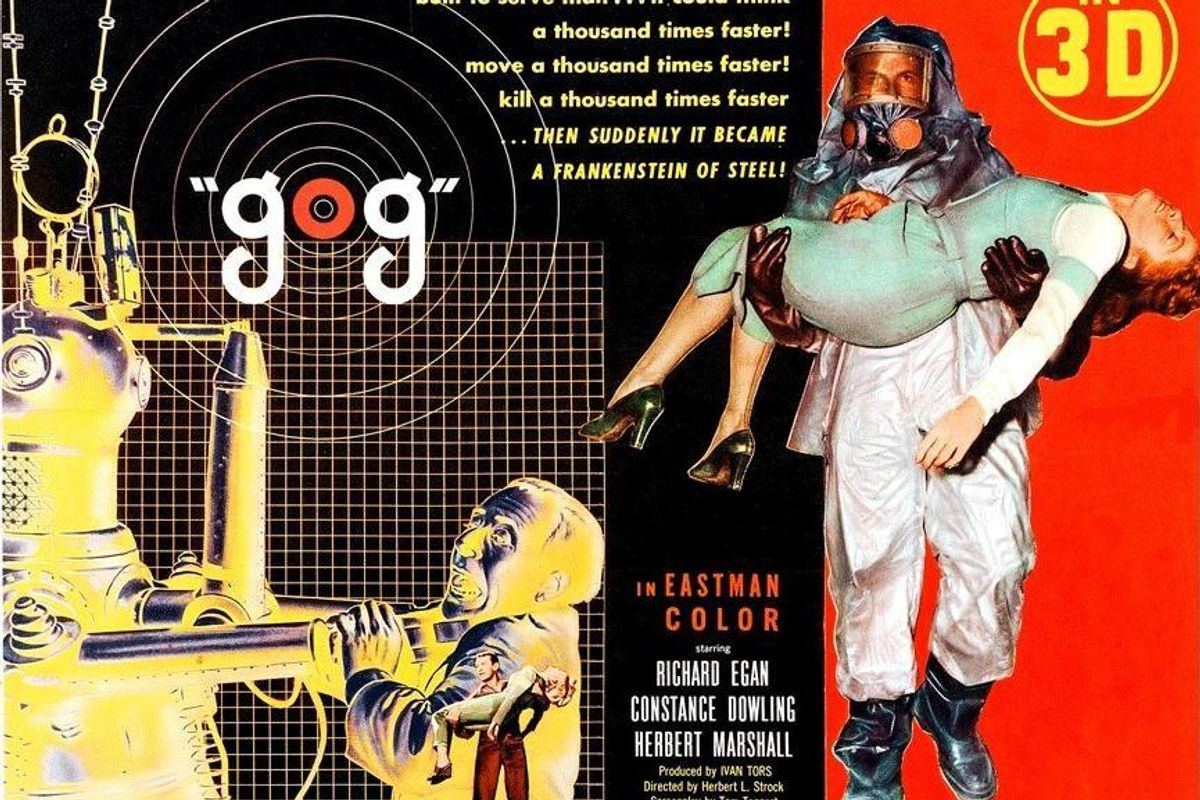 Just when you think that Blu-rays and DVDs are passe these boutique companies have been startling fans by unearthing rancid rarities and presenting them digitally restored- some with the original director's cut. And this month here are 10 to fry your brain:

Totally twisted 1974 Danish exploitation film about a perverted dwarf, Olaf, who lives with his scar-faced, former dancehall mom. Together they kidnap and drug girls, chain them in the attic and prostitute them. Not much is known about this depraved film's origins but Torben Bille who plays the lead was once a kiddie show host! You can also send away for a plushy dolly of Olaf that is exquisitely hideous.

In Roger Corman's 1967 film Peter Fonda stars as a TV-commercial director who decides to experiment with LSD. Bruce Dern plays his "guide" for this journey of self-discovery. But when Fonda starts tripping his brains out he runs from the house and goes into nightclubs and a Laundromat where he grooves out on the dryer. The studio ended with a freeze frame of Fonda behind cracked glass like his mind was broken by the experience which was not what Corman intended. This gorgeous looking DVD is the first time we've seen the originally intended ending.

Grindhouse has been on a roll lately, releasing two rare (insane) Duke Mitchell films-- Massacre Mafia Style and Gone With The Pope. Not to mention the fabulously sick Cannibal Ferrox. But this Blu-ray may be their masterpiece. A 3 disc deluxe edition of this 1982 sleaze classic directed by Juan Piquer Simon about college kids getting attacked by a killer wielding a chainsaw who is taking body parts to create his own demented human puzzle. Hilariously warped and the first 3000 units comes with an actual jigsaw puzzle!

This fun 1954 sci-fi movie is set at space research lab where commie spies have taken over the computers and set two robots -- Gog and Magog -- into killer mode. With butch actor Richard Egan this includes the 3D version (for those with that system) and, trust me, it looks staggering. Lovingly restored by the 3-D Archive. Thank Gog!

Sadly little known 2000 horror movie by Geoffrey Wright (released/dumped on DVD) about a town besieged by a madman who is killing teen virgins. So the students decide to throw a wild sex party to remove their name from the endangered list. It's a "Hyman Holocaust" one of the kids exclaims. With wonderfully kooky performances by Brittany Murphy, Michael Biehn and Jay Mohr it's witty, wild and fiendishly fun.

A Lizard In A Woman's Skin (Mondo Macabro)

The late Nancy Reagan's early acting ability is on display (for better or worse) in this smart adaption of Curt Siodmak's novel about a scientist (Lew Ayres) who preserves the living brain of a ruthless tycoon only to have the brain telepathically possess him. This well made 1953 film directed by Felix Feist also stars Nancy (Davis) Reagan as the scientist's devoted fiancé and the Blu-ray makes the black and white photography shimmer.

Academy Award-winning actor Ray Milland directs and stars in this surprisingly tense apocalyptic tale about a family confronted with a nuclear blast who head up into the mountains and encounter dangerous scavengers along the way. With teen idol Frankie Avalon as the son and Singing In The Rain's Jean Hagen as the mom this is disturbingly brutal for a 1962 drive-in movie. It looks just splendid on Blu-ray.

Enjoyable double-bill of terror treats. Murders In The Rue Morgue is a 1971 film starring Jason Robards set around a Grand Guignol theater in 19th-Century Paris where a masked lunatic (Herbert Lom) is hellbent on revenge. This muddled but bizarrely enjoyable tale is actually the director's unedited original cut of the film. The Dunwich Horror is a 1961 film directed with flair by Daniel Haller (the wildly talented art director) and is and based on a H. P. Lovecraft story. Starring a quirky Dean Stockwell as a descendant of the feared Whateley family who steals the evil Necronomicon book in order to summon demonic creatures into this world from another dimension. Former teen star Sandra Dee stars as the pretty gal he lures to his satanic home.

Three warped movies rescued from obscurity and lovingly restored. Malatesta's Carnival Of Blood (1973), thought to have been lost, is a weird movie set in a creepy fairground where a family hunts for their missing daughter. Starring Fantasy Island's Herve Villechaize. The Witch Who Came From The Sea (1976) is a movie I've been raving about forever. Millie Perkins (The Diary Of Anne Frank) stars as a disturbed waitress who lures musclemen to her bedroom and castrates them with a straight razor. (Yes that is the plot!). The Premonition (1976) was shot in Mississippi and is about a woman who has psychic premonitions that her five-year-old foster girl is about to be kidnapped by her unstable mother, and guess what? It happens. Stephen Thrower, the author of the excellent Nightmare USA, wittily introduces each film and there are scores of extras.