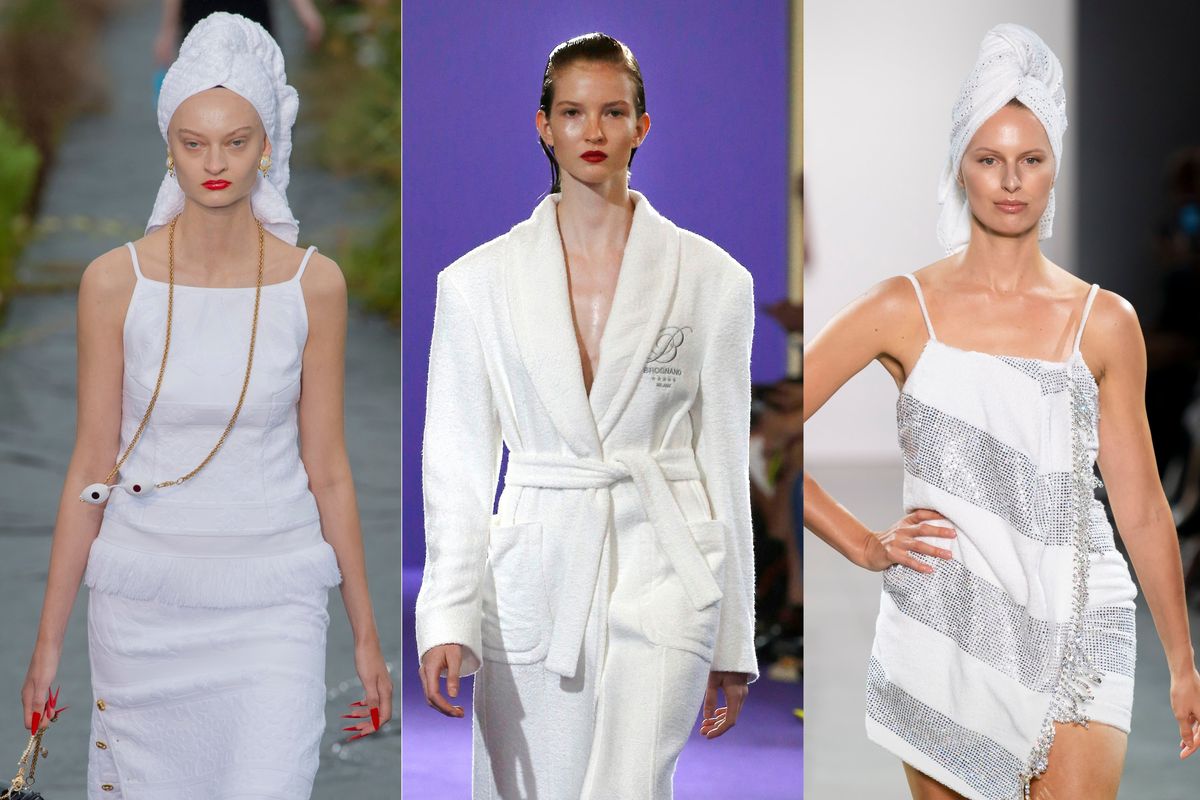 Towel Dressing Has Struck Once Again

Remember when Rita Ora trolled the MTV VMA's two years ago by showing up in a bathrobe and matching towel on her head? That epic red carpet look followed a wave of celebrities with their own interpretations of terry cloth couture, including Rihanna and South Korean rapper CL. While we thought this trend died down in 2017, it appears that designers are intent on bringing it back for 2020.

Things kicked off during the menswear calendar this summer. At Ludovic de Saint Sernin's Paris show, one of the looks on the runway instantly went viral: a chiseled model wearing nothing but a beige towel that hung loosely on the hips. Dolce & Gabbana also incorporated bathrobes and printed beach towels for its men's show.

Then for the women's schedule, the trend continued during NYFW when Christian Cowan sent out his first look: model Karolina Kurkova in a bedazzled towel dress and matching headpiece. Things followed suit at LFW, when London-based Ukranian designer Natasha Zinko proposed a black evening towel dress paired with a garter and stockings. Turns out you can take towel dressing from day to night after all.

But perhaps no other fashion capital was so committed to the towel trend this season at Milan. Prada, Peter Pilotto, and Brognano all incorporate these looks on the runway. Prada's version was a white towel miniskirt with the model's initials monogrammed on the front. Peter Pilotto used their mastery of prints and colors for their takes on towel dressing, while Nicola Brognano went full on bathrobe chic for his show.

And finally, Marine Serre gave us apocalyptic terrycloth chic at her Paris runway show complete with frayed hems and tonal textures. It was the culmination to a season that finally embraced the towel dressing look, and it's only a matter of time before risk-taking celebrities try on the "just got off the shower" trend.