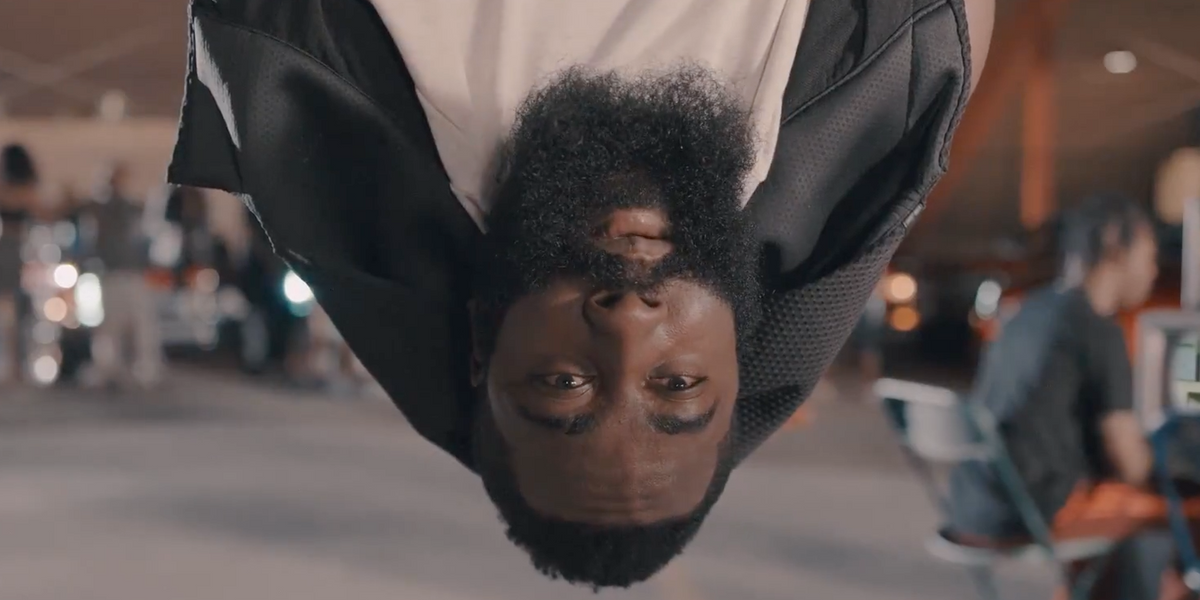 After dropping videos for Birds in the Trap Sing McKnight singles "Goosebumps," "Pick up the Phone," and "Biebs in the Trap," Travis Scott is back with the visual accompaniment for the album's latest single, "Way Back." For the most part, the video is par-for-the-course for Travis — which is to say that there is no easily discernible storyline and a sea of extras.

But the addition of one special extra makes "Way Back" a video to write home about. Up until the song starts to play at the 3:00 minute mark, the video is almost completely dedicated to NBA player James Harden, who shows up initially on television screens as the subject of various news reports and gossip tips, and then again in person to play basketball against himself on the court. Yes, you read that correctly: "Way Back" features James Harden playing basketball against himself.

But Harden's most entertaining cameo comes after the song starts, when he can be found hanging upside down in what appears to be a very unorganized school gymnasium. As he looks into the camera, somehow suspended in air, the baller starts lip syncing to the Travis Scott lyrics. Brilliant. Elsewhere in the video, Travis Scott solemnly rides around, outstretched in the backseat of a vintage convertible wearing a Slayer shirt while a young boy no older than 12 operates the vehicle — you know, just business as usual.

Get to hooping with the Houston Rockets shooting guard in the video below.