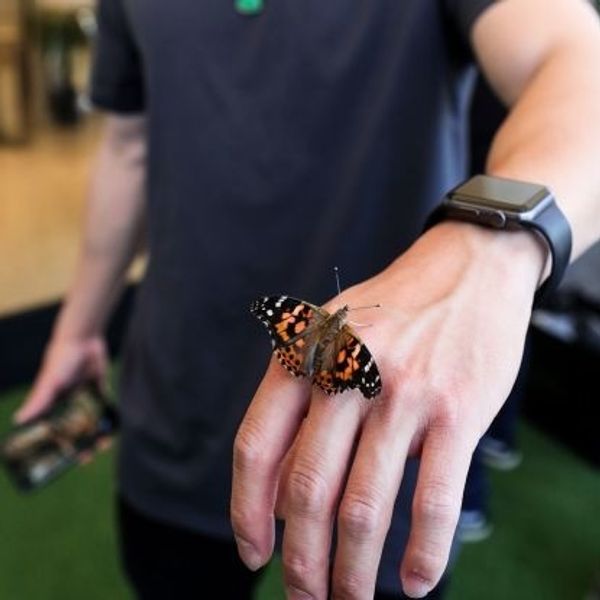 Butterflies have shared a long history with fashion, Celebrated for their elegant shape and delicate structure they have long been a muse for designers and artists alike.

Barney's took their inspiration quite literally in their new line of jewelry and accessories by bringing live butterflies to their Los Angeles pop-up. Customers and employees were encouraged to interact and play with the monarch butterflies as they flitted around display cases in the Beverly Hills store.

Predictably, the organization for the People's Ethical Treatment of Animals, PETA, was incensed and sent a letter to Barneys' CEO Daniella Vitale criticizing the stunt citing "many dead and dying butterflies languishing around the display area, behind plants and in plant beds." Barneys responded by announcing that they would be banning the use of live butterflies from any future promotions and making a donation to PETA as an apology.

The whole fiasco brings flashbacks to Asia O'Hara's failed lipsync on the season finale of RuPaul's Drag Race earlier this year. O'Hara faced sharp criticism from fans and PETA, when butterflies hidden inside her outfit failed to take flight during her performance of Janet Jackson's "Nasty" but instead fell limply to the stage in a heartbreaking massacre. O'Hara later apologized on Instagram for the failed stunt and would be doing volunteer work with the ASPCA as atonement.

Hopefully, we've all learned a lesson here and will let butterflies just live their lives in peace.