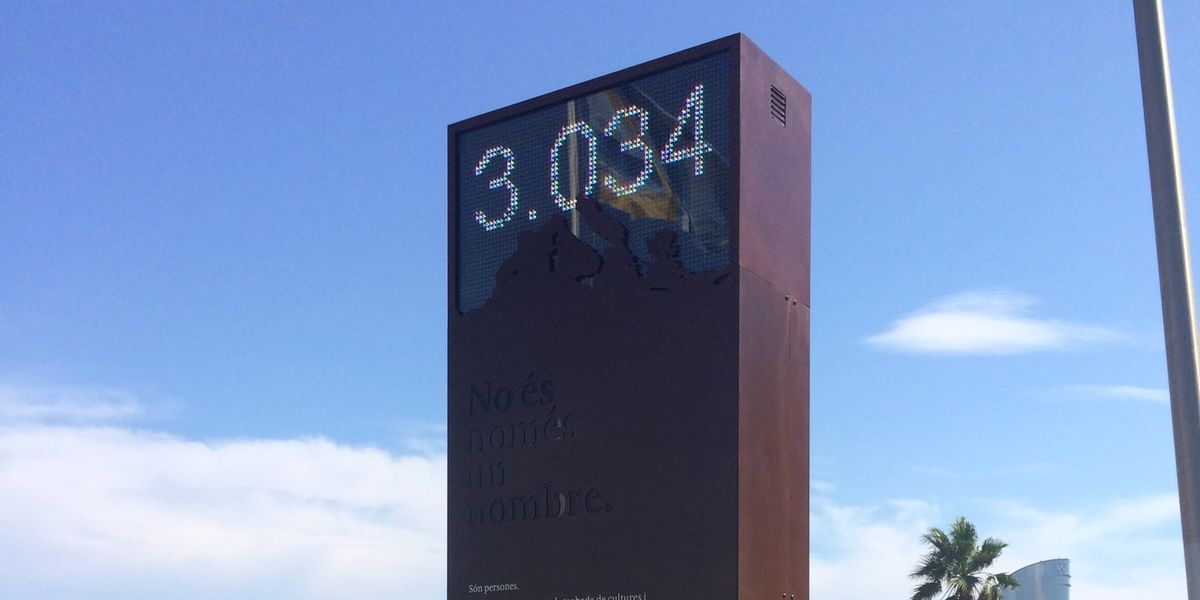 Barcelona has just unveiled a digital "shame counter" overlooking one of Barcelona's most popular beaches to track the number of refugees and migrants who have died crossing the Mediterranean to Europe. According to reports, the real-time number reflects numbers collected by the International Organization For Migration, and currently stands at 3120.

Plastered with the statement "This isn't just a number, these are people," the monument was erected by mayor Ada Colau and her party to serve as reminder that rejecting sanctions to resettle migrants is resulting in thousands of deaths. Unfortunately, even despite visible efforts like this, on Tuesday, the UN still opted to put off any major decisions on migrant resettlement for another year.

"We're here to look the Mediterranean in the face and look at this number," Colau said. "[These are] people who drowned because they were not offered a safe passage."