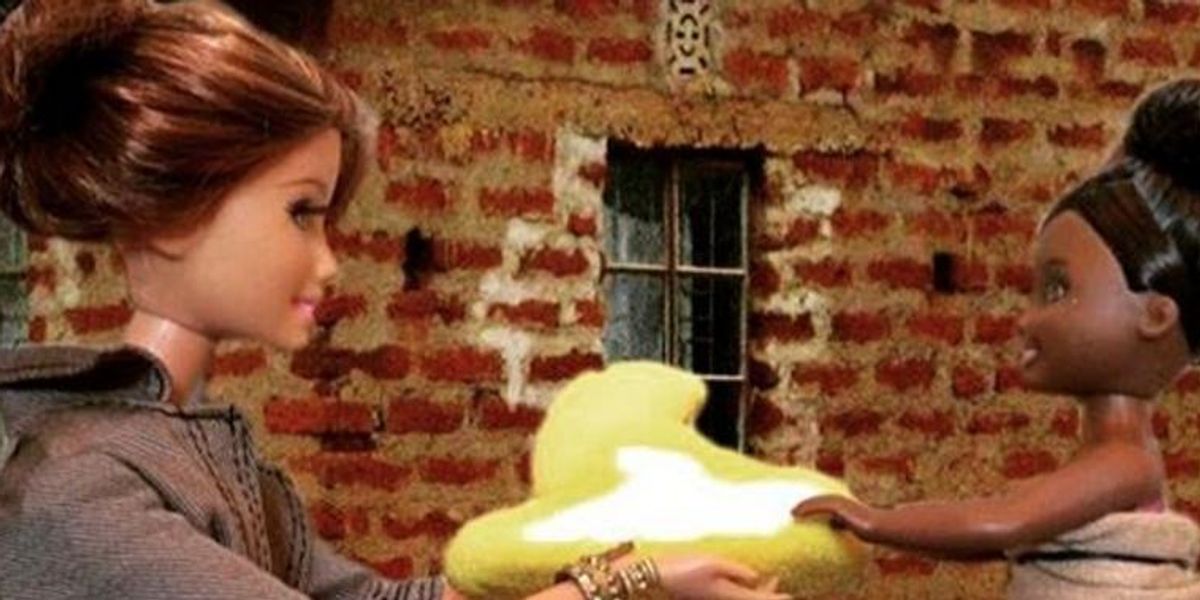 We all have that one insufferable Facebook friend/Tinder match who won't shut up about how they went to "the third world" to make PB&Js for malnourished kids. You know, those people that make a really big point of posting a ton of photos of them playing soccer and group-hugging and digging holes as if to say "Damn, I'm such a dope person"? It's these people who are commonly referred to as humanitarians with " white savior complex" -- or the sentimental Westerners who travel abroad for a few weeks to "fix" the problems of developing nations. Or as Teju Cole once eloquently put it:

5- The White Savior Industrial Complex is not about justice. It is about having a big emotional experience that validates privilege.
— Teju Cole (@tejucole) March 8, 2012

However, a new parody Instagram called Barbie Savior is taking this concept to task by posing Barbie and Ken in a series of stereotypical humanitourist scenarios alongside cornball captions that quote John Legend's "All Of Me" and incorporate the ever important "#sacrifice" tag.

Excuse us while we die a little inside from the all too apt "It's not about me...but it kind of is" bio. Check out a few of the best ones below and remember to #follow for more #Africa.