Bar of the Week: The Imperial 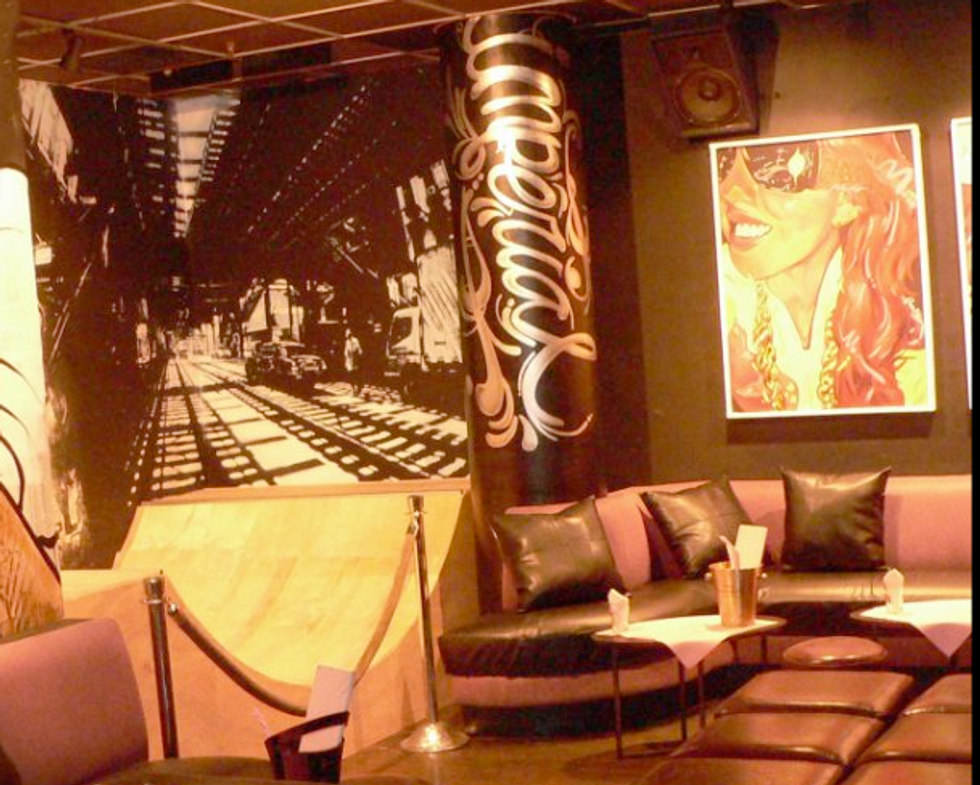 With its Corinthinian columns wrapped in Day-Glo graffiti, generous servings of neon lighting, and a questionable design motif involving mannequins, the new Flatiron club The Imperial conjures the enjoyable early '90s garishness of the Club MTV set. Makes sense: the space is owned by Paul Coleman Drohan and Cornelis Craan who have worked for '80s and '90s club staples the Palladium, Danceteria and The Roxy. The club's retro theme extends to its Friday party, "Friday Night Special," which has included performances by hip-hop icons Mele Mel and most recently Slick Rick, and draws a mass of hipstery types in pristine Nike hightop Forces. And its doubling as a gallery space, according to the Imperials' website, aiming to re-create the "Warhol-Basquiat club days where art was the true celebrity attracting an eclectic crowd while keeping things interesting." This is an admirable goal, and the club's current exhibit features work from guerilla art collective Destroy and Rebuild, and Boston-based street artist Alphabet Soup, among others. In another setting, without the flat screen TVs, a projected waterfall, and a roped off bottle service area with a skateboard ramp in it, these pieces might draw the attention the club intended. Instead, they come off looking like Ed Hardy shirt designs. Drinks include bottled beer, wine, a signature Imperial Martini made with Grand Marnier and cranberry ($22) and, of course, a bottle service menu, that the owners claim breaks the "oppressive" yoke of bottle service menus, but nonetheless offers $40 40 ounces of Olde English and Colt 45. May whoever orders one be attacked by a mannequin.