Bar of the Week: Sweet Afton 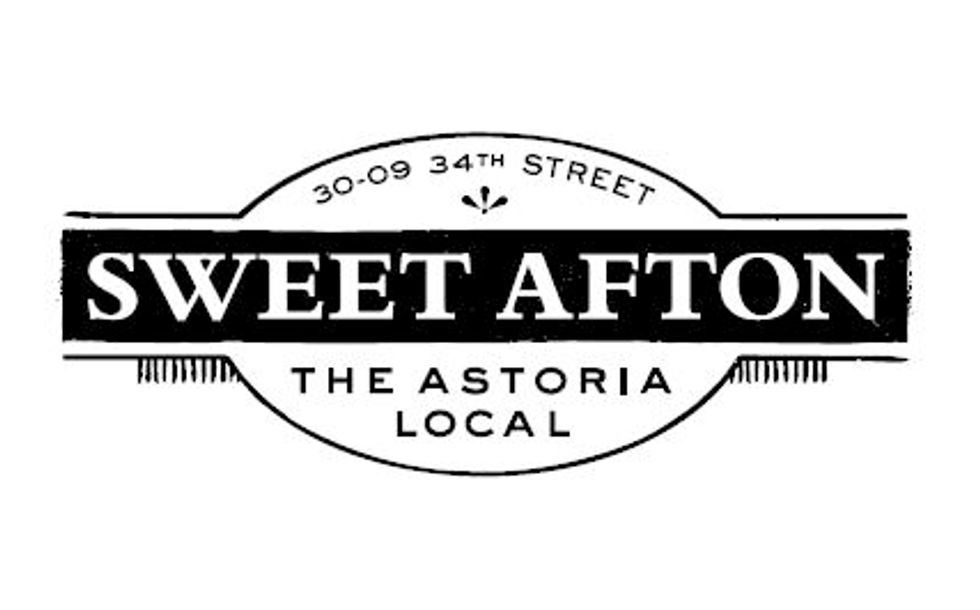 Some people have all the serendipity. The very day Ruairi Curtin knew his bar Wilfie & Nell was a done deal, he stumbled upon a vacant halal meats joint that is now Astoria's Sweet Afton. The third in Curtin's and his co-owners' (Mark Gibson, David Mohally and Michael Krawiec) Irish-accented bars (Bua rounds out the trio), Sweet Afton is named after the lyrical poem by Robert Burns and housed in what was originally a smoke shop at the turn of the century. Remembering that Burns had also lent his moniker to a tobacco company back in the day (check out the ebayed cigar box behind the bar), they took it as a sign. But superstitious or not, Astoria residents are feeling pretty lucky. The cozily rustic, yet chic pub has a lovely mix of exposed brick, antique light fixtures, and globally reclaimed wood (olive barrels from CA, shipping barges from Southeast Asia), beautifully stained and featured in the communal tables and the beams above. Locavores will eat up the menu crafted by P.J. Calapa of Nobu 57, which boasts a Pat La Frieda burger (think Shake Shack; $8) and pillowy fried McClure's pickles ($4), while mixology fans will not be disappointed by the spicy cherry margarita ($9) with housemade preserves and habanero-infused tequila. In addition to the ten beers on tap, there's a rotating beer of the month -- currently the cleverly named Carrollgaarden from Kelso -- and soon, a freshly hand-pumped cask selection, once they temperature just right. And to top it all off -- yes, it gets better -- there's even a backyard. The owners still a have few kinks they want to work out (more greenery for that backyard for one), but once the halal meats sign comes down (stand outside the bar and look up), you'll know that Sweet Afton has officially arrived.