Bar of the Week: Monkey Bar 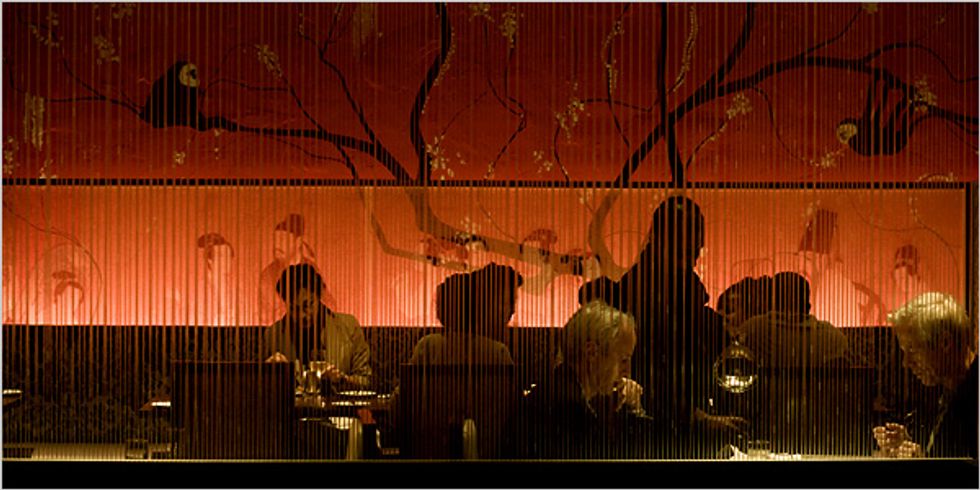 A New York institution since 1936, this venerable drinkery located in the Hotel Elysee was once the epitome of all things suave, playing host to such notables as Joe DiMaggio, Tennessee Williams and Marlon Brando. Of course, that was during the barâs prewar heyday, and like many of the cityâs prewar institutions -- Vanity Fair, the subway, Ed Koch -- its luster began to fade over time. The barâs most recent face-lift has revitalized the menu, emphasizing Asian-fusion fare while retaining the spaceâs signature monkey murals and convivial, if also confusing, atmosphere. On a recent blustery evening, the bar was filled with men who wore pinstriped suits and pinkie rings, alternately reminiscent of Major League Baseballâs front-office employees or friends of Tony Soprano. The women, mainly in their late 30s and early 40s, displayed plenty of cleavage, brash laughter and blond hair. If the company left something to be desired, so did the waitstaff -- Slavic-looking cuties with bare midriffs who asked for our order with such frequency it was as though they didnât believe we actually wanted scotch ($12) and a Cherry Blossom Sake Sangria ($10). We did, though, and both drinks were excellent. Itâs difficult to screw up Macallan 12, and the sangria was delicate. The Yukon Gold potato knish with crÃ¨me fraiche and American paddlefish caviar ($9) made for an interesting bar snack, but couldnât compete with the free bowl of spiced nann mix for saltiness. Downtowners who aspire to become Midtown tourists would do better elsewhere, unless theyâre looking to bag a man with cash. 60 E. 54th St., (212) 838-2600

Photo from The New York Times.