Bar of the Week: Against the Grain 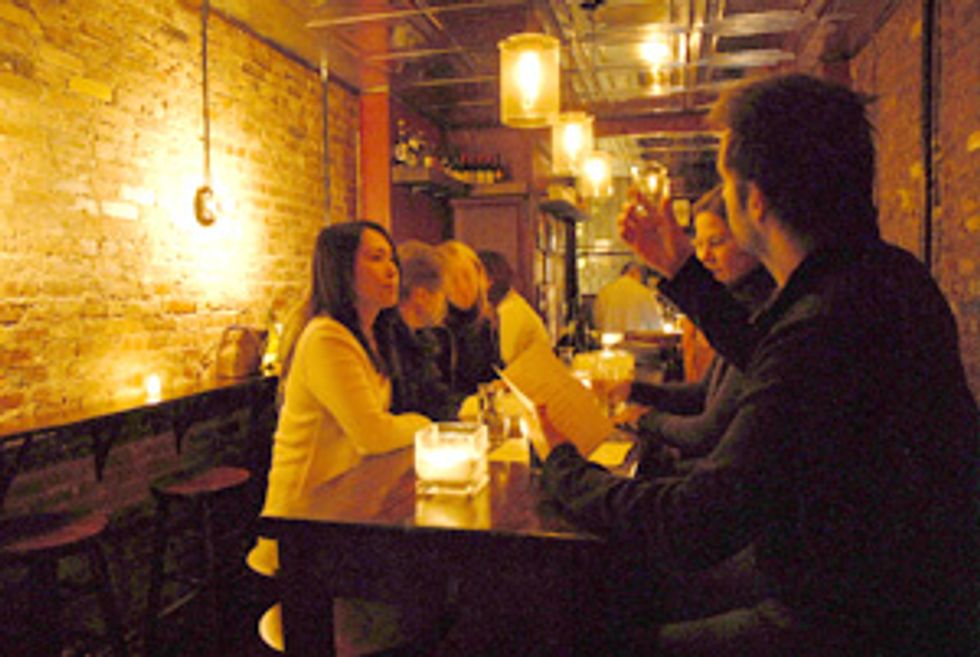 Given the many low-grade frat-friendly bars and restaurants popping up in the East Village (High Chai, anyone?), perhaps the highest compliment Against the Grain could have received from our friend was that it felt "very un-East Village-y." A teeny-tiny hole-in-the-wall offshoot of its neighbor/wine-bar Grape and Grain, Against the Grain would probably feel more at home off a side street in Park Slope -- but luckily for East Village residents, it's located on a side street off Avenue B. Against the Grain is a beer bar, but there will be no raucous table-pounding or lederhosen-clad waitresses at this establishment -- here, beer is treated with the same respect as, well, wine. Exposed brick, a charming tin ceiling and about 20 seats lend the place a cozy, classy vibe. The McSweeney's-esque menu -- which tells of each brew's place of origin; divides the beers into light, white, pale, amber, dark and darker; and gives each an icon to designate whether it comes in draught, can, big can, bottle or big bottle -- is a user-friendly treat for beer amateurs and connoisseurs alike. The beers are from such disparate locales as Japan, Belgium and Nantucket. Our favorite (and the house special), Bear Republic Racer 5 ($7), is a wheaty, delicious, pale draught from Healdsburg, California. The bar food is rather beer-heavy, from Guinness and oysters ($10) and beer-steamed cockles ($14) to beer sausages ($12). For those who prefer to drink their beer rather than eat it, a beet salad with goat cheese and pumpkin seeds ($8) was just right. The Manhattanization of Brooklyn is kind of scary, but the Brooklynization of Manhattan? We can hang with that. 620 E. 6th St., (212) 358-7065.

Photo from The L Magazine.