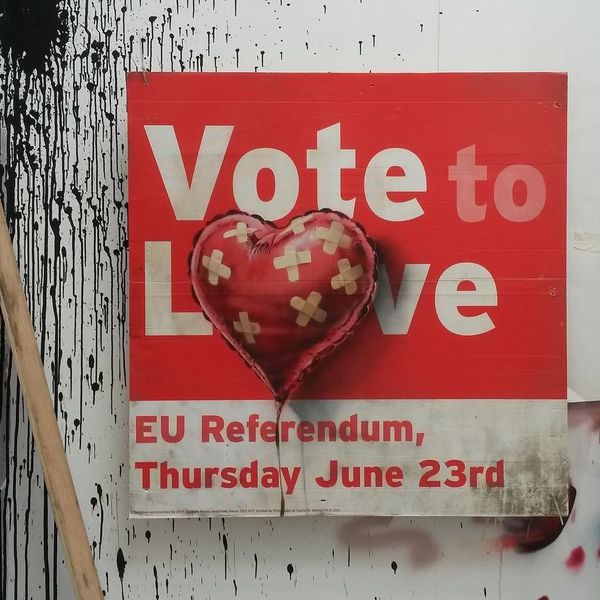 In typical cheeky Banksy style, the legendary street artist recently submit a piece to the Royal Academy's summer exhibition under the pseudonym Bryan S Gaakman that was rejected. Once he revealed his identity, the piece was accepted into the show and is now priced at £350 million in the exhibition materials.

Writing on Instagram, Banksy explained what happened when he tried to submit something as an unknown artist: "I entered an early version of this into the RA summer exhibition under the pseudonym Bryan S Gaakman — an anagram of 'banksy anagram'. It was refused. Then a month later I got a mail from the coordinator Grayson Perry asking me to submit something so I sent it again. It's now hanging in gallery 3."

Banksy on Instagram: “. I entered an early version of this into the RA summer exhibition under the pseudonym Bryan S Gaakman - an anagram of 'banksy anagram'. It…”

The summer exhibition, co-created by contemporary artist Grayson Perry, is known as the world's largest show open to public submissions. Fitting in with this year's theme of "democratic rough and tumble," Banksy's piece remixed the 'Vote to Leave' poster for the June 2016 European Union referendum, with a heart balloon covering the letters so that it reads 'Vote to Love.' After his piece was initially rejected, the exhibition reached out to Banksy for a submission, and the original piece was accepted.

In a statement to the New York Times, however, the Academy says the piece "currently in the summer exhibition is different than the original version submitted."

The £350 million pricing is likely a reference to the Vote Leave campaign's retracted claim that £350 million would go to the National Health Service if the UK left the EU.

The story is less a gotcha moment for the Academy and more of a reminder that when it comes to commodified art, context is still key.