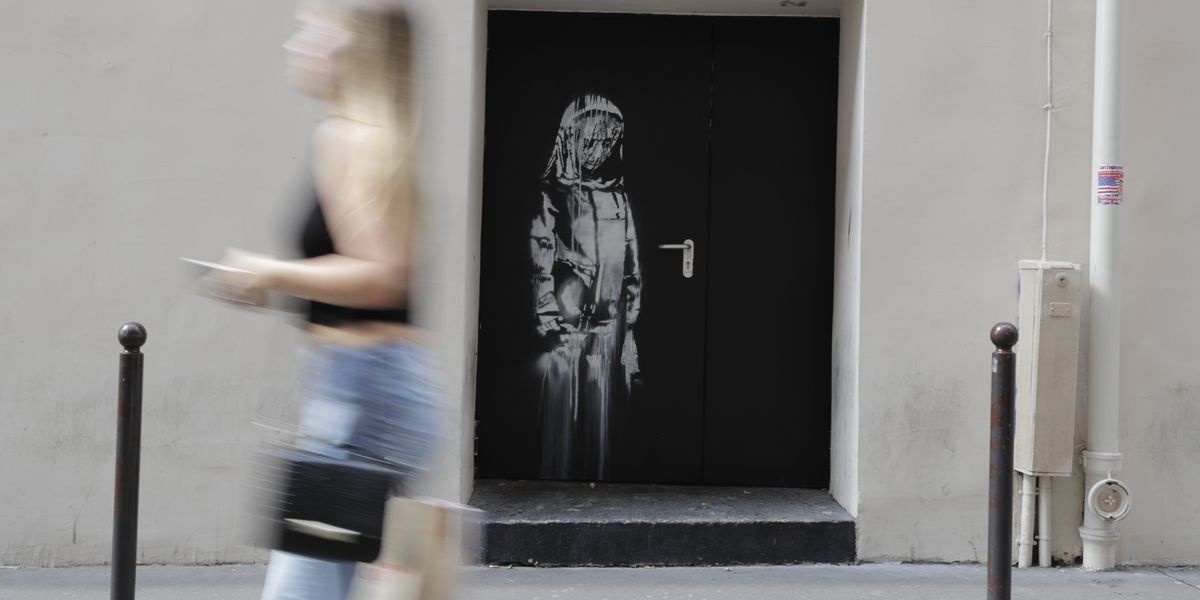 Where Did This Banksy-Tagged Door Go?

A fire door from Le Bataclan theater in Paris disappeared on Saturday, and along with it Banksy's mural of a mourning woman. According to authorities, it was stolen on Friday night.

ABC News reports that the theater's alarm went off at 4:25 am on Saturday morning, and the thieves were seen leaving in a van. Paris police saw the CCTV footage at Bataclan, but it has not been released to the public. They are continuing further investigation into the matter.

On Saturday, Bataclan's official Twitter account released a statement. "It's a deep sadness that moves us today," the tweet read. "Banksy's work, a symbol of remembrance and belonging to everyone — locals, Parisians, citizens of the world — was taken from us."

Many believe that the graffiti artist painted the mural on the door back in 2015 to honor the 90 people who died in the concert hall on November 13, 2015. This was one of a series of "targeted attacks by men claiming allegiance to ISIS that claimed [a total of] 130 lives."

The Bataclan mural is only one of the works of art in Paris believed to be painted by the famously anonymous British artist. Banksy is known for making bold political statements, like his piece critiquing French immigration policy which popped up all over the city. In October last year, one of his paintings, which was auctioned off to the tune of $1.4 million, self-destructed and shredded itself.

Although his work has been targeted by thieves because of their value, this history of clever tricks begs the question: Could Banksy himself have stolen the door?