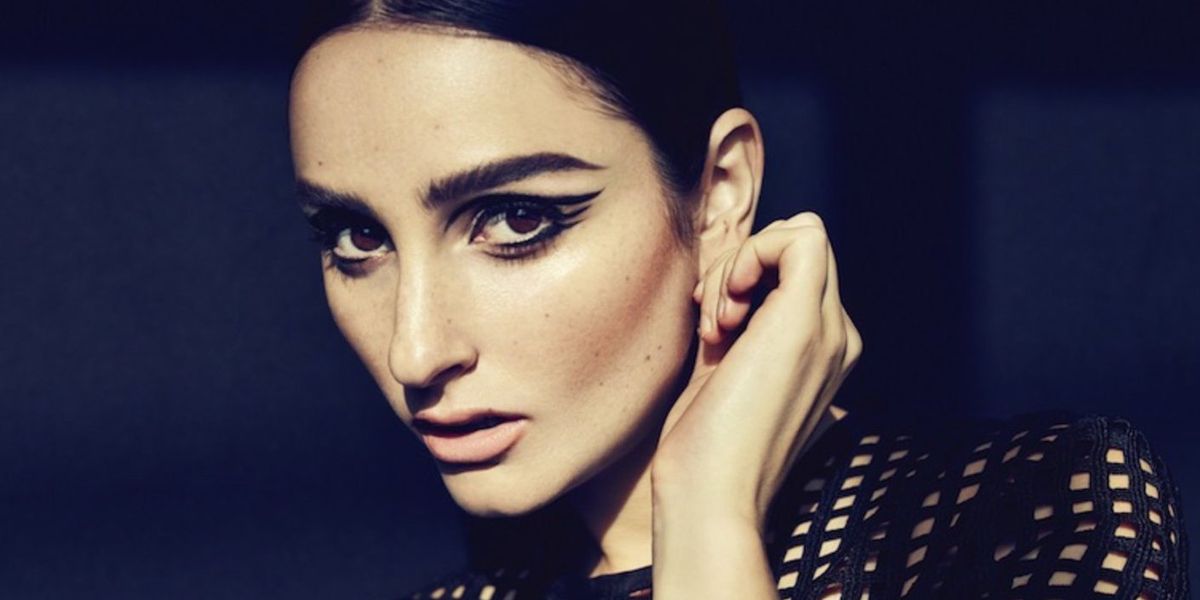 "I'm my own genre," R&B singer BANKS says atop The Whitney. "Every artist is their own genre." It's a bold statement coming from the 28-year-old singer who is about to release her sophomore album, The Altar. The follow-up to 2014's Goddess is one that shows tremendous growth for the artist who first started making music in her college dorm room. On The Altar, BANKS fearlessly opens up about all of the versions of herself that she is, both good and bad. We talked to her about following up on her debut, regret and letting her spirit fly free.

How did you approach this record differently than your debut?

I didn't really approach it differently. I'm just different. I've gone through new experiences, obstacles and relationships. I've grown up, mentally. I think you develop as you grow and as you grow you develop. I think it all comes with growth.

Can you explain the video for "Fuck With Myself?"

"Fuck With Myself" was originally written because I needed it. I needed an empowering moment. I was feeling nervous about the pressures of the second album. I wanted to prove that it doesn't matter what anyone else thinks, what matters is what I think. I wanted to visually express all of the ways of what fucking with yourself means. At times I've been my own bully, my own nurturer, my own best friend, my own worst enemy. There are so many different ways you talk to yourself and view yourself. I've gone through all of the ways. I wanted to show that visually and physically. Why not make a prosthetic version of myself? Bully it by hitting it, stroking it, and licking it for all of the sides of your relationship with yourself.

What songs do you think fans will see a "new you" on?

I don't have a particular song -- I hope all of them. I don't think I'm the same in any one song I've done. That's for you to write down and for me to just make. My songs are who I am. It's almost like describing yourself and the differences in you. It's a bit more confrontational, authoritative and confrontational. I'm just opening up more.

You opened up so much on your first record. How far could you go?

It's not that I'm opening up more. I feel more confident. People evolve and you can show yourself 100 percent here and 100 percent there and you'll feel different.

Is there a theme that resonates throughout the record?

I'm the theme. It's for other people to hear, but I think the last two years has been me coming into my own power. That's the theme.

Is there anything you ever regret putting out into your songs?

No, not at all. My music is the place I'm the most open.

Tell me about "Gemini Feed." What was it like making that song?

It's pretty self-explanatory, but initially I wrote it about a relationship and everything that goes along with that. The visual is coming out soon. I explored different ways to incorporate the lyrics in different perspective.

What's the hardest lesson you've learned about relationships and how has it translated into your music?

I haven't learned anything, and I've learned everything. I put everything into my music -- feeling lovesick and feeling heartbroken and jealous.

Were there any influences that came into play for this record?

I'm influenced by the people I work with like DJ Doggy, SOHN, Tim Anderson and John Hill. I worked with some really cool and inspiring people. I don't know what influences me. I think influence gives off the feeling that you change how you feel based on someone else's ideas. I'm inspired by people and I create with people. Sometimes I don't know how I feel about that word. I'm inspired by people. You can be open in your art and in real life you don't have to share everything. That's how I am.

I don't know if compromised is the right word. Definitely people know more about you. It's fine. I'm learning how much I like to share and how much I don't. I definitely hold my personal life sacred, but at the same time I want to feel connected to the people who connect to my music. It's all about learning those boundaries. It's a process.

Since you started making music in college, what have you learned the most about yourself?

You're asking me some big questions. I don't know if I can pinpoint one most important thing, but I've learned my own strengths. Sometimes I feel like I'm weaker than I am and sometimes I have moments where I feel like I'm fearless. In those moments, when you're fearless, it's eye-opening because you're doing things you didn't think you could.

How do you remind yourself to be fearless?