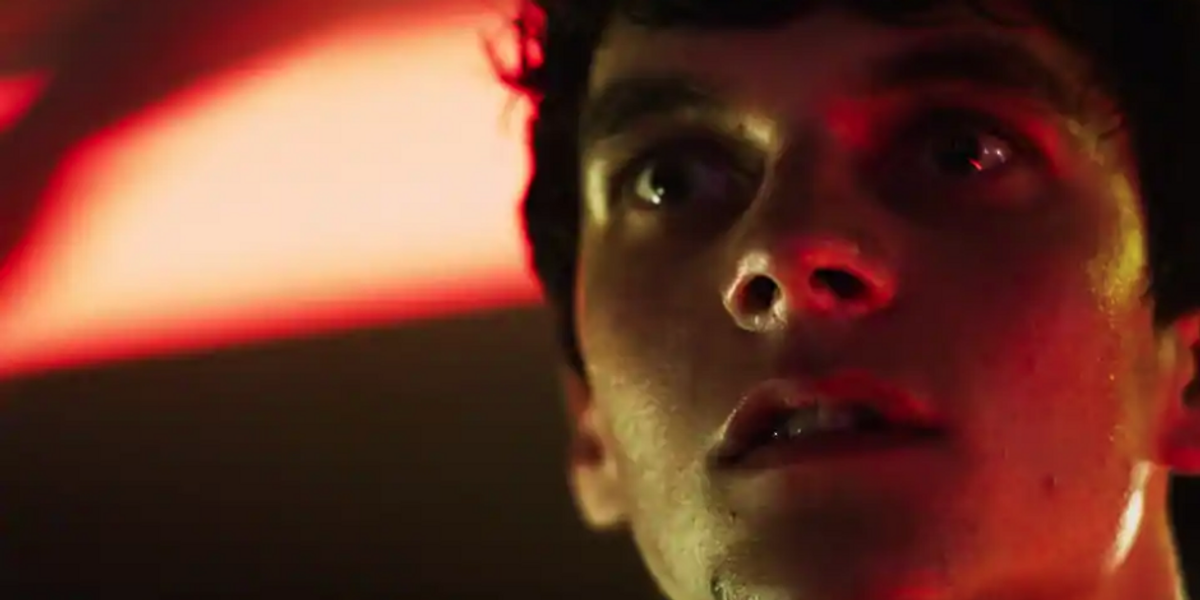 The Violent Implications of Choose-Your-Own-Adventure Shows

The Internet has been abuzz since the release of Bandersnatch, the first film release in the wildly popular, futuristic sci-fi TV series Black Mirror. The first of its kind for Netflix, Bandersnatch features an interactive experience which finds itself situated somewhere between a choose-your-own-adventure story and a less inspired attempt at cult-classic Donnie Darko. What this film remains, however, is the perfect publicity stunt: marketed as an event in entertainment innovation with the backing of its series namesake and a slew of social media excitement, Netflix finds itself perched high in the headlines.

Within this excitement and lost in the praise is the actual plot of the film, which takes place in 1984 and follows young game developer Stefan as he tries to turn choose-your-own-adventure book Bandersnatch into an eponymous game. From this springs a cheeky, often gimmicky unfurling of a mediocre and "self-aware" film including a series of murders, deaths, potential suicides and hacking of bodies, mostly chosen at the discretion of the viewer. The high-quality production and worldwide Netflix platform is quite too shiny to call Bandersnatch an experimental project, yet the flat plot itself feels recycled, like something you'd expect from the work of a film student still trying to find their inspiration.

Despite the shallow gimmick of the film's interactive style, Bandersnatch raises for me a number of pressing social and political questions. Important in analyzing any film is paying close attention to the way violence is framed — the way the director and writers choose to deliver, handle, contextualize, and rationalize violence within the short universes they create. Given the interactive ability thrust onto viewers during Bandersnatch, the gaze of violence in this film becomes a crucial moment in defining, or — anticipating the potential popularity of this new interactive film style — redefining the ways in which violence is manifest bidirectionally in film and how that reverberates throughout society.

Of the choices the viewers are given, many are seemingly throwaway — which cereal Stefan eats for breakfast, which song should play, and so forth — while other more important choices propel the plot forward, with an indefinite impact. These more important choices, just from observation alone, virtually always end with violence or harm in some sense.

My Black, Muslim, queer self shuddered at the numerous outcomes for digital, racialized violence which could become the future of entertainment excitement.

In an early scene, a mentally ill and increasingly paranoid Stefan glares at his medication, small pills in a dark brown bottle, and the viewer has to decide if he flushes them or throws them away. In another scene, as Stefan and famed game developer Colin Ritman look over a high balcony after a night of (viewer chosen) drug use, we're forced to choose which one will jump to their death. We're also given access to make choices in each of Stefan's therapy sessions, playing on his paranoia, his past trauma, and his responses to the therapist asking questions about such things.

The most obvious problem may be that mental illness is thus used once again as a destructive or inescapably dark force to drive the film's plot. Moreover, it plays on the very real anxieties of those who go to therapy: that their words may not be kept confidential and other fears that may manifest in paranoia. These choices are a bit jarring to say the least, but they're just contours that frame the internal drive of the plot's violence. As the film continues and the choices viewers are afforded unfold, one begins to realize that the most crucial decisions, ones that are supposed to spark the viewer's adrenaline, are hinged upon enacting violence onto the characters. In some scenes, we're asked to choose between fighting the therapist, whether or not Stefan (we) should bury or chop up bodies, and whether to kill individuals (including Stefan's father).

These kind of actions are typical for sci-fi thriller films, but what isn't typical is the viewer eagerly deciding what is to be done — to get involved and to engage in the acts. This apprehension on the role of the viewer was central to much public debate in the late 90s and early 2000s, when sociologists, concerned parents and politicians argued over the influence of violent video games. First person shooter games like James Bond and Call of Duty have faced much scrutiny, as have the Grand Theft Auto games series, with some insisting that the gratuitous violence found within these games — guns, stabbings, theft, running people over with stolen cars, 'headshots' and the murdering of sex workers — causes impressionable players to become more violent in real life.

While many argue that violent video games desensitize people to violence and/or train folks to more easily pull the trigger in real life situations, the counter-argument has remained that the characters to which the violence is occurring are computer-generated animations, and thus can be deciphered from the reality of actual harm to real people. It's widely accepted that a game like Mortal Kombat, which as a child was my favorite in all its puddles of thick blood and fatal glory, won't cause young people to act more aggressively because it's understood to be in the world of fiction — a simple cartoon, even. But what now? In Bandersnatch, the characters are played by real people, and thus are perceived as real people who suffer as real people. Does this apparent separation of video game universe and reality remain in tact, or does it wane and weaken when placed in worlds such as Bandersnatch because viewers are now making choices for "real" individuals?

Related | 'Bandersnatch' and the Surveillance of Black Lives

Moreover, as I watched the film I found myself overjoyed that the cast is glaringly milky white. Do we want a world where white supremacists and "colorblind" white liberals alike can enact and explore violence on the bodies of colonized peoples? My Black, Muslim, queer self shuddered at the numerous outcomes for digital, racialized violence which could become the future of entertainment excitement, and how this digital violence could in turn embolden, elucidate, or agitate those impressionably inclined towards this violence.

And still after interacting with the film multiple times now, I'm left with more observations and questions than this essay inevitably gives me the space to explore. Did the film creators understand the racist connotations which could be present had the violent victims been people of color, and decide to have a mostly white (and male) cast because of this? And if so, if the answer to navigating the problem of racialized violence in this interactive style is exclusion, does that mean a new film genre has now been created in which exclusion of people of color and other marginalized people is the best option?

If video games like James Bond 007: GoldenEye and Call of Duty already function as a sort of imperialist playground, placing players in hyper-realistic war settings, praising headshots and high murders rates of victims from countries which just so happen to be enemies of the U.S. military-industrial-complex, then will this new "interactive" entertainment be the next frontier in being harnessed for war propaganda?

Finally, with subpar acting skills on display and a plot weakened by a litany of cliches, I have to wonder what is actually being sold with Bandersnatch. As I've argued before, under capitalism, violence itself can be commodified and sold, wherein the line between "entertainment" and the fetishizing of violence becomes utterly blurred. For Bandersnatch, it seems that interactive entertainment itself isn't the product we're being sold, but rather the opportunity to engage in and enact violence on such newly realistic terms. This is much more terrifying than any Netflix production with social media virality could ever be, and one can only hope that new public debates about the influences of entertainment are revived.