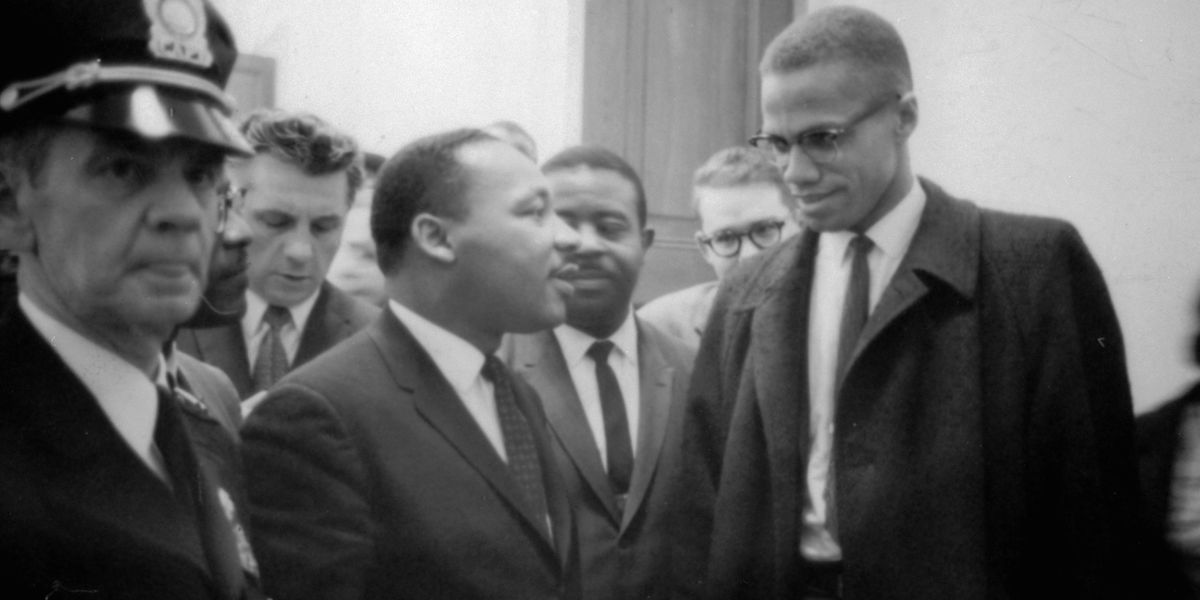 'Bandersnatch' and the Surveillance of Black Lives

Three days shy of the new year, Netflix released Black Mirror: Bandersnatch in the early hours of the morning. Despite the Internet's focus on the extra-long film's choose-your-own adventure technology, the model was actually not new for the streaming platform, which experimented with similar formatting back in 2017. But in Black Mirror, Netflix found their perfect host. Bandersnatch intends for viewers to ruminate on and consider the degree to which we truly practice free will, using tech as the vehicle for its heady, retrofuturistic message. However, for many Black people around the world, Bandersnatch is neither far-fetched nor of a distant world, but a current reality of our very own.

While Black Mirror typically imagines new future worlds just a bit removed from the present, Bandersnatch takes a step back to 1984 as it fellows Stefan, a young programmer adapting a fantasy novel into a video game. The novel originally belong to Stefan's deceased mother, whose death he feels partial responsibility for. At specific intervals, choices for Netflix viewers pop up at the bottom of the screen, giving the audience decision-making power over the characters. The choices start out dull and inconsequential, but viewers are soon given the opportunity to make critical decisions for Stefan through active participation. It becomes rapidly apparent that, as Stefan constructs a game with limited options, so, too, the viewers are trapped in their choices. We can try to avoid failure and violence, but Bandersnatch ultimately does not allow freedom from either.

"[Pac-man's] pursued by demons that are probably just in his own head...It's not a happy game," Stefan's jaded programming idol, Colin, says. The two are partaking in illegal substances together in Colin's apartment. "It's a fucking nightmare world. And the thing is? It's real and we live in it." He's right in more ways than one. Stefan develops paranoia about the fictional government Program And Control (PAC) program, which is eerily reminiscent of federal surveillance programs operating in America's past and future, from the FBI's Counter Intelligence Program (COINTELPro) in the 1950s-70s to Countering Violent Extremism, a program established under the Obama administration still operating today.

Technology is often imagined as not only faceless but indifferent — ambivalent in its logical decision making. But given that technology is designed, after all, by humans riddled with their own biases, that assessment doesn't hold. Technology does not exist in a neutral space, but can be used as a tool for domination, too. Recent examples illustrate as much. In February of 2018, the ACLU released documents which revealed the Boston Police Department's Regional Intelligence Center used a social media surveillance system, Geofeedia, for online surveillance in 2014, 2015, and 2016. Through Geofeedia, the BDP monitored hashtags like #BlackLivesMatter and words associated with political action (like 'protest').

The BDP also monitored the use of various, basic Arabic words and the hashtag #MuslimLivesMatter. These documents highlighted how police social media surveillance systems treat people as inherently suspicious based on race and religion. In the BDP's case, there is no indication that Geofeedia did anything more than target individuals based on their association with political activism. But, the surveillance of those involved in anti-racism efforts is far bigger than the city of Boston.

Black people have been monitored by agencies that restricted their movements for centuries. One stark and recent example is the entrapment program CVE. This federal program, started by the Obama administration in 2014, was portrayed as a community-led approach to addressing "radicalization" and targeted Muslim youth. CVE's model drew from programs like the National Security Exit-Entry Registration program and COINTELPro, incorporating both surveillance and government plants within communities. CVE piloted in Los Angeles, Boston, and Minneapolis; in Boston and Minneapolis, it specifically targeted Somali Muslim youth. The program constructed limited options for those it targeted, often using their own plants to lead people down specific paths, in a perverse choose-your-own adventure model, where the illusion of choice was maintained by government agencies.

Following in the steps of past surveillance models, FBI revealed their tracking of "Black Identity Extremists" in 2017, who the organization views as the United States' new terrorist threat. In 2018, Rakim Balogun was arrested after agents investigating "domestic terrorism" who monitored him for years, arrested him in part because of his Facebook posts. Meanwhile, white nationalist groups have flourished as the government largely failed to monitor them at all. The lack of surveillance around white nationalist groups reveals how these programs are often not about security, but rather become alternative methods of reinforcing domination.

Where Bandersnatch fails is in its assumption that all of its viewers are used to unlimited choice. It is ironic, perhaps, that Bandersnatch is set in 1984 England, where the Black Power Desk remained active until only a few years prior. Established in 1967, this unit was assigned to squash Black activism, and eventually "became a part of Special Demonstration Squad, which spied on, infiltrated and disrupted various social justice movements, including Black civil rights groups, well into the 1990s," The Guardian concluded in 2014.

"Everything can be taken from a man," Viktor Frankel wrote in his psychological memoir Man's Search for Meaning, "but one thing: the last of the human freedoms — to choose one's attitude in any given set of circumstances, to choose one's own way."

Bandersnatch strives to toy with that removal, but the alarm comes with knowing it has already happened before. In part, Bandersnatch reveals the trend of creating white dystopias from Black realities. Surveillance brings with it a constant state of paranoia. For those experiencing constant oppression, it can quickly become the norm.

"People get used to anything. The less you think about your oppression, the more your tolerance for it grows. After awhile, people just think oppression is the normal state of things," Assata Shakur once wrote, "But to become free, you have to be acutely aware of being a slave." It is this necessary process of becoming aware that creates Bandersnatch's true horror.