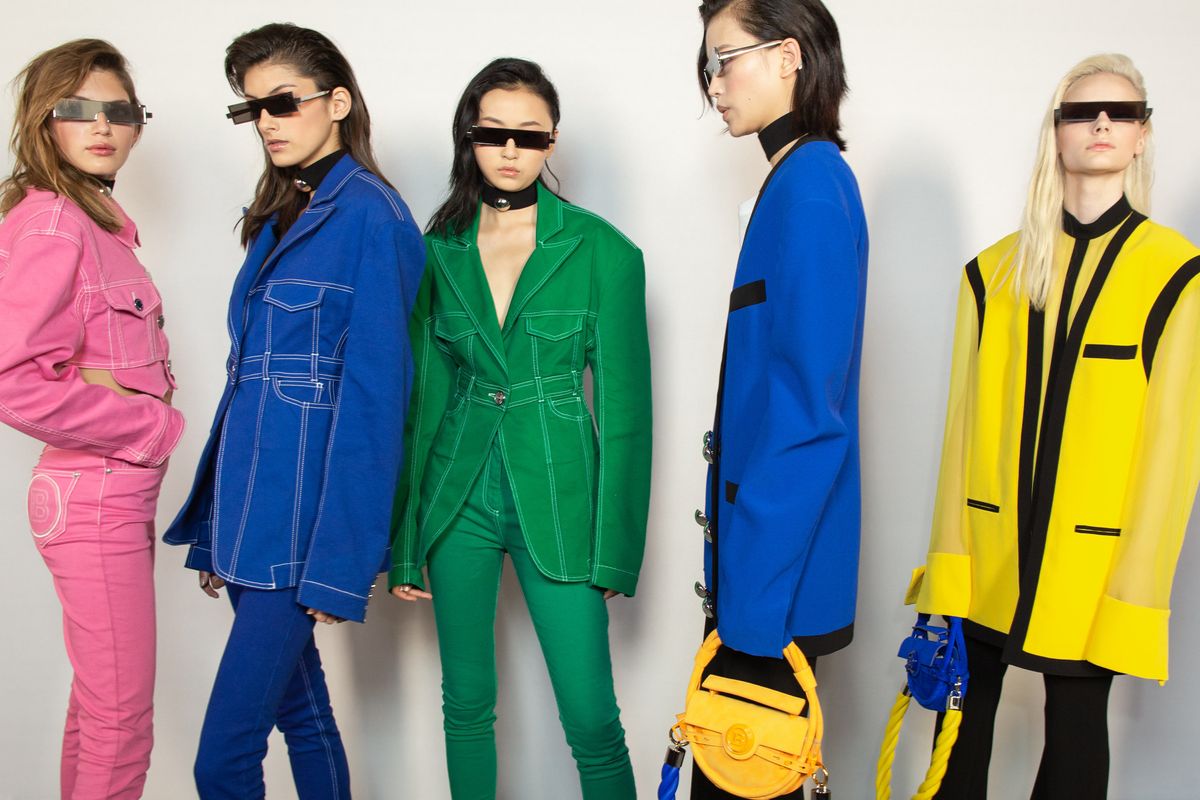 Balmain Showed 100+ Looks in a Rainbow of Colors

A throwback playlist made up the soundtrack of Balmain's Spring 2020 show in Paris, with songs from Lindsay Lohan, Backstreet Boys, and Christina Aguilera filling the space. Olivier Rousteing, the brand's creative director, was feeling a late '90s/early aughts mood this season, and that translated not only to the soundtrack but the clothes as well, albeit not in the literal sense. Rather, it was his teenage years growing up in France that manifested itself in the playful shapes, abstract patterns and bright colors on the runway. There was no sense of restraint, with over 100 looks sent out and a bevy of ideas Rousteing wanted to explore. Here's everything you need to know about the collection.

The collection began with a series of black and white looks in graphic Beetlejuice stripes and graphic shapes.

Cocktail dresses, accessories and daytime separates were designed with crystal materials that shimmered and glistened on the runway.

Long, romantic dresses in marigold, orange and blush were both romantic and perfectly suitable for a big red carpet event.

Bold primary colors were mixed and matched with other bright shades for an eye-catching color block display.

Graphic shapes and lines were another common element, adding an artistic flair to sequined minidresses and long nude-effect frocks.