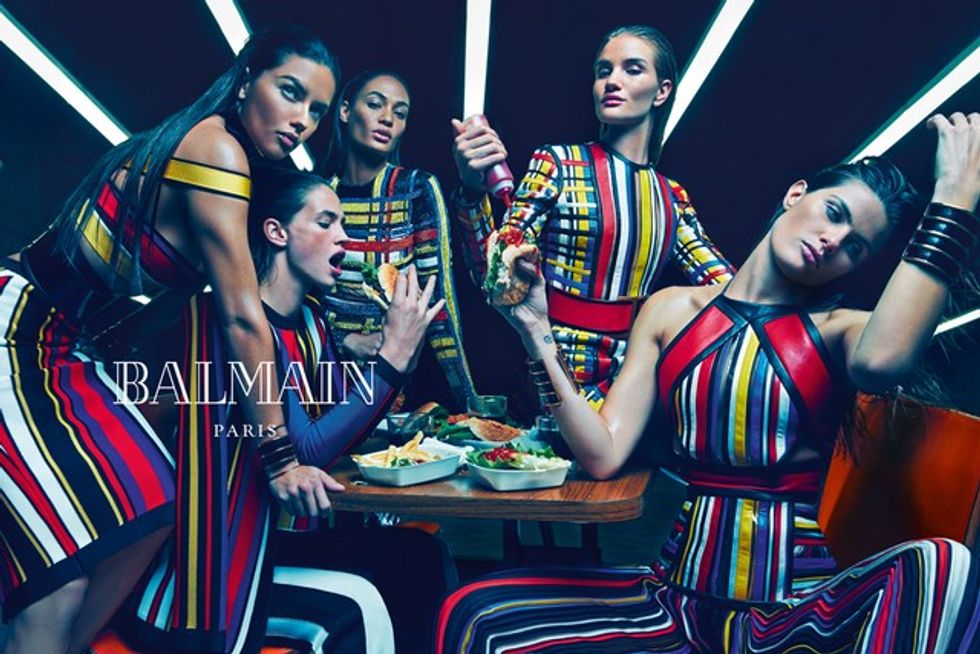 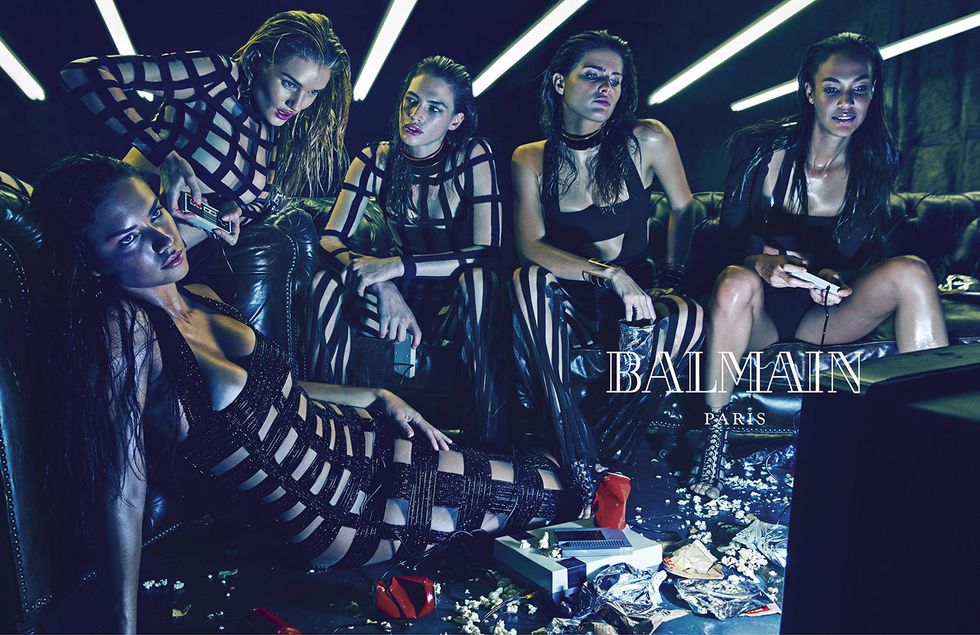 In a press release, Olivier Rousteing explained that "the incredible power that all those strong women bring in front of the camera, put into real life situations, helped me explore and create a new reality that represents the pop aspect of my generation." The 25-year-old head designer is building a "Balmain Army" and clearly, he's been keeping up with the snackwave and slobcore tags on Tumblr to get modern women -- the woman who tries to not try at all -- on board. This makes sense, knowing that the fashion house enlisted Rihanna, the queen of IDGAF chic, as their former campaign star.

And ultimately, as Roustening told WWD, "You can't eat caviar everyday" while burgers, we like to think, are forever.