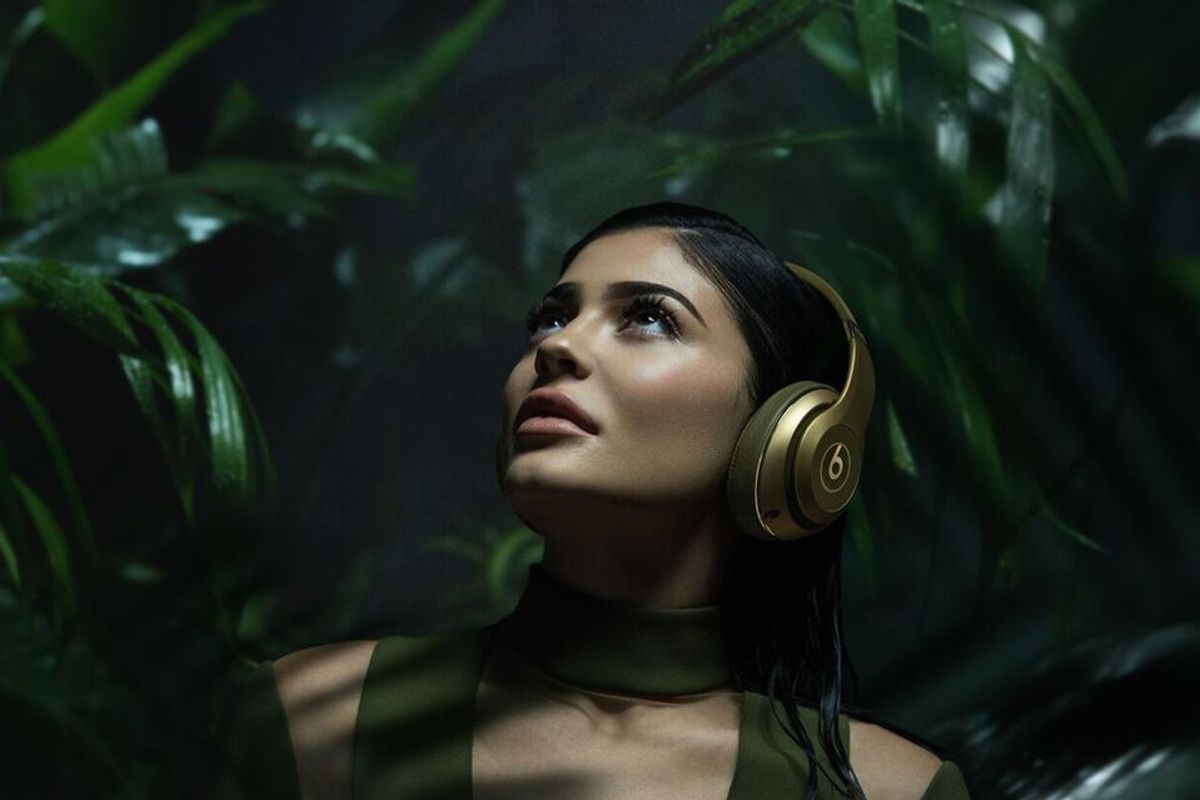 Balmain Goes Peak Millennial, Teams Up with Beats By Dre and Kylie Jenner

Balmain, the iconic French label taken over by Olivier Rousteing when he was just 24 years-old, quickly garnered the reputation for being the youth's answer to luxury fashion. Given the brand's close relationship with the Kardashian clan, it's only natural that they tapped Kylie Jenner as the face of a new collab with legendary speakers/headphones brand Beats By Dre.

The new collection are safari-themed, with each piece colored caramel-gold or khaki, which matching accents and cases. Every product is emblazoned with Balmain, and, of course, the Beats logo. Rousteing says that music and fashion are now so "intertwined" that it was only natural Balmain would jump on board with a brand like Beats.

"Anyone who's been following the story so far knows that there are two basic truths about our unique DNA: Balmain celebrates the strength and beauty inherent in diversity and sees fashion as inseparable from music," he says in a press release about the collab. "...we simply cannot conceive of one without a full helping of the other. Beats gets that, too."

Kylie, whose love for music can be seen via both her Snapchat videos and her dating history, says in the same release Beats are definitely her headphones of choice.

"Music means so much to me," she says as to her decision to front the campaign. "I can put on a song and just escape. I think a lot of people can relate to that feeling."

"No matter what you're going through," Kylie continues, "when you put on a song that you love, and that you just connect with, it can change your whole mood and just lift you up, even if it's just for a few minutes... I love that escape music gives us."

If you have a spare six hundy lying around, you can pick up the Balmain Special Edition Beats Studio Wireless, while the Powerbeats3 Wireless go for around $250. Shop them here and catch Kylie in all the different styles below.