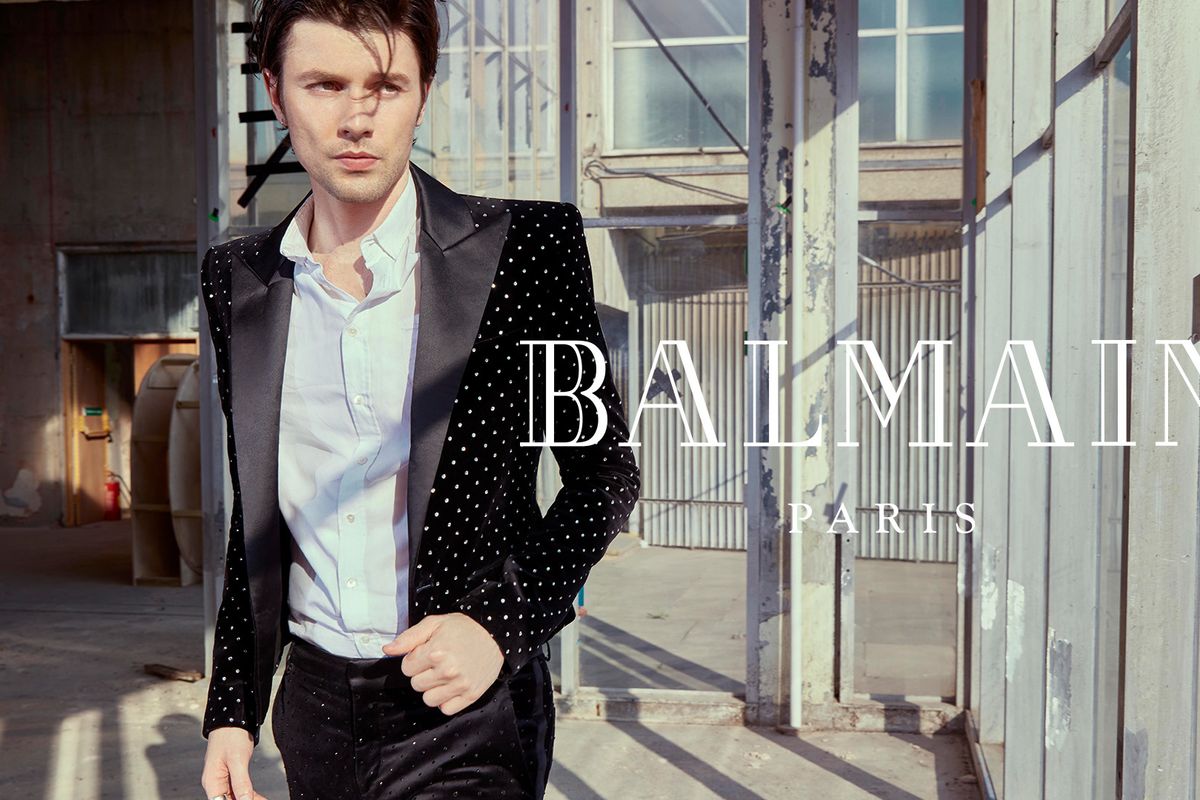 Balmain creative director Olivier Rousteing always dances to his own melody. In a new project titled "Balmain Beat," made in collaboration with British director Jake Nava (who's known for creating Britney Spears and Beyoncé music videos) and Swedish music composer Ludwig Göransson, the designer has enlisted his favorite actors, musicians, and models to create their own tune.

In July, the French fashion house unveiled a short film starring Milla Jovovich, in which the actor uses her hands, a chair, and the soles of knee-high leather boots to create a curious beat. And today, English singer and guitarist James Bay's video makes its debut on Balmain.com.

The musician, whose tour around the U.S. earlier this year sold out before it began, appears in a velvet, crystal dotted peak lapel jacket at a café table. With the taps of a metal knife on a glass and his slick ankle boots on the floor, Bay brings his own beat to the campaign. See the video, below.