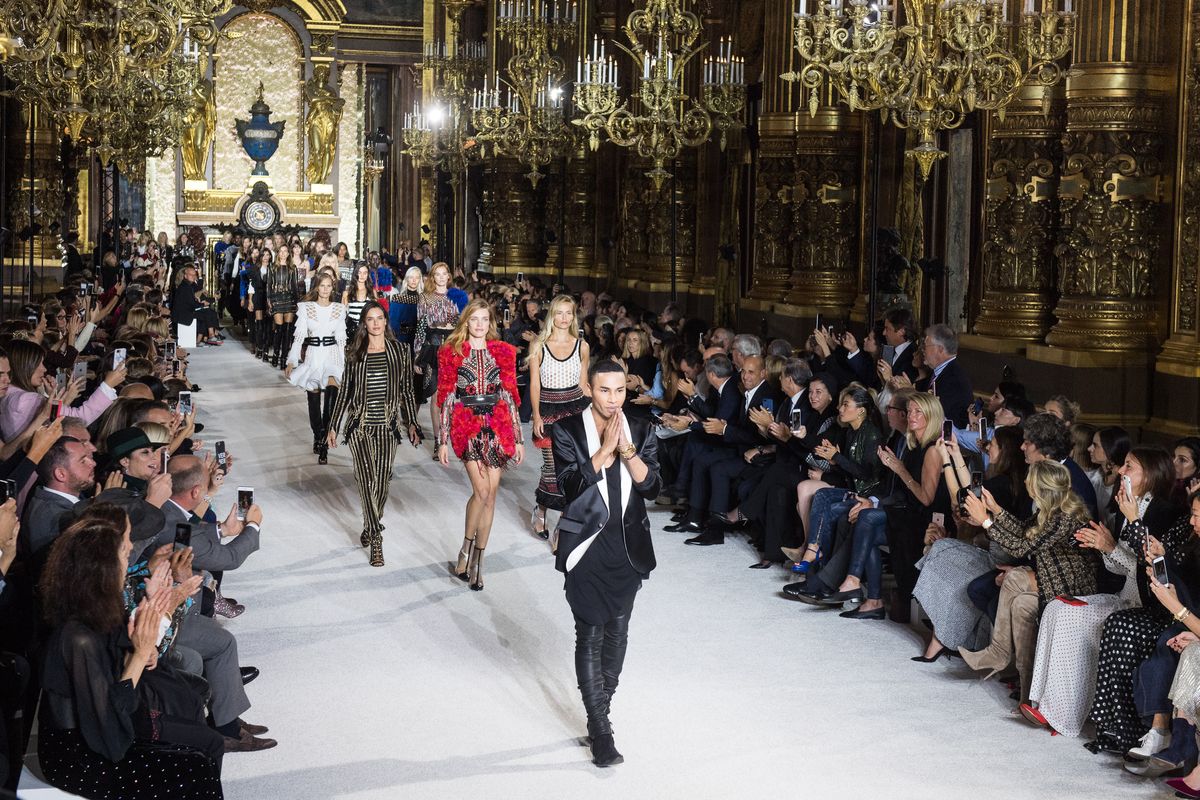 Olivier Rousteing does not like to miss a great opportunity, always using his shows at Balmain to make a statement and a scene in any way he can (that Backstreet Boys performance, anyone?). This time around, the designer seemed to notice how the world is yearning for something good to look up to, and in the fashion world, who better to warm our hearts than the gargantuan supermodels of all generations, the ones that just can't be replicated on the runway. It was a heartwarming move for the 20th anniversary of Gianni Versace's death, and as a loyal gatherer of models for his Balmain army, it's a genius move for Rousteing.

After Natalia Vodianova opened the show, every model in line for the "super" tag pre-Gigi hit the runway, including Natasha Poly, Karolina Kurkova, Anna Selezneva, and Kasia Struss, joining VS angels Alessandra Ambrosio, Josephine Skriver, and Elsa Hosk, and giving us an always-essential dose of early 00s nostalgia. The future was not ignored — OGs walked alongside brand new kids on the scene like Chu Wong and Kiko Arai — and much like Versace, it was the unity that made for a justifiably viral moment.

While the show went big rather than home, the actual collection was somewhat tamed — well, for Rousteing's standards at least. The designer perfected what he knew, creating a range of glamazon gowns, shiny knitwear, and structured pantsuits that typify how he has transformed Balmain. Beaded stripes, intricate patterns and varying methods of see-through, whether plastic or mesh, were on offer, all signature traits in Rousteing's cabinet at this point. But never one to abide by any standards, he avoided the traditional spring colors and flowy fits, opting for his signature palette of black and white and bold hues instead. These aren't the clothes you'll wear in your springtime Instagram pic in the park, but it's what will make you stand out at your party that night, and that's exactly what we look for in Balmain.

See all the standout looks from the Balmain show below.