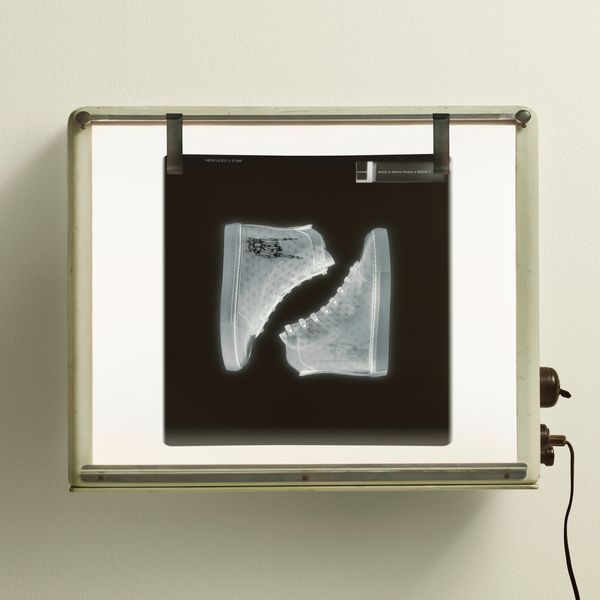 Swizz Beatz, the award-winning music producer, rapper, and businessman, is famously an art enthusiast. Last year, in collaboration with Bacardi (he serves as the spirits label's Global Chief Creative for Culture), the New York City native launched "No Commission," a series of art fairs that allow artists to keep the proceeds of their sales. He's also an avid collector who launched The Dean Collection, a body of works he's amassed since his twenties that serve as point of discovery for art enthusiasts looking for emerging talent. This fall, Swizz has teamed up with Swiss luxury label Bally on a capsule collection featuring work by British artist Shok-1.

"Bally, to me, was kind of a hallowed, mythic thing that I heard about in rap lyrics," Shok-1 explains of his teen years in the '80s, which he spent immersed in hip-hop and graffiti writing. "Fashion was a big part of a unified subculture that brought young people around the world together in a positive movement of music, dance, and art." Born and raised in Birmingham, England, Shok-1 has since received international recognition for his x-ray-centric works.

In his capsule with Bally, scans of a fruit fly, a human hand, and a skull manipulated to look like Pac-Man are printed onto a range of accessories, sneakers, and ready-to-wear rendered in black and peach. The motifs allude to a time when artists including Slick Rick, Doug E. Fresh, and Kasseem Dean (a.k.a. Swizz Beatz) became devoted Bally fans, nodding to the longstanding practice of subcultures adopting brands that weren't originally meant for them.

Available from today on Bally.com and the brand's boutiques worldwide, the collection is kicking off with a series of events in Tokyo. Shok-1's first ever large-scale mural in Japan will be installed in the capital's Shibuya district and the top floor of Bally's Ginza flagship store will be converted into a gallery space (open to the public through the end of the month) featuring select works by the artist.