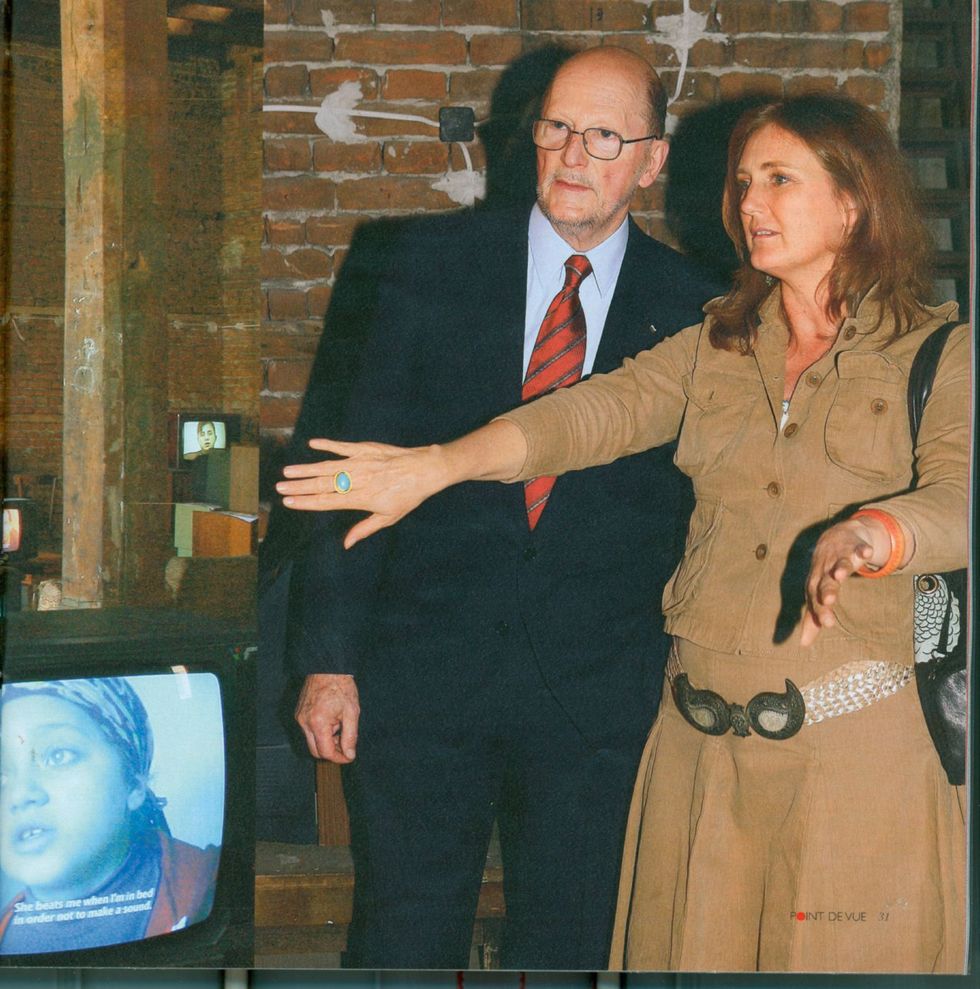 MM just loves the Balkans and here we have the former King/former Prime Minister Simeon Saxe-Coburg. Now not too many people can claim BOTH those titles. MM remembers when Simeon threw his hat into the political ring. MM was HORRIFIED at the thought of a royal, who MM thinks should be above politics, running for public office. Simeon promised significant improvements in the lives of the Bulgarian people in 900 days and, not surprisingly, many people felt that promise wasn't kept and Simeon later lost his bid for reelection.

Here he is with Archduchess Francesca Habsburg (nee Baroness Thyssen), wife of the heir to the Austrian throne. She's showing him a video installation that features interviews with survivors of the Bosnian War. The Archduchess does lots of arts related things in the region.

Here is an interesting article about Simeon.