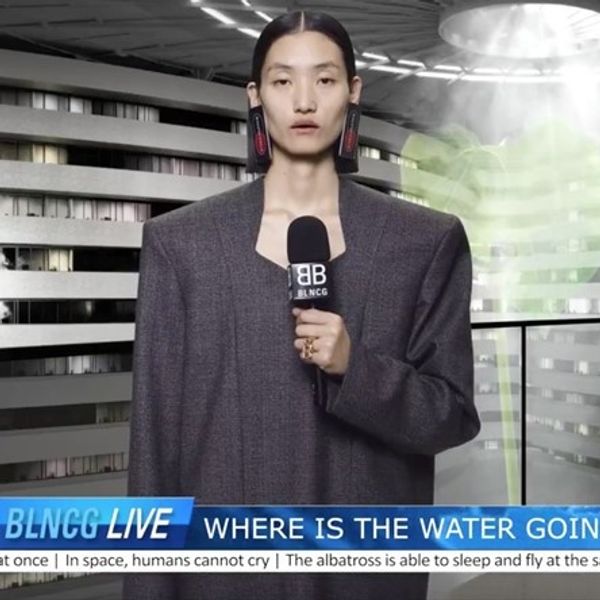 Balenciaga is turning up the ante this season with a campaign video satirizing the many political issues plaguing our world. Created to mimic an evening news broadcast, the video features several models dressed like news anchors with their faces manipulated using prosthetics — much like the brand's Spring 2020 show.

Related | How Long Until We're All Wearing Prosthetic Cheekbones?

Directed by Will Benedict, the fake journalists can be seen reporting on a bizarre set of events including the end of traffic jams, planets getting repositioned and a made up political campaign. Possibly as an extension of the campaign, the brand's Twitter page currently features no tweets, in a way reflecting the false promises and lies told by politicians during campaign trails to win elections.

The video follows Balenciaga's Spring 2020 show, which was staged in an EU conference room. Reportedly, they filled the space with extra cool air and heavy industrial music to make it uncomfortable as commentary on climate change.

Supporting the video, there's an identical series of pictures shot by political photographer Laurence Chaperon that show Balenciaga models as real life politicians making bogus declarations such as "Power of Tomorrow" and "Love is for Everyone."