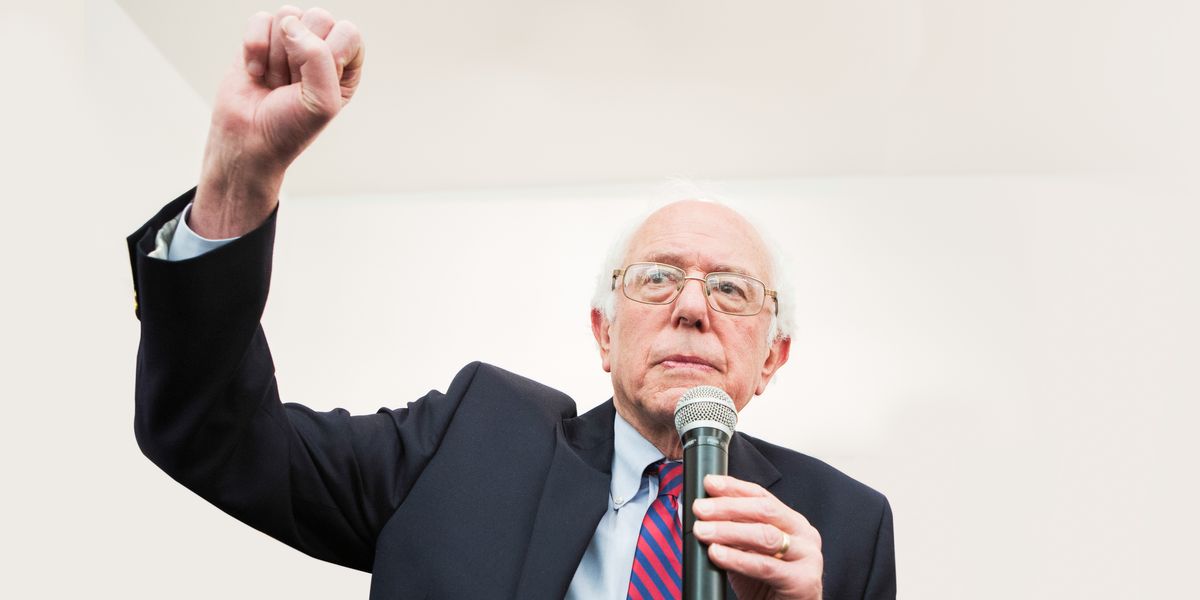 It was only a month and a half ago when fashion lovers everywhere collectively squealed as Demna Gvasalia, Balenciaga's most recent creative director, sent a slew of male models down the runway wearing clothes that prominently displayed a new logo. Fashioned from the Bernie Sanders presidential campaign, this new logo replaced the original's "Bernie 2016" slogan with the more fitting "Balenciaga 2017."

Yesterday, when the house showed their Fall/Winter 2017 ready-to-wear women's collection, Demna made sure to capture some of that viral glee again. This go-round, however, instead of slapping the logo on bomber jackets, t-shirts, and oversized blanket scarves, Mr. Gvasalia used it on red and blue pointy toe heels.