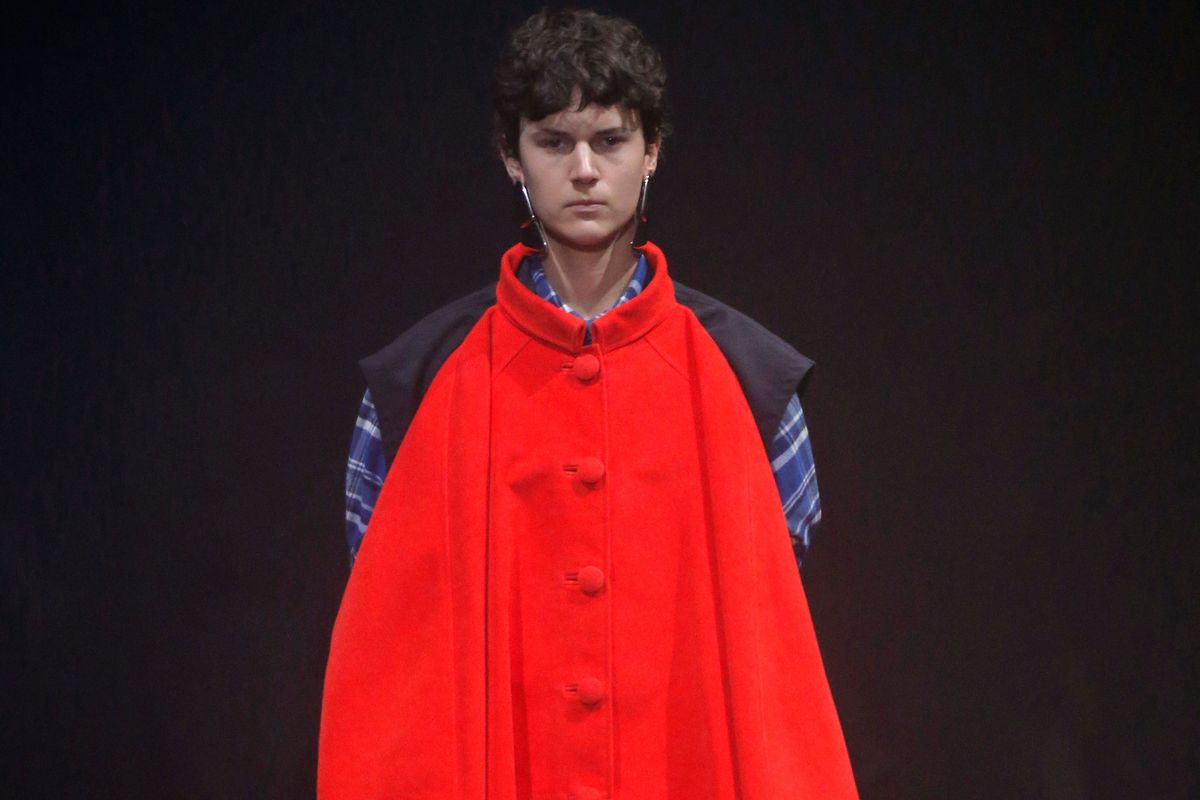 Balenciaga Got Twisted and Made Crocs Cool in Spring 2018 Show

Ever since Vetements founder and style game-changer Demna Gvasalia took over as creative director of Balenciaga, in what was seen as a bold move for the legendary fashion house, the designer has slowly but surely taken us farther and farther away from the dramatic structures and pristine elegance that made Balenciaga a household name. Of course, Gvasalia has taken cues from Cristóbal Balenciaga and filtered the founder's traits through his own forward-thinking lens, but never has he taken the house so off-path — until today. The results are nearly unrecognizable, but pushes Balenciaga to the forefront of fashion more than ever.

On paper, the Spring 2018 offerings seem par for the course — pencil skirts, knit sweaters, and trench coats all line the collection, and their exaggerated dimensions are standard for both the house and Gvasalia (although it's not quite as intense this time). But how they're worn is a wonder of its own. The amount of layering, especially utilitarian vests and nylon jackets, nearly reaches kindergarten-chic levels. Coats hang off the models necks, with the edges of full looks peeking through. Naturally, patterns clash more than your family at Thanksgiving, but this time you're in awe rather than annoyed. With any other brand, these methods can be too chaotic, but this is where Gvasalia's expertise lies. The chaos became chic, even just slightly understated, always with an eye on what the average person wears.

Formerly overdone patterns like newsprint and dollar bills make a grand return, receiving the head-to-toe treatment on leggings and flowing tops, while scenic landscapes — think that one magical sunset you saw driving years ago, or the Swiss mountains you've dreamt of driving through — get beautifully translated onto the most vivid trousers you've ever seen. Clearly, these looks were seemingly created with Rihanna in mind (who could pull it off better?). Whether she'll take the bait remains to be seen.

But even with the jarring undercurrent running throughout the collection, nothing could outshine the Crocs brought out as part of the finale looks. Yes, actual Crocs. The classically ugly but recently chic footwear, known for their comfort and versatility, got transformed into a goliath platform sneaker, complete with some Balenciaga-d gems and flowers in the holes of course. In essence, Crocs are now a glam and statement-making shoe, a very jarring thing to realize. But Gvasalia being the one to make it happen isn't shocking in the least. This collection lets his cutting-edge techniques and rule-breaking fashion regime shine the most of his ranges so far at Balenciaga. And while it's not emblematic of what Balenciaga was, it perfectly captures how it's going to remain a leader in fashion.

See every look from the insane show (and a close-up of the Crocs) below.