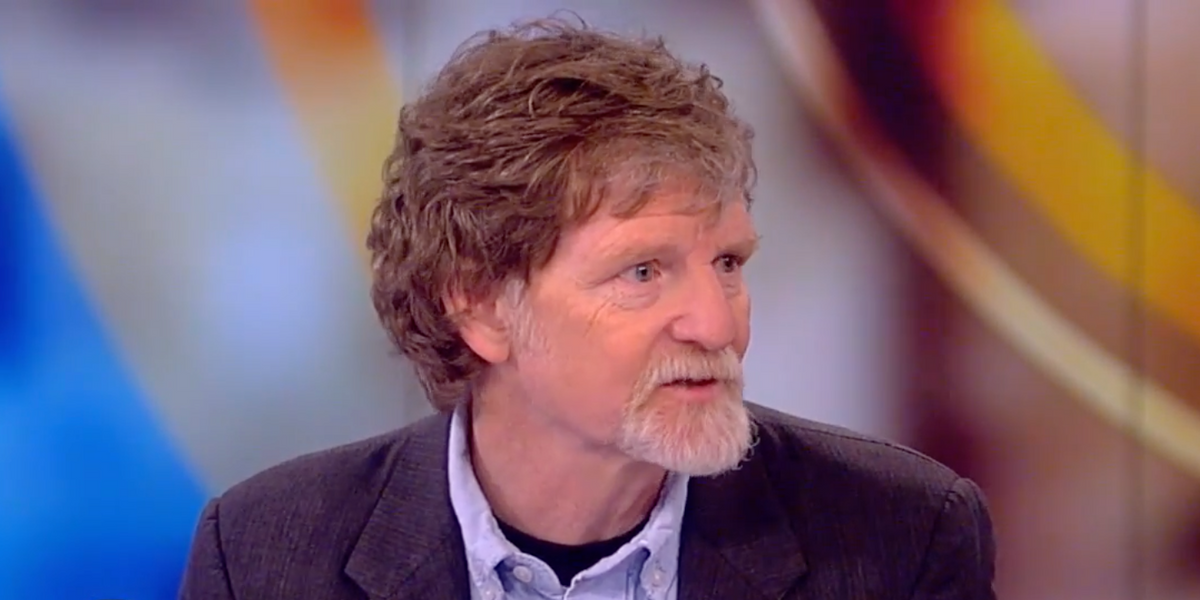 Jack Phillips, owner of Masterpiece Bakeshop and epicenter of a major upcoming Supreme Court case, appeared on The View last week to defend his decision to not make a cake for same sex weddings and to stand up for law firm Alliance Defending Freedom, who has repeatedly attempted to fight against LGBT rights and protections across the country.

"I believe that the Bible clearly teaches that marriage is between one man and one woman," Phillips claimed. "I'm not judging these two gay men who came in. I'm just trying to preserve my right as an artist to decide which artistic endeavors I'm going to do and which one's I'm not." This would be a valid stance if his motivations were not discriminatory in nature, but alas.

The baker then assumed the position of Jesus himself, at the urge of host Paula Faris, and went on to theorize how he would have approached the situation. "Would Jesus have made the cake? I don't believe he would have, because that would have contradicted the rest of the Biblical teaching." Joy Behar drew a line in the sand at that and stated "You can believe the Bible and everything but Jesus, that's a deal breaker. Jesus is gonna make the cake."

During the intense interview, Phillips confirmed that he decided to stop making wedding cakes for any couple, straight or gay, in order to avoid similar backlash (at least he's being somewhat neutral). He also said that he would welcome back the couple who filed discrimination charges against him, Dave Mullins and Charlie Craig, with open arms. "These two gentlemen are welcome in my store today, they're welcome in my store every day — I welcome everybody that comes in," he said. "I don't make every cake for every event."